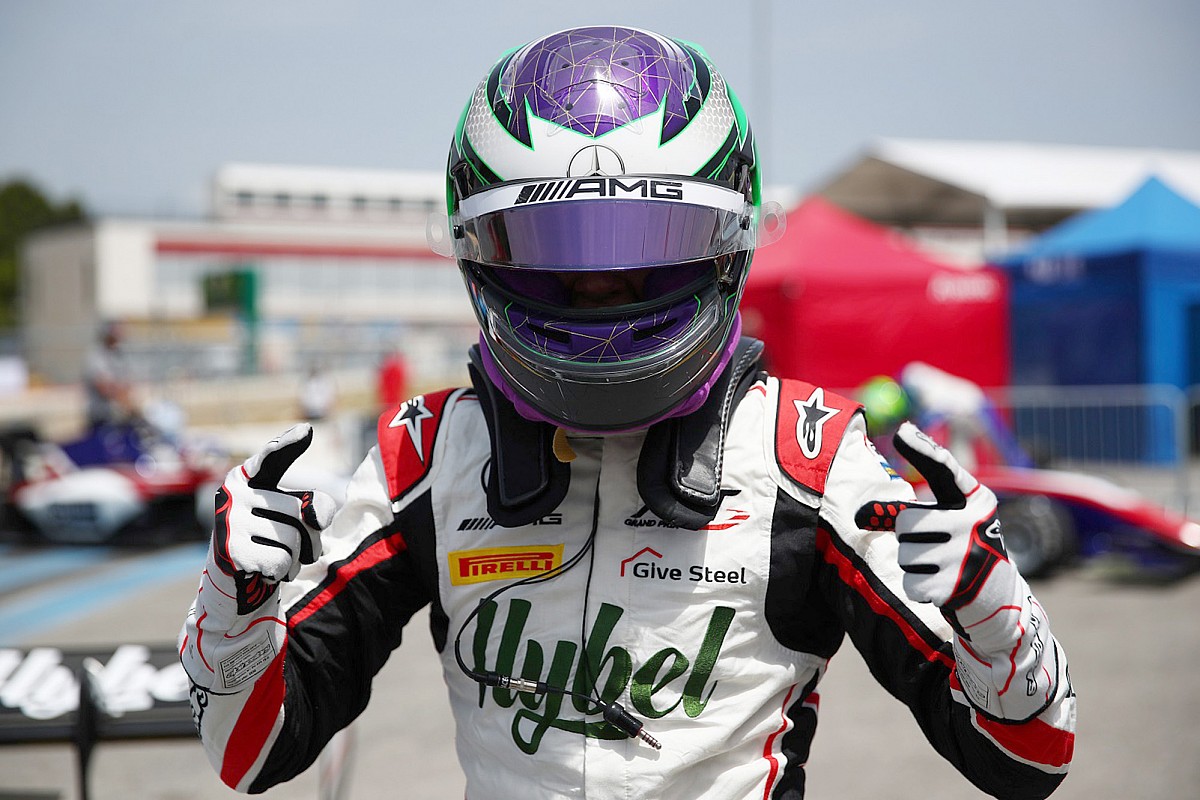 Frederik Vesti is back. The ART Grand Prix driver, considered one of the favorites for the final success, after the opaque weekend in Barcelona managed to redeem himself at Paul Ricard by taking pole for Race 3 by force.

Vesti obtained the best time without obtaining partial records in any sector, but putting together an extremely clean lap that allowed him to stop the clock at the reference of 1’50 ” 882 and become the only rider able to go below the wall of 1’51 ”.

Whoever had to chew bitter is undoubtedly Dennis Hauger. The championship leader, after shining in the Free Practice, had to settle for the second time with a gap of 1 tenth from Vesti. Hauger tried in the last attempt to snatch the pole from the Dane, but he absolutely failed to improve.

The second row will open with Victor Martins starting from the third box. The Frenchman exalted himself on the home track and confirmed that he is one of the best interpreters on the flying lap. Now, however, he will have to demonstrate that he has an excellent pace also in the race and that he has understood the management of the Pirelli.

Alongside Martins, Jack Doohan will start from fourth position. The Trident team driver also confirmed to Paul Ricard that he had found an excellent feeling with the Italian team’s car and closed the session with a time of 1’51 ” 165 and a gap of only 2 tenths from pole.

The third row will also see an alternation between MP Motorsport and Trident. Caio Collet in fact signed the fifth fastest time in 1’51 ” 187 placing himself by a few tenths in front of Clemente Novalak, while the fourth row will see Alexander Smolyar and Ayumu Iwasa start from the seventh and eighth box.

If the time trial of the Russian did not make the news, the performance of the Japanese from the Red Bull nursery was amazed, able to close the round as the best driver of the Hitech GP even if with a delay of 6 tenths from the time signed by Vesti.

Juan Manuel Correa’s qualifying session was definitely positive. The ART Grand Prix driver, fresh from signing with the Sauber Academy, achieved the ninth time in 1’51 ” 503, just 22 thousandths ahead of an ever-present Logan Sargeant.

Too bad for Matteo Nannini, forced in the final seconds to the thirteenth time after making a mistake in the last attempt available that could have allowed him to enter the top 10, while Lorenzo Colombo closed the session with the eighteenth time.

Finally, bad luck for Arthur Leclerc forced to raise the white flag in the opening stages due to a contact that knocked out the front left suspension of his Prema and forced the race direction to display the red flag.