F3 | Bahrain Test, Day 3: Hadjar confirmed himself at the top 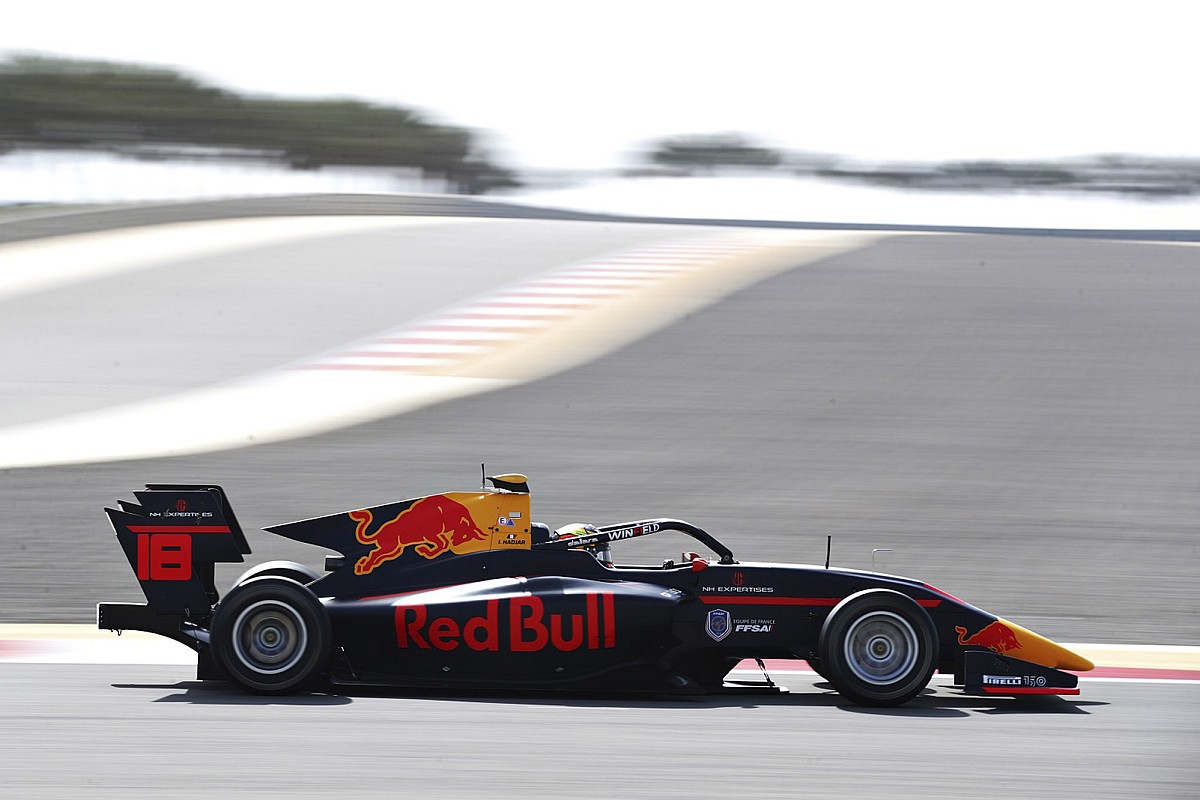 After obtaining the best time on the second day of testing, Isack Hadjar repeated himself today on the last day of testing on the Bahrain track.

The French driver of the Red Bull nursery, as happened yesterday, hit the reference time in the morning by stopping the clock at 1’47”247, thus also obtaining the best time of the three days of testing.

Behind Hadjar shone some of the most anticipated names for this season like that of Jak Crawford. The American from Prema, also part of the Red Bull nursery, closed the morning session with a gap of 3 tenths from the top, putting the 2021 champion of the Formula Regional European Gregoire Saucy behind him.

The Swiss hit the time of 1’47”719 as his best personal reference, confirming an excellent feeling with the new category where he will debut with the ART Grand Prix team that had already supported him in the last two years.

Good also Caio Collet, fourth with a gap of half a second from Hadjar’s time trial, who preceded his teammate Alexander Smolyar and the spearhead of Campos Racing: David Vidales.

The Spaniard finished the morning session with the sixth time in 1’47 ” 971, finishing ahead of Victor Martins by just 23 thousandths.

Kaylen Frederick was the first not to go under the wall of 1’48 ” stopping the clock at 1’48 ” 005 and preceding the new Williams Academy signing Zak O’Sullivan by 11 thousandths, while Roman Stanek, Expected as the top driver of the Trident team, he completed the top 10 in the morning with a time of 1’48”040.

The weather conditions that the Formula 3 drivers encountered in the afternoon made it impossible for the session to run smoothly. A sandstorm, in fact, forced the course managers to interrupt the shift early due to the track being impracticable.

Stanek won the afternoon session, at the top with a time of 1’48 ” 142, ahead of Ushijima and Zane Maloney, already the fastest at the end of the first day, while Franco Colapinto and Jonny Edgar finished in top 5 with the Argentine author of the fourth time in 1’48 ” 975 and the pilot of the Trident team fifth with a gap of 9 tenths from the top.

The considerable amount of sand present on the track, which also created visibility problems, prevented the pilots of the third series from being able to complete the planned race simulation program.

The top 10 of the last test session saw Rafael Vilagomez set the sixth time in 1’49”200 in front of Hunter Yeany and Kaylen Frederick, while David Videles and William Alatalo finished respectively with the ninth and tenth time and a delay. from Stanek’s time of 1”093 and 1”105.

For Formula 3 drivers and teams, now is the time to analyze the data collected in these three days and then be ready for the first round of the year which will start from Bahrain in two weeks.

See also  The President, Vice President and Mohamed bin Zayed congratulate the Governor-General of Grenada on her country's independence day

Microsoft suspends all new sales of products and services in Russia

Alejandro Basteri, brother of Luis Miguel, confesses why he does not frequent the ‘Sol de México’

Ceará is eliminated in the quarterfinals of the State – ISTOÉ DINHEIRO