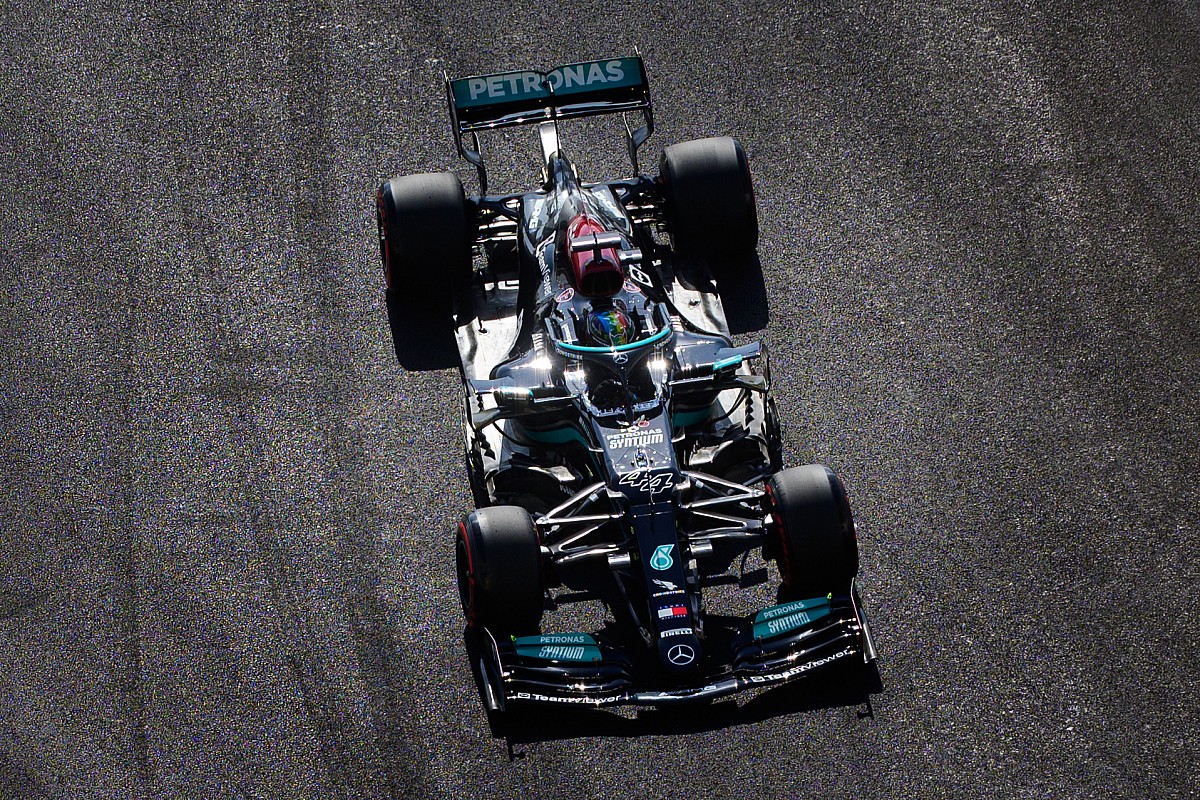 The all-out clash between Red Bull and Mercedes has reached an intensity that makes every scenario credible, including that of playing with hole cards to provide as few references as possible to the opponent. The suspicion arises by analyzing what emerged from the first day of activity on the track of the highly anticipated weekend in Abu Dhabi, with crossed data that have reversed the results of a week ago at the Jeddah circuit.

In the qualifying simulation Lewis Hamilton emerged with arrogance, 0 ”343 faster than a surprising Esteban Ocon and 0” 641 faster than Max Verstappen, fourth behind Valtteri Bottas as well.

Red Bull in crisis? Not even a dream, given that after the qualifying simulations the long-runs began, and the results presented a very different scenario. Verstappen took to the track on soft tires, completing eight laps at an average of 1’28 ”409, before covering another four laps on medium tires in 1’28” 102.

A frenzied pace, that of Max, as confirmed by the findings of Hamilton and Bottas. The two Mercedes drivers used only medium tires, covering twelve and fifteen laps respectively with an average time of 1’29 “113 (Lewis) and 1’29” 167 for Bottas. Figures that at a first reading could suggest a Mercedes alarm in view of Sunday’s 58 laps, but in the world champion box there does not seem to be any concern.

Net of the petrol loads and the power unit mapping, the findings seem to be anything but.
“In terms of pace, I think it is still an unknown factor – commented Hamilton – and I am sure that everything will be as close as in the previous race weekends”.

“We are still learning and understanding some things – explained Verstappen – obviously the qualifying simulation did not go as planned, but the long-runs were competitive and this aspect in view of Sunday is very important”.

In the Red Bull garage the ‘construction site’ was very active throughout the FP2 session, with continuous checks and height changes to find the right compromise between aerodynamic load and the risk of paying a high price in case of passage on the dreaded curbs of Turn 5 and Turn 9. And also in this case, Max’s pace in the qualifying simulation is still a long way off from what he will show in Q3. 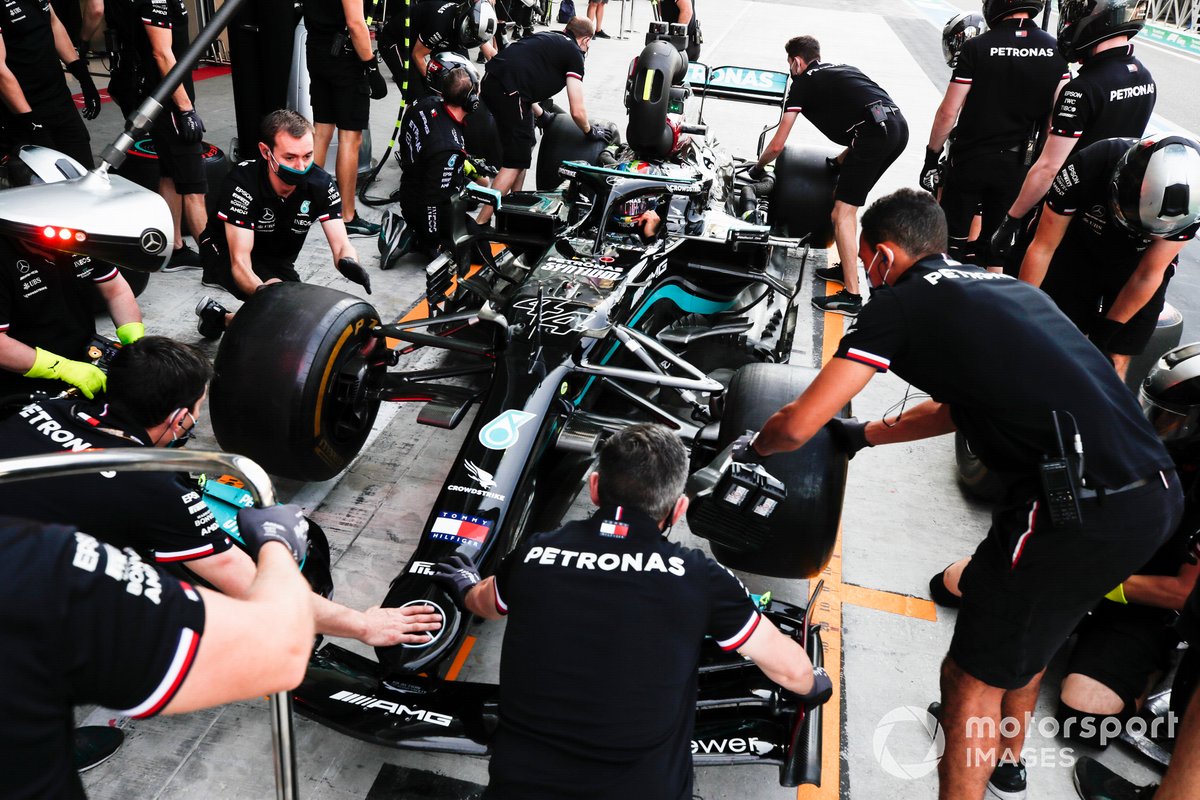 Lewis Hamilton, Mercedes W12, in the pits during practice

The chess game will become a little clearer tomorrow, at least as far as the flying lap performance is concerned. The intriguing aspect of this world championship is the difficulty in being able to have a clear picture of the values ​​on the field, but among many insiders it is Mercedes that garnered the most support. “We wait to see them on the track with the freshest engines before making assumptions,” commented an opponent technician, and it is a shared opinion.

See also  Eclectic, she loves Sagan and Vos, she will race with Pogacar: she is Silvia Persico, the bronze revelation

The two top teams traveled with very conservative power settings, as confirmed by the exploit of Ocon who was able to allow himself a few more horsepower. 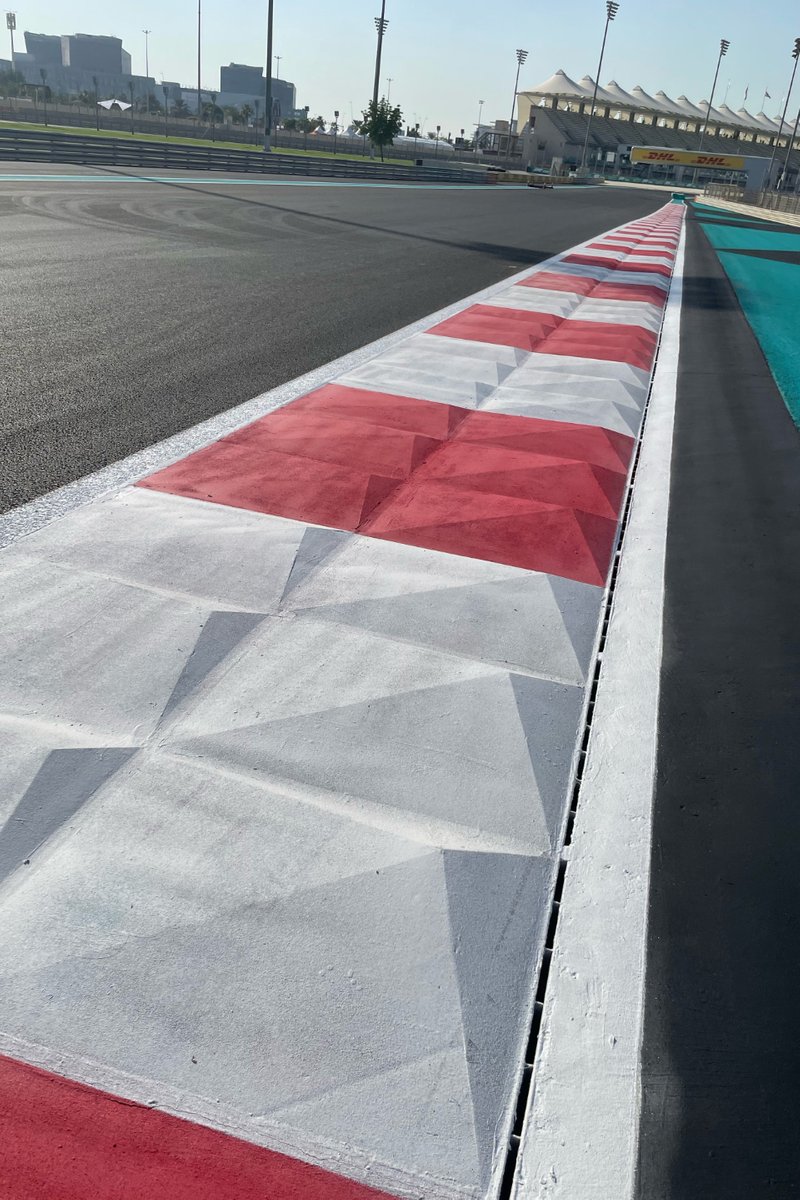 What made everyone agree were the changes to the Yas Marina circuit, promoted by the drivers who confirmed a more captivating and less boring track than the previous version.
“I like the track – commented Hamilton – the changes have made driving more fun and much smoother. The only aspect on which I have reservations is that linked to the possibility of following an opponent, in my race simulation I found myself behind Perez and it was not easy to stay in his wake, but I think it will be better than in the past “.

“It’s more fun – was Verstappen’s comment – the fastest corners are always more fun for a driver, and even in the last sector the small changes they have made still allow for a more… rounded radius. In general, what they have brought to the track is a positive change ”. 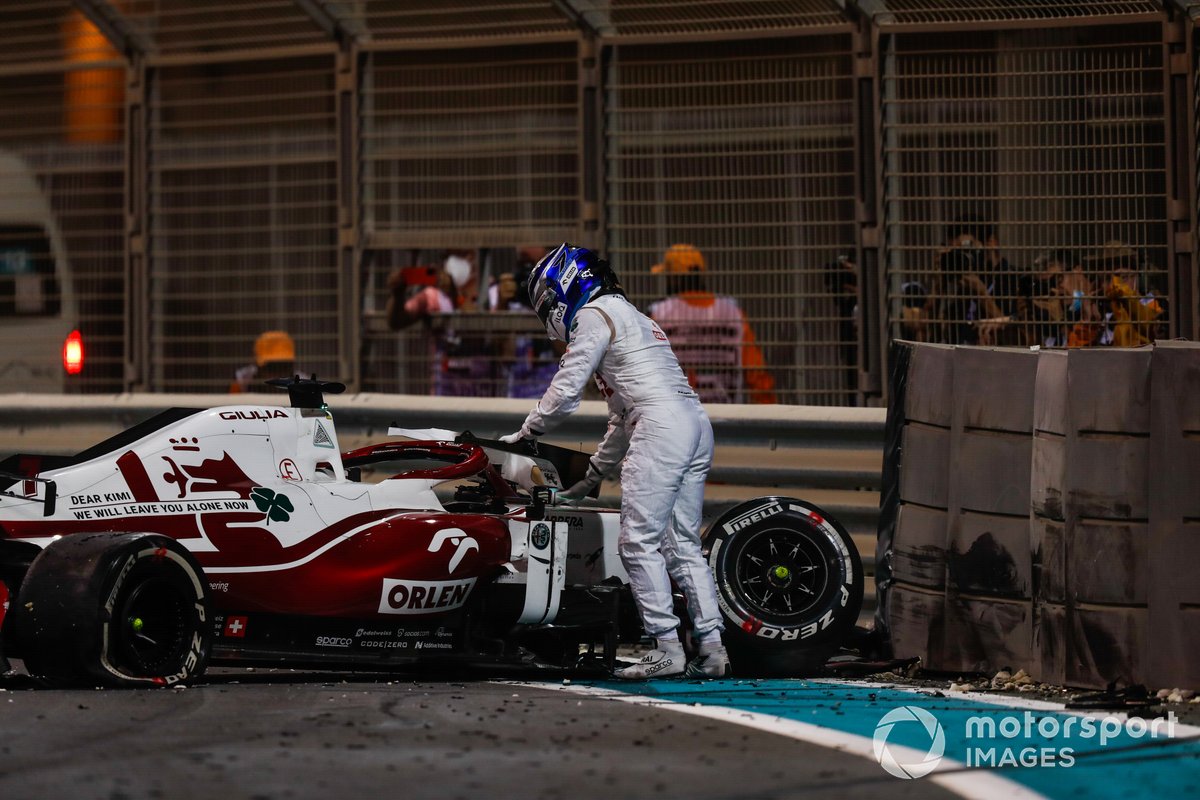 Kimi Raikkonen, Alfa Romeo Racing C41, gets out of his car after the accident in FP2

While the new layout of Yas Marina has garnered support, there are still concerns about the curbs on the outside of Turn 5 and Turn 9. In the two sessions held today, the drivers followed the directions of the teams, that is to stay as far away from the curbs as possible. avoiding damaging the wings and bottom.

A recommendation that worked well, also because the availability of spare parts is now reduced to the bone, and any damage increases the apprehension of the teams.

During the late evening today, Michael Masi will evaluate whether or not to intervene in the offending points. Pirelli’s suggestion is a milling aimed at reducing the height of the curbs, but on Thursday evening the intervention was not deemed necessary pending evaluation of the drivers’ behavior in the first two free practice sessions. However, what the Losail weekend confirmed is that the riders use all the spaces available in qualifying and in the race, when it comes to filing a tenth. We will see if the FIA ​​will take this into account. 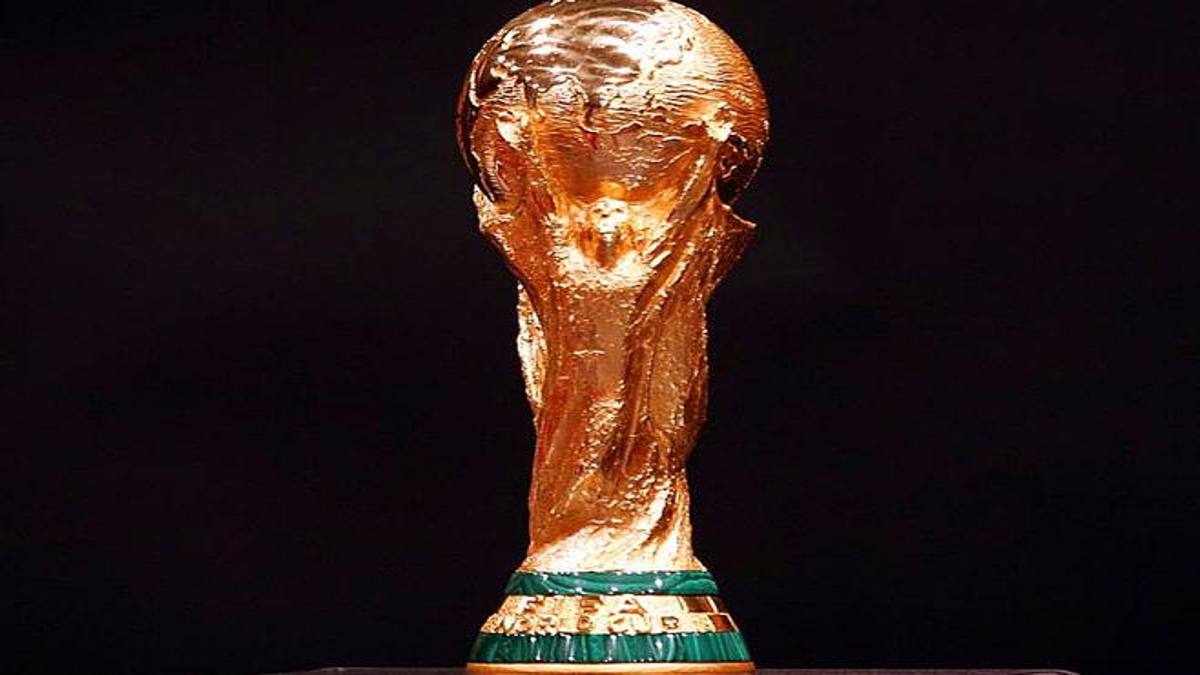 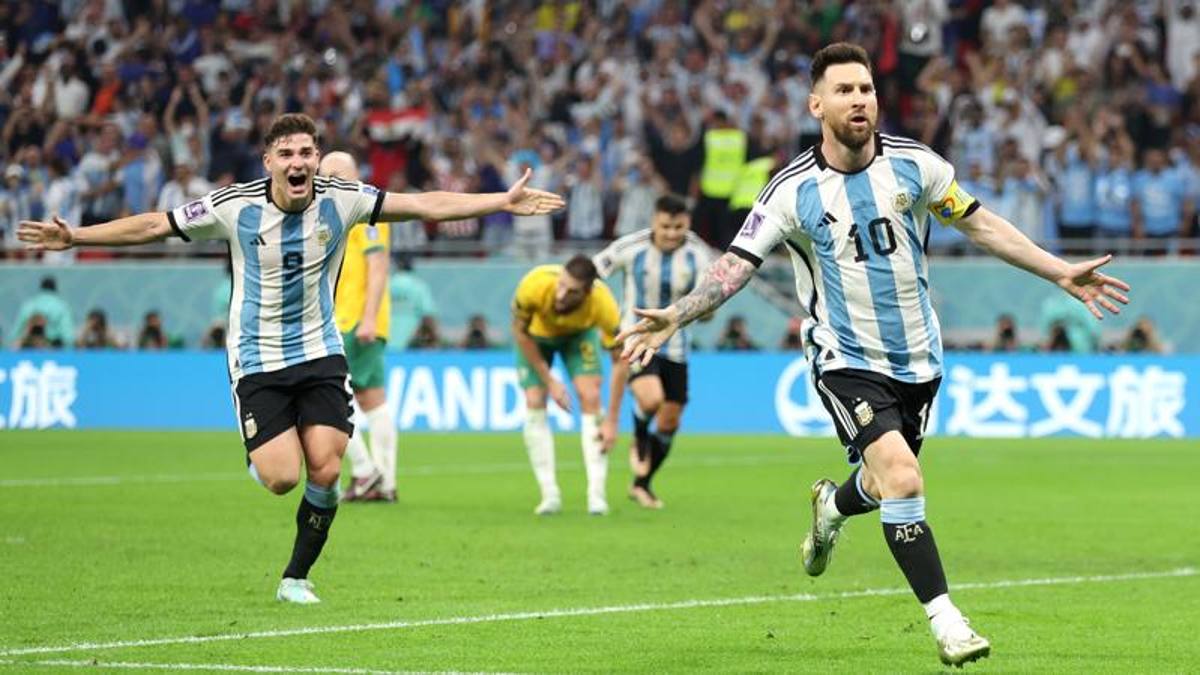 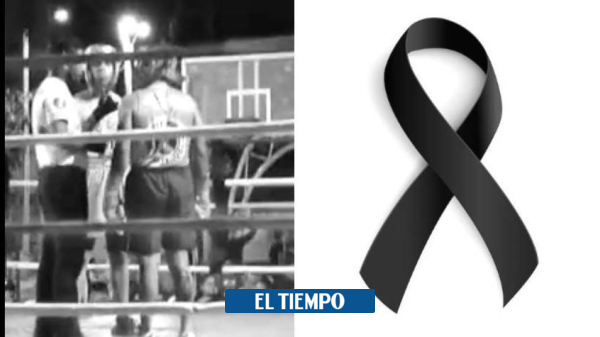