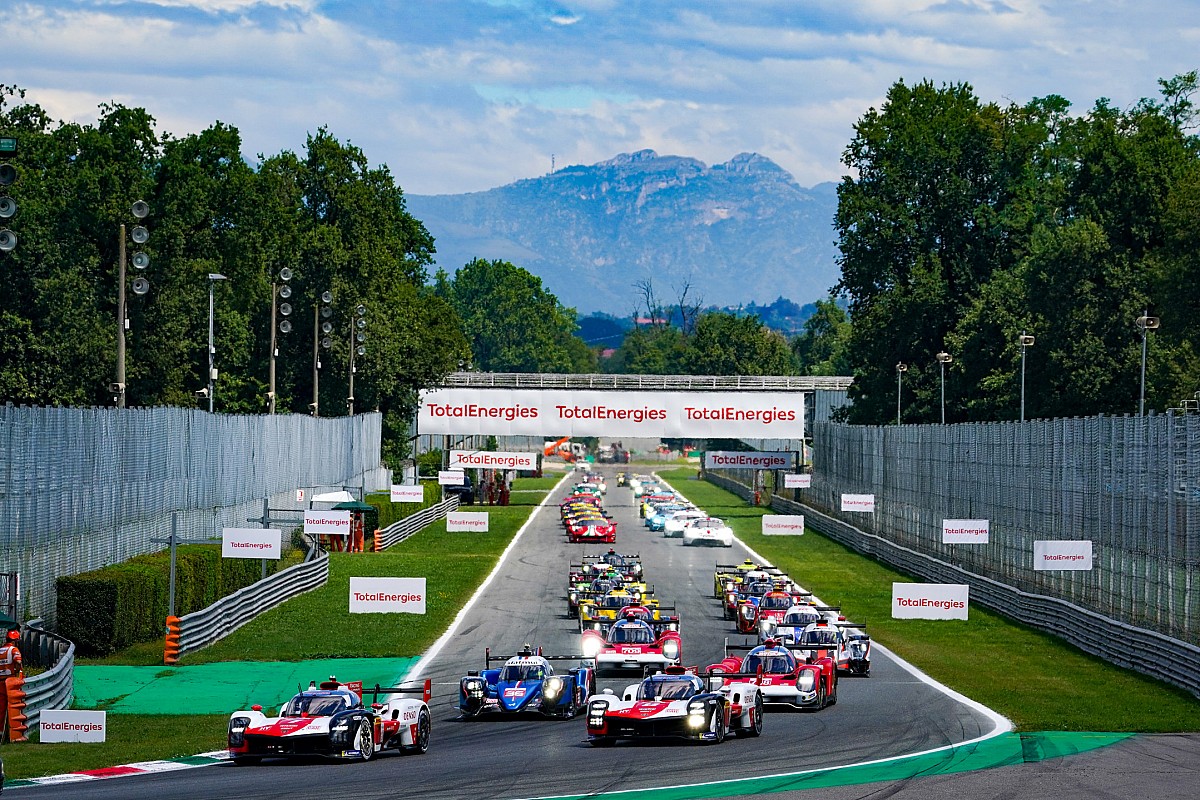 The LMH regulation was introduced as a replacement for the LMP1 category, in an attempt to reduce costs in high-end endurance racing and increase its appeal to manufacturers, after manufacturers like Audi and Porsche withdrew leaving Toyota as the sole participant.

The Japanese created the GR010 HYBRID for the start of the WEC 2021 season, while the American Glickenhaus added its hybrid-free 007 LMH from round two at Portimao.

There is still an LMP1 car in the series, with Alpine fielding its ORECA-designed A480 (formerly Rebellion R-13) taking advantage of the fact that regulations allow for non-hybrid cars.

But what are the similarities and differences between LMH cars and their Formula 1 counterparts? Let’s take a look.

Who is faster between F1 and LMH?

F1 cars regularly exceed 300km / h, but so far in 2021 the fastest speed during a race recorded in the championship has been 350km / h thanks to Lando Norris at Paul Ricard. However, higher speeds are expected from Monza and Mexico City races, where cars have significantly less downforce due to Monza’s high-speed layout and Mexico’s high altitude.

The WEC has already visited Brianza this year, with the highest speed during the 6 Hours of Monza established by Romain Dumas’ Glickenhaus, which reached 317km / h, equaled by Pipo Derani with the other LMH 007 and by Brendon Hartley in the # 8 Toyota during the third free practice session.

Speeds will be higher on the long straights of the Circuit de la Sarthe in Le Mans: Louis Deletraz hit 349km / h in the Hyperpole last year behind the wheel of a Rebellion-Gibson R-13. But the new LMH formula has significantly increased the weight of the main category and the Toyota GR010 is about 1040 kg compared to the 878 kg of base weight that the LMP1 had, in addition to the fact that the peak power is lower since there is the hybrid system energy recovery, so maximum speeds are expected to drop compared to 2020.

Who has the most horsepower between LMH and F1?

With two energy recovery systems added to the 1.6-liter V6 internal combustion engine in an F1 car, a 2021 single-seater produces around 1000hp, although this is not entirely confirmed by the engineers. themselves.

The LMH regulation sets a total power limit at 520kW or 670hp, including all powertrain components in the interest of ensuring open competition. However, the design of the engine is free, allowing manufacturers to choose their configuration and displacement. Energy recovery systems are optional, although hybrid power deployment is tuned to eliminate any unfair advantage over cars that don’t.

F1 cars currently have a drag reduction system (DRS), which allows the driver to open the rear wing to cancel down the effects of downforce, giving them a greater chance of overtaking. This is limited, in a race situation, to being 1 “from the car in front of you. Drivers were previously allowed to change engine modes during a race, but this was limited in the middle of last season to allow the use of a single map for both qualifying and the race.

The LMH rules no longer allow hybrid power to be used as a push-to-pass overtaking tool: the power curve is defined for each car by the Balance of Performance for each race. The power of the front axle can only be used above 120km / h to ensure that there is no traction advantage for cars that have all-wheel drive out of low-speed corners.

Differences on Qualifying formats between WEC and F1

F1 qualifying takes place in three parts: Q1, Q2 and Q3. Q1 lasts 18 minutes with all 20 cars attempting to set fastest times. The five slowest are eliminated and classified in their relative positions on the grid, while the remaining 15 go to Q2. This lasts 15 minutes and here too the slowest 5 are eliminated, with the first 10 moving on to the final phase, in which it is decided. pole position and squares up to 10th place.

The top 10 start the race mounting the tires with which they recorded their fastest lap in Q2, but have the free choice on which tires to use in Q3 to assault the pole in the 12 minutes allotted.

The WEC has a more traditional system that includes two 10-minute sessions, one for the Hypercar and LMP2 classes, and another for the GTE Pro and Am: the fastest lap of each qualifying driver sets the grid. One point is awarded to each of the drivers of the car that gets the pole in the four classes.

At the 24 Hours of Le Mans the format is different because there is the Hyperpole, introduced last year. The first six cars of each of the four classes that came out of the 45 ‘of Qualifying on Wednesday access the 30’ of the Hyperpole session on Thursday.

Race format, the differences between WEC and F1

Formula 1 races last up to a maximum of two hours, excluding red flag stops, and take place on the shortest distance exceeding 305 km, with the exception of the Monaco Grand Prix which takes place over approximately 260 km. During the race, each car must use at least two of the three named tire compounds supplied by Pirelli, and pit stops can only be used for tire changes and repairs, following the refueling ban introduced from 2010 onwards.

WEC races are much longer, hence the term “endurance races”, and most of them last six hours. There are two eight-hour races in the 2021 calendar, at the Algarve circuit in Portimao and the second race in Bahrain at the end of the season, while Le Mans lasts 24 hours.

The minimum duration is four hours, according to the format tested in the 2019/20 season.

This means that multiple drivers share each car, and there are regulations in each category that impose minimum driving times for each driver. Endurance races also assign each driver a category – bronze, silver, gold and platinum – based on previous experience and results, and the LMP2 and GTE Am categories have established combinations of permitted rider categorizations. This does not apply to the Hypercar class, which is forbidden to the Bronzes.

Differences in scores between F1 and WEC

The WEC treats each category as a league of its own, and awards points to a team in relation to their position in the class.

Unlike the WEC, Formula 1 awards one point for the fastest lap of the race, provided it was achieved by a Top 10 driver at the checkered flag. There are no points for pole position, nor for those who finish beyond 10th place. 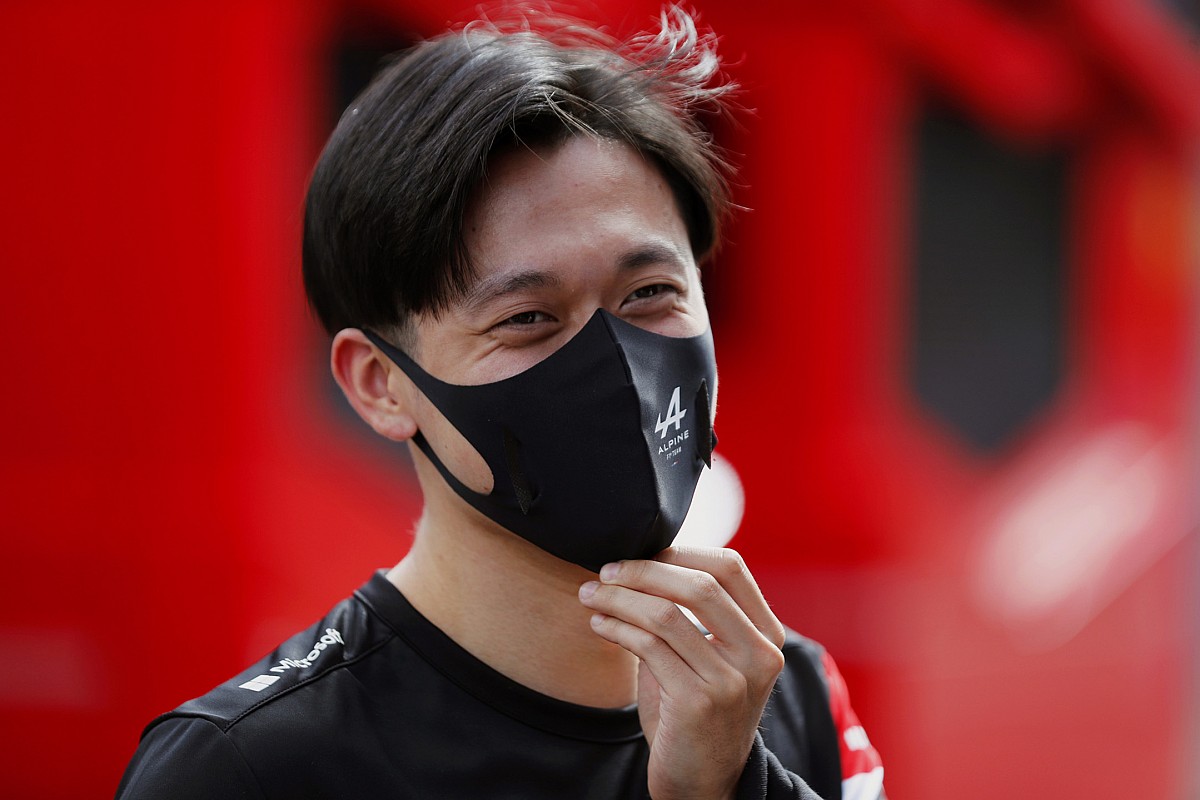