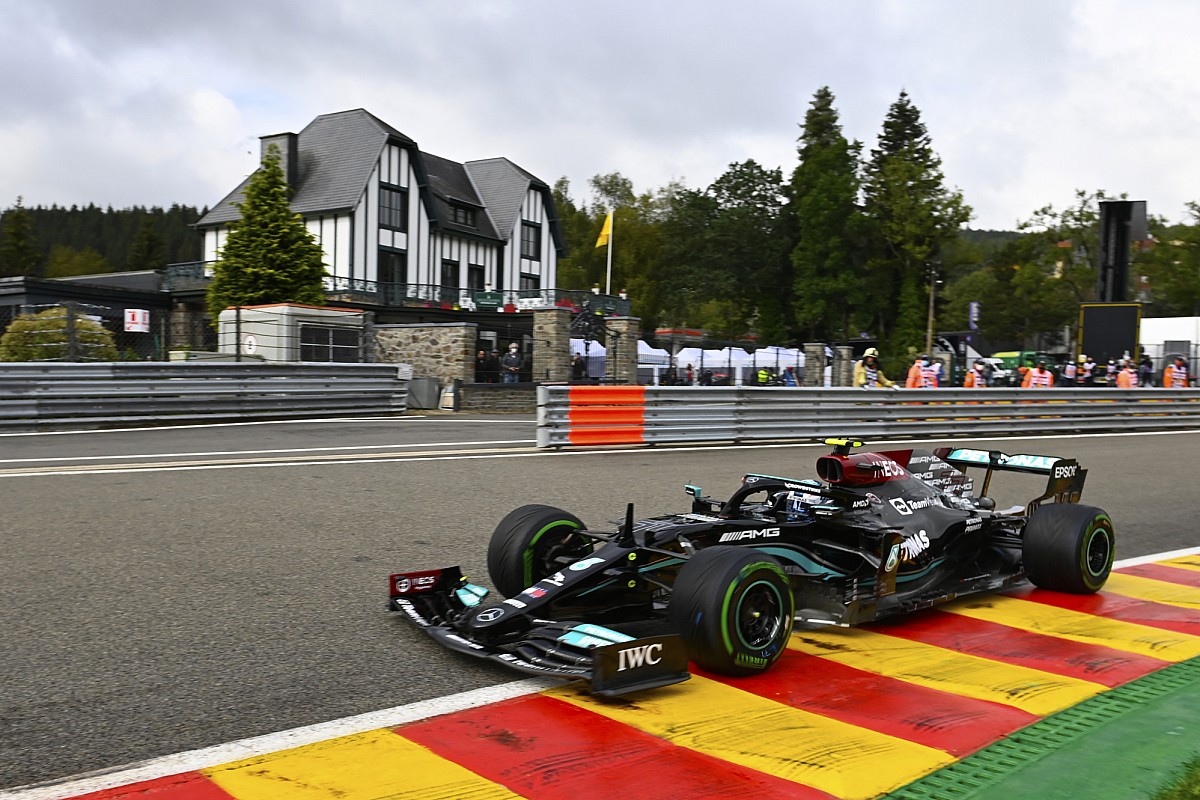 Max Verstappen second, Lewis Hamilton eighteenth. The two contenders for the world title are light years away. In front of everyone Valtteri Bottas with the Mercedes capable of 1’45 “199 in the first free practice session of the Belgian GP, ​​which began and ended with a few drops of rain that did not wet the asphalt of the Ardennes track.

The session started with Red Bull and Mercedes doing very different jobs with their respective single-seaters shod with hard tires. The Dutchman surprised everyone by reaching an amazing 1’45 “905 with two short white runs, while Hamilton with more fuel on board dedicated himself to an 11-lap long run to discover the consistency of the C2 tire.

Then mounted the soft tires Valtteri Bottas closed a clean lap which gave the measure of how competitive the Mercedes W12 is, leaving Vestappen at 164 thousandths with the same compound, while Lewis, who was ready to take the lead, when he was dangerously closed by Nicholas Latifi before the Bus stop braking. The Canadian on a slow lap did not see the world champion shifting to avoid a bad impact at high speed.

It went well, but Latifi has to look at the mirrors more! The reopening of hostilities, therefore, did not give clear responses, promising a very close challenge. Pierre Gasly’s third position is astonishing, immediately at ease with the AlphaTauri: the Frenchman is excellent third half a second from the leading W12 because he is ahead of the two Ferraris. Charles Leclerc is fourth at 619 thousandths followed like a shadow by his teammate, Carlos Sainz.

The Reds were not at all disfigured on a track that, at least on paper, should not adapt to the SF21: the two Cavallino riders preceded Sergio Perez with the second Red Bull and Sebastian Vettel with Aston Martin sixth and seventh respectively.

For the moment, the McLarens have not surprised with Lando Norris eighth half a second behind the Ferraris and Daniel Ricciardo only 12th: we are used to seeing the MCL35 M rather cautious on Fridays, so it is too early to make any judgments.

Behind Norris there are the two Alpines to close the top 10: the winner of Hungary, Esteban Ocon is ninth ahead of Fernando Alonso behind by a couple of tenths.

Lance Stroll is 11th with the second AMR21 four tenths behind Vettel. Well Antonio Giovinazzi 13th with Alfa Romeo, while he did not impress Kimi Raikkonen who is only 17th. The Finn looked a bit rusty: he turned at the Source under acceleration and, above all, touched the protections returning to the pits.

George Russell waiting for the Mercedes contract for 2022 brings Williams to 14th place, followed by Yuki Tsunoda with the other AlphaTauri and Nicholas Latifi’s other FW43B.

The two Haas close the track of the times: Nikita Mazepit trimmed Mick Schumacher three tenths (who unsheathed the helmet reminiscent of that of his father on his debut in F1 at Spa 30 years ago!), Taking advantage of the fresh frame that the American team has made available.

The dry shift could be the only one of the weekend, as the weather forecast is geared towards rain.