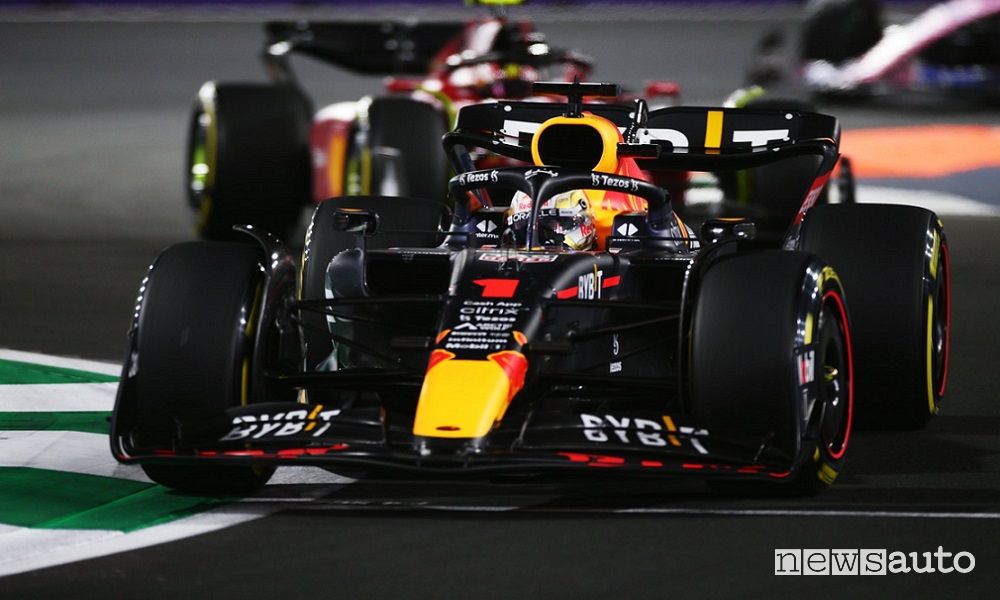 The Saudi Arabian Grand Prixsecond race of 2022 Formula 1 World Championshipconfirmed that Ferrari is back to fight for victory at every race, even if this time on the top step of the podium Red Bull of the World Champion Max Verstappenright in front of two Ferrari Of Charles Leclerc And Carlos Sainz. The Ferrari driver lost the lead with three laps to go, after a race almost always in the lead.

The two as in Bahrain gave birth to one close fight and thrilling, made up of overtaking and counter-overtaking. Meanwhile behind Lewis Hamilton and the Mercedes-AMG they did not go beyond the tenth position.

On the circuit of Jeddahwhere the Saudi Arabian GP was held, the great protagonists of the race were Max Verstappen And Charles Leclerc, which gave birth to an exciting grand prix. The two challenged each other with quick laps with the Ferrari driver who almost always led the race in the lead.

In the last ten laps, however, the Red Bull driver came dangerously close to his rival’s exhausts and exploiting the DRS he tried overtaking on more than one occasion, succeeding with three laps to go.

After overtaking immediately Leclerc he tried to make up for it but by now there was no more time available, with the race coming to an end. Despite the second place finish, Leclerc and Ferrari keep the first position in the drivers’ classification.

The city circuit of Jeddah as in 2021 it caused several accidents and dangerous situations, such as the one that occurred to Williams of Latifi which hit the wall on lap 16, fortunately without any physical consequences for the driver.

👉 What do you think about the F1 season? Take a leap on the FORUM!

MotoGP / Marini and Bezzecchi loaded up for Mugello | FormulaPassion.it

A week full of events and a one-of-a-kind track for the drivers of the Mooney VR46 Racing Team which will...

De Meo: “Alonso or Piastri? The choice will not be pleasant” | FormulaPassion.it

Since the winter it had seemed quite clear the dilemma that would arise during the season for the Alpine team,...

-36, -64, -75: these are progressively i gaps that separate George Russell, Lewis Hamilton and Mercedes from the top of...

Sui alloy wheels and on the bodywork, but also on the car windows, over time they settle ferrous contamination. There...

Tennis, Fognini ko: Kyrgios passes in the second round