Max Verstappen and Pierre Gasly are currently the biggest “sinners” in the Formula 1 penalty points ranking and must therefore be careful not to risk a stop. Both currently have 7 penalty points on their account and are therefore only 5 away from a stop, as this happens at 12.

However, the situation has even eased for the reigning world champion. The Dutchman had already started the season with 7 penalty points, but since he was not guilty of anything in the first 13 races of 2022, he is close to a reduction of them.

In the next three races he must avoid taking penalties, so he will be able to see the 2 points lost due to the collision with Lewis Hamilton at Monza last year, as these will expire. All the others don’t expire before the end of the year, so the Red Bull driver still has to be careful.

Verstappen will have five points on his back for the whole season. These had been awarded for a yellow flag infraction in qualifying in Qatar, as well as two more when he collided with Lewis Hamilton in Saudi Arabia in 2021.

Pierre Gasly (AlphaTauri), on the other hand, is in a somewhat different situation. On 10 October the 2 points for a collision with Fernando Alonso in Turkey expire, while all the other 5 points that the Frenchman has collected are from this season: 2 in Spain (collision with Lance Stroll) and 3 in Austria (collision with Sebastian Vettel in addition to non-compliance with the track limits).

With the two Alpines – Alonso and Esteban Ocon – Yuki Tsunoda (AlphaTauri) and Alexander Albon (Williams), there are four riders with 6 penalty points. Only those from Albon are all from the current season, so the Thai is practically the king of penalties for the current season.

See also  F1 | Gasly: ​​"Hamilton? Following him I saw him in trouble"

Others are further away from a possible stop: Sebastian Vettel (Aston Martin) currently has 1 penalty point on his account, obtained for track limit violations at Spielberg, Mick Schumacher (Haas) has no points, just like the driver of Aston Martin reserve, Nico Hülkenberg, who had replaced Vettel at the start of the season.

As Schumacher was exempted from penalties last season as well, he has not yet taken penalty points in his Formula 1 career.

The penalty point system was introduced almost ten years ago, but has never so far resulted in a driver being suspended from a Formula 1 race, as no one has ever gotten to 12 points. The situation is different in other series: In Formula 2, two drivers – Amaury Cordeel and Oliver Caldwell – have already been stopped this season – and there the points are only counted since the beginning of the year.

A milder form of punishment is reprimand (reprimand), which can be given for minor offenses. Again, a series of these can trigger a penalty: Five yellow cards in a season, including four for a driving infraction, result in 10 10 penalty positions on the starting grid.

Tsunoda is at risk: he already has four warnings, all for driving infringements. Sainz has three, but one of them has been classified as a so-called “non-driving” infringement. Vettel was reprimanded for having jumped a bollard in Canada and therefore has an infraction, Schumacher none. 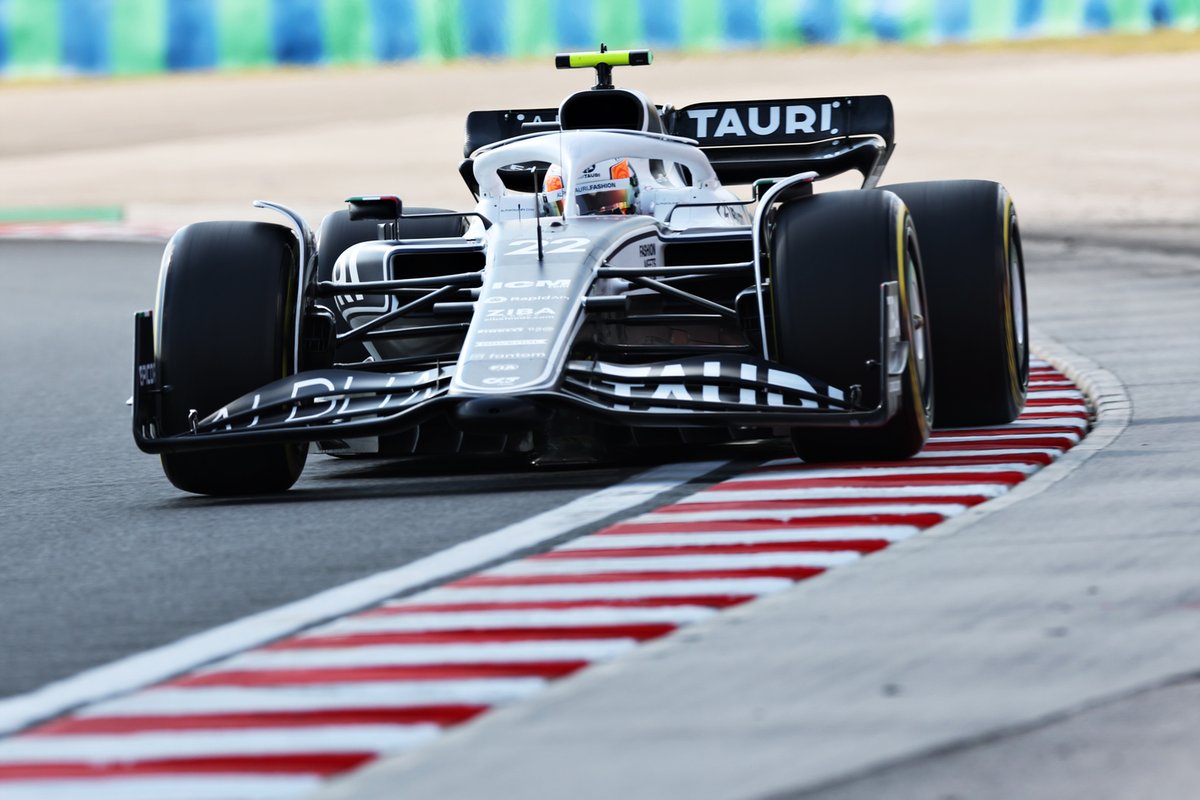 Who has more faults

Having no penalty points, however, does not mean that you have not committed any infractions. All 20 drivers of the 2022 season have already been sanctioned, but sometimes only in the form of a warning or a fine. The following table shows the exact order:

See also  Tigres fell 2-1 to Puebla; the royals were left with nine men and without a direct Liguilla for now

At the top of the list are Tsunoda and Albon with eight infractions each. The Japanese was too fast in the pit lane in Canada, while in Australia he was too slow, as well as being penalized several times for hindering rivals and collisions. This earned him a total of 4 yellow cards, 2 penalty points, a 5 “penalty and a total of 1,300 euros in fines.

Albon received penalties for cutting the track, exceeding the speed limit in the pit lane or for hindering opponents. In total, this brings him to 6 penalty points, 15 “and a fine of 1,800 euros.

Despite his aggressive reputation, Verstappen has only committed one infraction in the last 13 races, the same number as Hamilton and Schumacher. 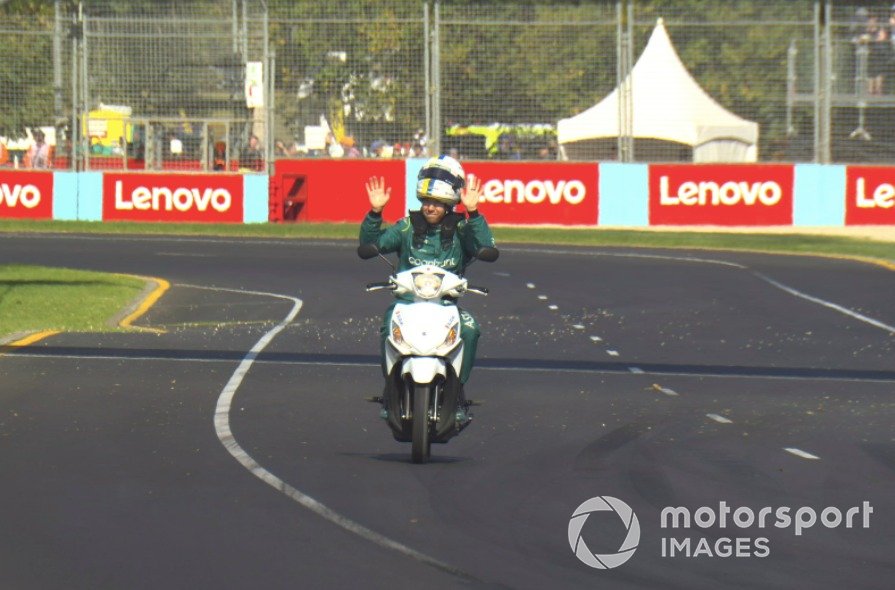 Sebastian Vettel on the track with the scooter

The most expensive driver

13 drivers have already been fined this season. Vettel is the one who had to pay the most, also for unusual reasons. The four-time World Champion had to shell out almost 36,000 euros.

600 and 300 euros for speeding in the pit lane and 5,000 euros for an unsafe exit from the track are the most normal ones, while incorrect behavior and the ride on a scooter cost him a lot. Due to the early abandonment of the drivers’ meeting in Spielberg, he was given 25,000 euros on parole, while it cost 5,000 euros to return to the pits on a moped in Australia immediately after the tests, covering part of the track. 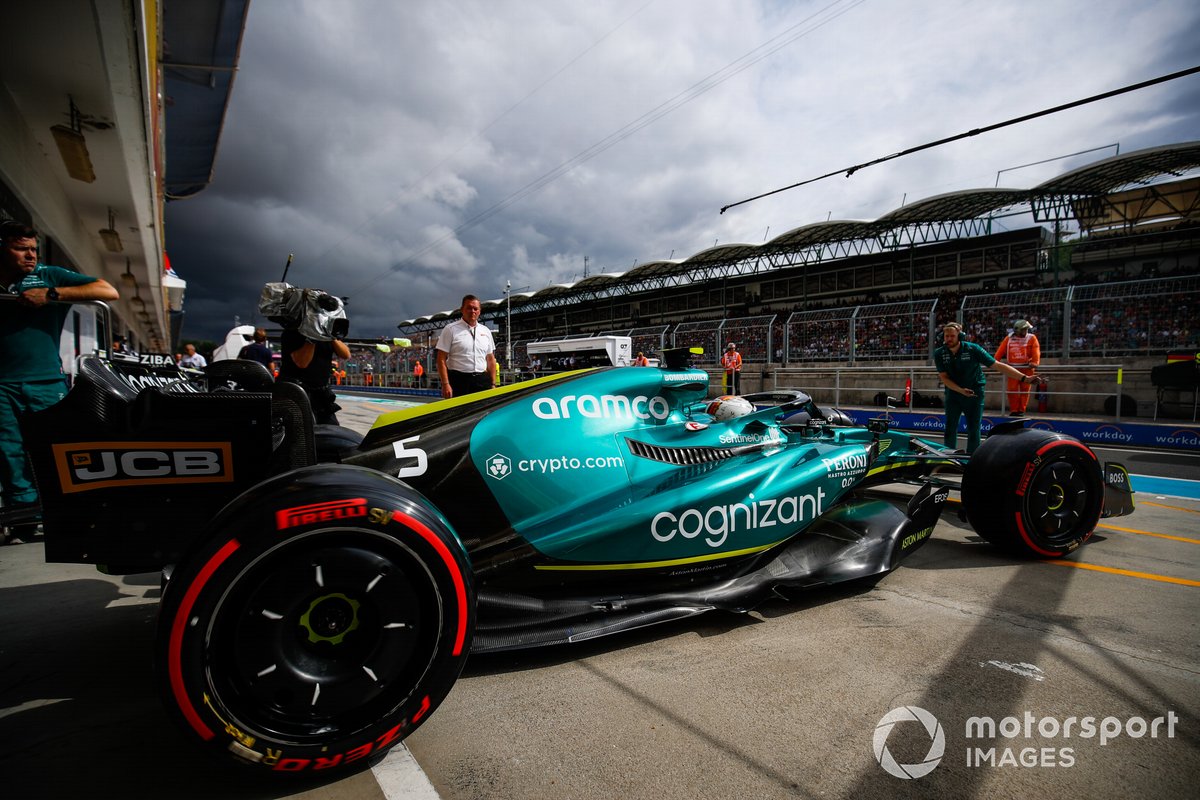 The most fined teams

Vettel’s penalties mean that Aston Martin is at the top of the team standings also from this point of view. Given that Lance Stroll is also there with just under € 6,000, the English team gets more than € 40,000 in fines this season.

The Canadian had to pay 900 euros for speeding in the pit lane and was fined 5,000 euros for unsafe release in a pit stop. However, this is generally a team error and, as in the case of Vettel, it is not the driver’s fault, but is still considered for penalty purposes.

Ferrari is in second place with only two penalties: Leclerc, like Hamilton and Verstappen, received 10,000 euros on parole for an offense in a parc fermé for interacting with physiotherapists without permission in Austria, while Sainz was fined well 25,000 euros for hindering an opponent in the Monaco tests.

Alone in the Dark is preparing to return: a leak reveals the first images and box art