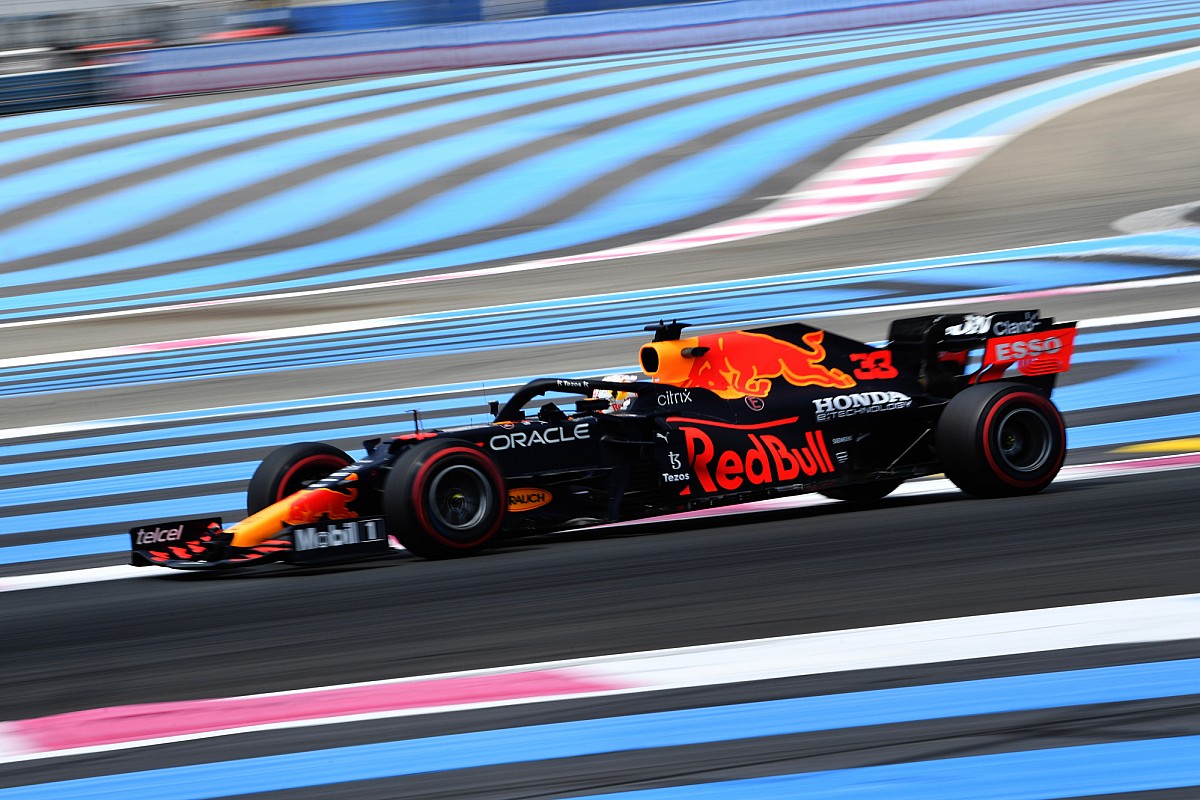 Mercedes wanted to give a sign of superiority also in the second free practice session of the French GP, but the black arrows had to deal with the fury of Max Verstappen. The Dutchman, once the soft tires were fitted, first aborted a lap after breaking the outer part of the front wing bulkhead on a curb, but then set the best time in 1’32 “872.

Red Bull proves nervous, but performing at Paul Ricard: the plans of the Brackley team to give a show of strength to the return on a permanent track after the fool remedied on the two city tracks are skipped.

But there is a question that needs to be answered: Valtteri Bottas came within 8 thousandths of Verstappen’s performance with the W12 equipped with medium tires and then, once he switched to soft, he was unable to improve. Why? The black arrow suffers from the red tires, or in Mercedes they play a bit of pre-tactic, because in the race pace the Finn showed a passable pace, but in line with Verstappen’s. With 47 degrees of asphalt, the soft compound seems to struggle to close the single lap, a sign that there are still balance problems.

Verstappen and Bottas were the only ones able to go under the wall of 1’33 “, while Lewis Hamilton did not break through the barrier, despite setting his best time with the soft in 1’33” 125. The world champion then complained that his car was not working properly. We will only find out tomorrow what game Toto Wolff’s men are playing, who gave the feeling of wanting to qualify for Q2 with the yellow.

In fourth place went Fernando Alonso with a revived Alpine: the Spaniard has a new steering box that gives him greater safety in fast corners. The Alsatian with 1’33 “340 managed to take the A521 in front of Charles Leclerc’s Ferrari. The competitiveness of the blue in the home race is also confirmed by Esteban Ocon who entered immediately behind the SF21 of the Monegasque. of transalpines we cannot overlook the seventh place of Pierre Gasly with the AlphaTauri in front of Carlos Sainz.

Ferrari improved compared to the disappointment of the morning: Leclerc found a flicker with the soft that brought him to six tenths from the top, while Sainz’s gap is certainly more consistent. The Scuderia is confirmed to be less performing than Monaco and Baku, but proves capable of fighting in the center group, given that McLaren has to be satisfied with the tenth place of Lando Norris.

It is better not to be influenced by the times of the papaya, because on Fridays it often stays covered and then emerges when needed, but Daniel Ricciardo has sunk to 14th place after being sixth in the morning.

Sergio Perez did not shine in the single lap with the second Red Bull: the Mexican finished 12th with a wing perhaps too loaded and so he is also behind Antonio Giovinazzi with Alfa Romeo. Speaking of the Hinwil team, the ninth place of Kimi Raikkonen is worth mentioning, who placed his paw with the C41.

Yuki Tsunoda gets by as best he can with the AlphaTauri in 13th place, while the Aston Martins continue to struggle with Sebastian Vettel 15th followed by Lance Stroll. The “verdona” seems to have lost the “magic” touch it had found in Baku.

The two Williams of George Russell and Nicholas Latifi confirm themselves in front of the Haas of Mick Schumacher and Nikita Mazepin.