F1 / Ferrari: a pole without fear of the cold | FormulaPassion.it

One pole position won and one lost. There are two possible interpretations of the Singapore qualifications, which see Ferrari and Charles Leclerc prevail over the rest of the group, benefiting from one of the very rare mistakes made by the Verstappen-Red Bull duo. A verdict that alone is not enough to summarize what happened in the Asian night, where there was no shortage of surprises in positive and negative. Singapore had already gotten used to the twists and turns in the past, but the treacherous track conditions helped bring out all the human factor still present in current Formula 1, both inside the cockpit and on the stools of the pit walls.

The Asian trip represents the most tempting opportunity for Ferrari to seek a new affirmation by the end of the year, which would bring the calculation of seasonal victories to five. The affinity of the F1-75 with the Oriental citizen is not due solely to the absence of straights: it would be wrong to compare Singapore to Zandvoort and Budapest solely for the high aerodynamic load, both circuits that have seen Red Bull assert itself thanks to the excellent balance of the RB18. Contrary to the Hungarian and Dutch tracks, in fact, in Singapore the minimum cornering speeds almost never exceed 150 km / h, limiting the importance of the aerodynamic package, with the bumpy asphalt and the tighter turning radii that also impose significantly different parameters for regarding the tuning. With this in mind, the Asian track is much closer to Monte Carlo than to any other World Championship track. In Singapore Ferrari confirmed its competitiveness in these conditions, winning a new pole position after the one already clawed in the Principality. However, the question remains whether, without the mistake made by Leclerc on the last lap, the Monegasque’s time would have been enough to stay in front of a Max Verstappen invaded towards pole position before being called back to the pits.

In any case, it would be reductive to trace the verdict returned from today’s qualifying to the characteristics of the cars of Maranello and Milton Keynes alone. In its over ten-year history, Singapore has grown accustomed to seeing the balance of power between cars being subverted by the human factor, with the prime example given by Lewis Hamilton’s 2018 pole position on a track unfavorable to the Mercedes of the time. A dynamics taken to the extreme by the humid track conditions that have seen all the sensibility of the drivers emerge, often forced to drive over the car and correct repeated skidding in counter-steering. It should also be emphasized that the best times were set with the tires now in their fourth-fifth consecutive lap, no longer having that extra-grip that normally helps to hide the shortcomings of a car. The result of the Singapore qualification thus acquires further value for Ferrari, since the extra-grip of the new tire had helped in the recent period to conquer the front row at Zandvoort and pole position at Monza. All this also in those cool conditions that often put the F1-75 in crisis during the season.

Even with the awareness of the values ​​in the field subverted by the weather conditions, Singapore has witnessed an anomaly that cannot be neglected. While on other occasions Red Bull has shown that it can quickly get the tires up to temperature, with Ferrari needing more laps and suffering particularly from the cold, the opposite happened on the Asian night. In Q2 disputed on intermediate tires, Leclerc’s first pass was 3 tenths and a half and 4 tenths faster than Verstappen and Perez respectively. In Q3 on soft tires, on the other hand, the Monegasque’s first time was 1’55”6, against the Dutchman’s 1’56”9, while on the second lap Leclerc lapped in 1’51”8 ‘against the 1’54”3 of the Dutchman. Even stranger, however, are Hamilton’s first two times in Q3, in the order of two and a half seconds and eight tenths lower than those of the Ferrari driver, with a Mercedes that traditionally struggles to keep the compounds up to temperature. It is possible that in Singapore what happened in Budapest, when the lowering of temperatures on Saturday had helped to bring the W13 back to life, suddenly found itself within the optimal operating window. In Singapore, however, especially in Q3, Leclerc and Verstappen may have initially taken a more conservative approachalso in terms of tire preservation, with the awareness that the track would gradually improve.

Ferrari will therefore start in front in a race in which overtaking will be difficult, but the outcome of which remains to be decided. In the first place, It will be necessary to assess whether the Red will again incur the tire degradation suffered in the last few outings and above all the strategists of Maranello will be asked not to repeat the mistakes made in Monaco. Added to this is the variability given by the weather and the ever-present risk of entry to the Safety Car. The good news for Leclerc is that Verstappen will start from the eighth pitch and although the world champion is now a master of climbing, winning the fourth comeback race seems decidedly prohibitive in Singapore. Verstappen recriminates a pole position lost both for his own mistake, having made a mistake during the penultimate lap that would have thrown him into pole, as well as for that of the team. Mistakes that become a symptom of a widespread nervousness in the team, probably dictated by the news circulated in the last few days.

Hamilton he will start in the second row with a Mercedes that was expected to suffer from the excessive rigidity of the car on the bumpy Asian asphalt. The result of Sir Lewis is contrasted by the disastrous qualifying of Russell, eliminated in Q2 due to an engine brake problem, with the Englishman who spoke of a car that “pushed” him into the corners. At the center of the group Alpine he expressed satisfaction with the updates to the fund, with Alonso fifth and Ocon eighteenth, a result however not representative of the value of the car as it is linked to a brake problem. The direct rival is therefore temporarily beaten McLaren, sixth with Norris. The full-bodied package of updates was confirmed on the Englishman’s car, certifying its correspondence with the simulation data, while Ricciardo rode with the old configuration.

See also  Dakar 2022 / Peterhansel: "One of the first stages without problems" | FormulaPassion.it

Surprisingly, the two enter the top-10 AlphaTauri, who will be able to compete directly with Kevin Magnussen’s Haas for a result that could mark the overtaking of the Faenza team in the championship, valid for seventh position. Closing, Aston Martin throws a potential good result to the wind by mounting slick tires too early. Net of the strategy, however, in terms of performance, the AMR22s convinced, both reaching the top-10 in Q2 before moving on to dry tires. A result in some ways surprising, because if it is true that Aston Martin prefers slow tracks with low-mileage curves, it is equally true that the AMR22 often fails on a flying lap. It has also already been pointed out how the bumpy asphalt in Singapore has put Mercedes in difficulty, slowed down by a suspension unit which, by design, proves to be excessively rigid. Aston Martin at the rear is equipped with the same suspension unit as the W13, while at the front the car uses components of its own production, a difference worthy of attention. 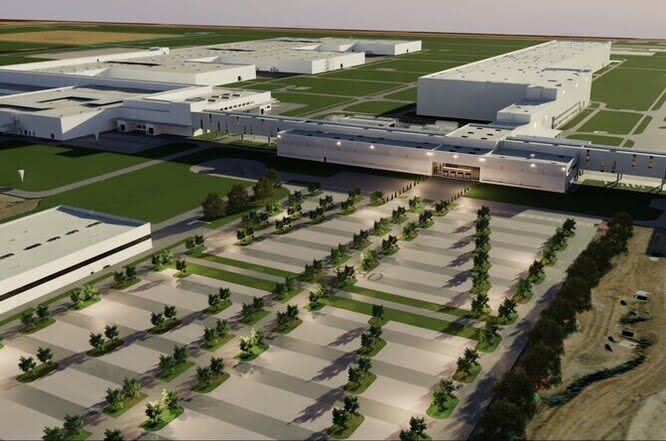 BMW he is betting strongly on Hungary for the future. This is demonstrated by the decision taken by the German... 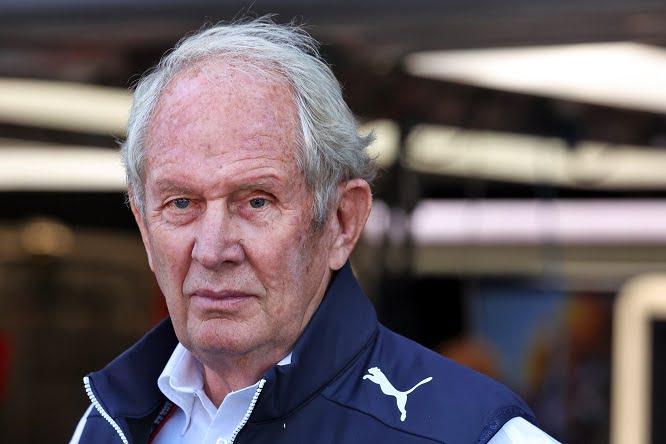 Marko on the wind tunnel penalty: “We’ll be ahead” | FormulaPassion.it

There Red Bull has just concluded a golden season, which saw it conquer both the drivers' championship with Max Verstappen... 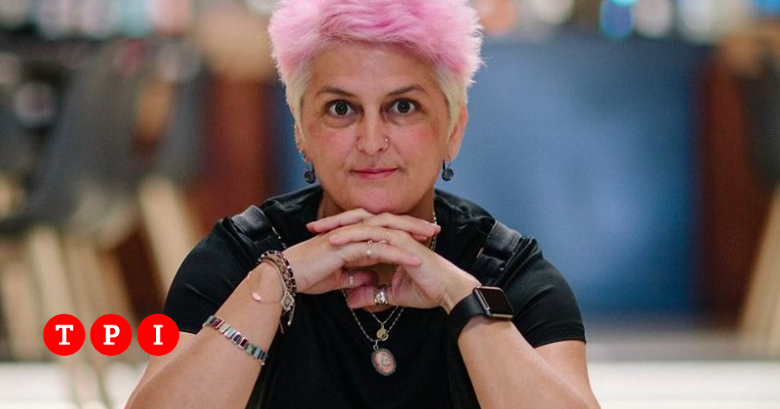 The starred chef: “Those who book at the restaurant and don’t show up pay a 75 euro penalty”

Cristina Bowerman, chef of the Michelin-starred restaurant Glass Hostaria in Rome, recently added a penalty for customers who do not... 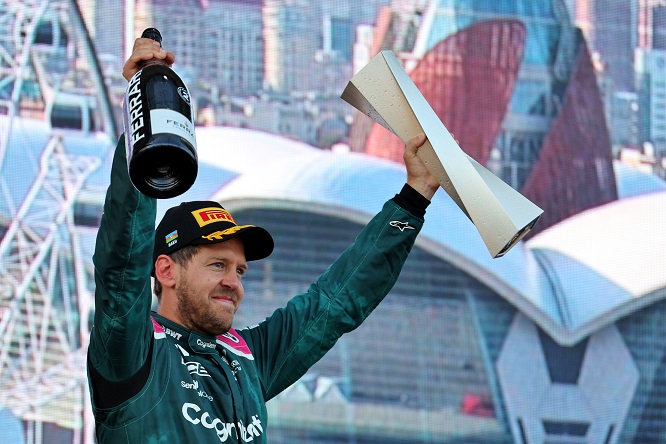 The man who filled Spain with pistachios