F1 / Between track and updates: Barcelona is a technical crossroads | FormulaPassion.it

Over the last twenty years, the Barcelona appointment has always been one of the most important events of the season. The relevance of the Catalan trip does not lie in the media hype surrounding the Grand Prix, which is well present in Miami, but rather in being the first major crossroads in the run-up to the title. This definition is not to be understood so much from the point of view of the scores in the standings, as a watershed on the technical front considering the issues that emerge from the Spanish stage. On the one hand, the Circuit de Catalunya is one of the most complete tracks on the calendar, able to highlight the goodness and criticality of the cars in every single area of ​​performance, thanks to a varied and diverse circuit design. Added to this is the concurrence of logistical and temporal factors that make the trip to Barcelona the destination designated by the teams for the introduction of the first major evolutionary packages of the cars, also expected for the current edition in particular for Ferrari, Mercedes, Alfa Romeo and Aston Martin.

The Montmelò track has always been one of the most representative of the year as regards the overall competitiveness of the individual cars. In the first place, Barcelona re-proposes the need for the traditional compromise in the choice of the aerodynamic configuration between cornering and smoothness on the straight. The numerous high-load curves are contrasted by the extensions of the first sector, with the main straight of over a kilometer preceding the long curve 3, to be tackled in full until the next braking. It is also present within the same more guided sections of the track a great variability of curves in terms of geometry and travel speed. In fact, there are folds with minimum speeds around 150 km / h, such as curves 1, 4, 6 and 12 (the fearsome Banc Sabadell), while curves such as 5, 10 and the final chicane are to be faced in the around 100 km / h, progressively shifting the emphasis from the aerodynamic behavior of the car to the mechanical one. The situation is mirrored instead in the very rapid curves 3 and 9, traveled with the accelerator close to 100%, where it is a priority to have maximum aerodynamic load.

In this way, the complexity of the search for optimal balance can be understood, ideally favoring the front when changing direction at high speed without compromising the stability of the rear axle due to the recurring traction phases coming out of the slower corners. Equally complex it is limit any imbalances between the mechanical balance, relevant at low mileage, and the aerodynamic one, whose priority increases with increasing speed. Furthermore, the consequences of the aggressive passage on the curbs in the change of direction of curves 6 and 7, but even more on the high ones of the last chicane, should not be overlooked, a requirement that requires strong compromise choices in the calibration of the internal suspensions between the absorption of passage on the curb and the search for maximum stiffness to stabilize the car body in motion and improve load generation. Finally, the adoption of medium-high load aerodynamic configurations, the highest seen in the season so far, accentuates the crushing of the single-seaters to the ground and with it the phenomenon of porpoising, the control of which requires further compromise choices on the set-up. An extremely complex set-up work, therefore, facilitated by the availability of the data collected during the winter tests of last February, albeit with cars still in their raw state.

As happened for the other races since the beginning of the season, the prediction is not easy to write. Is in Imola that in Miami Red Bull was superior to Ferrari in long-distance tire management, especially at the front and with the softer compounds. In Barcelona, ​​curves such as 3 and 9 transfer enormous lateral and vertical loads to the wheels, with the main left front suspected to suffer more, suggesting that Ferrari may again experience difficulties on this front. However, the track is expected to be warmer than it has been in the last two rounds, with radically different conditions also as regards the road surface, characterized by high abrasiveness and an average level of grip. This is accompanied by the harder compounds brought by Pirelli, outlining a picture that could render in the race tire degradation and overheating are the main limiting factors, even more so than the central wear and graining in recent Grands Prix. In Barcelona there are also recurring phases of low-speed traction concentrated in the last sector, a type of corner where, at least at the beginning of the championship, Ferrari appeared superior to Red Bull thanks to the stability of the rear axle and the hybrid delivery strategy.

However, similar considerations are beyond any reshuffling in the balance of power given by the updates expected for most of the teams. For Ferrari, aerodynamic innovations are expected in the area of ​​the car centerwhich are accompanied by some weight reduction interventions such as the removal of the surface layer of paint, while news are also expected at home Red Bull, mainly aimed at lightening. The latest rumors also tell of updates in the Alfa Romeo house and above all of a revamped Aston Martin for Lance Stroll, with a different sidepod philosophy. However, one of the great ones observed in Barcelona will be the Mercedes: the changes expected on the W13 to mitigate porpoising will provide important answers whether it is worthwhile for the Brackley team to continue investing time and resources on the current aerodynamic concept or rather whether to divert attention to the 2023 project to be set on completely different premises. The amount of updates expected throughout the pit lane will make it a priority in the teams’ agenda to validate the correlation between the behavior of the news on the track and that expected in the simulation phase, an operation that often takes a back seat in the weekend’s narrative. race, but which turns out to be as delicate as it is important.

See also  Paris Motor Show 2022, the top 5 of the most important innovations | FormulaPassion.it

As if the set-up problems and the introduction of updates weren’t already enough, the uncertainty about the strategies for the match is added to the headaches for the teams. On the eve of the weekend Pirelli it is not sure which strategy, between the single and double stop strategy, is the most effective, assuming that there is one clearly better than the other. The compounds used at Montmelò will be the hardest of the entire range: C1, C2 and C3. After the upward trend since the beginning of the season, the prescriptions for static minimum inflation pressures return to drop: 22.5 psi for the front and 19.0 psi for the rear, against respectively 24.5 and 20.5 psi in force in Miami.
Barcelona also stands as an important test bed for those who suffered from brake overheating at the beginning of the season, since in Spain the usage time of the system is equal to 17% of the lap time, the highest value since the start of the championship after the inaugural race in Bahrain. The technicians Brembo they classified the Catalan track with a severity of 3 out of 5 for the braking system. In contrast to the higher top speeds reached on the main straight, the most demanding braking is the one that precedes Turn 10 at the entrance to the third sector. Brembo simulations predict a speed drop of around 200 km / h in 2.5 seconds and 122 meters, with a deceleration peak of 4.7 g.

The Spanish Grand Prix thus presents itself as one of the weekends of the most difficult interpretation and of greatest interest on the technical level since the beginning of the year. It will certainly not be the sixth race to decree the winner of the World Cup, but Barcelona will still provide important information on the balance of power and dynamics of the coming months. 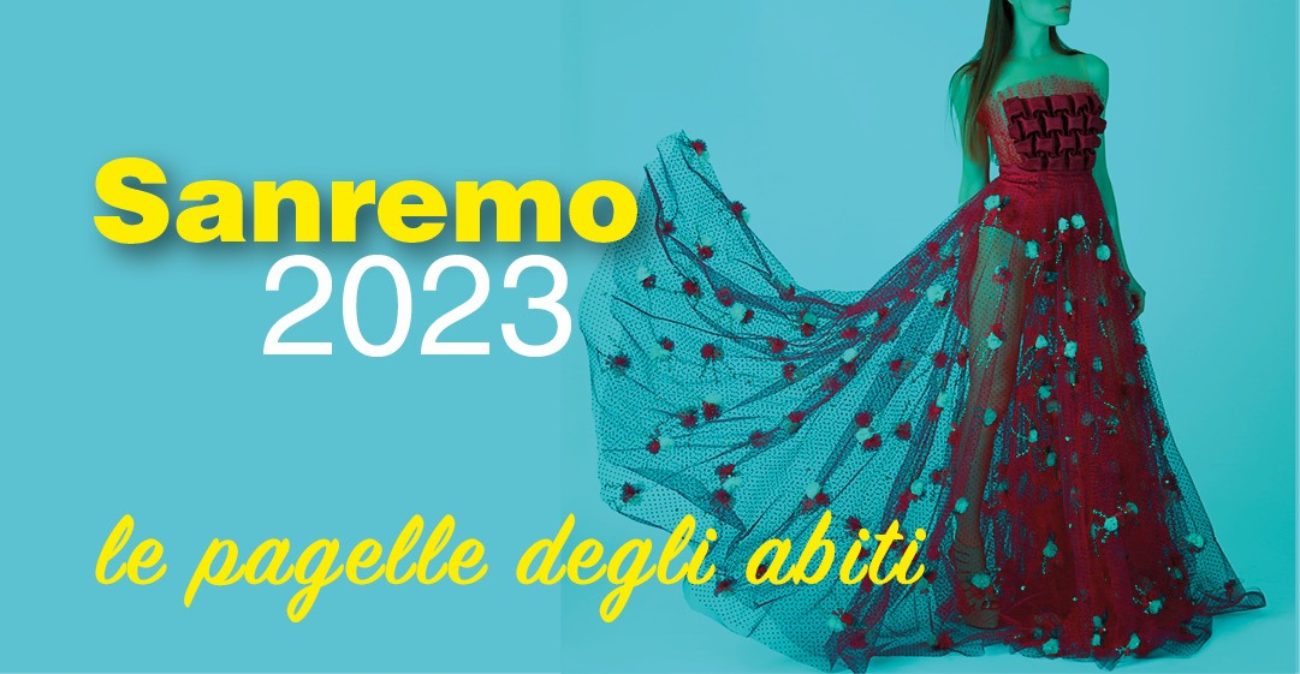 Sanremo 2023, the report cards of the clothes of the second evening of the Festival

Sanremo 2023, the report cards of the clothes of the second evening of the Festival SANREMO 2023 REPORT CARDS DRESSES... 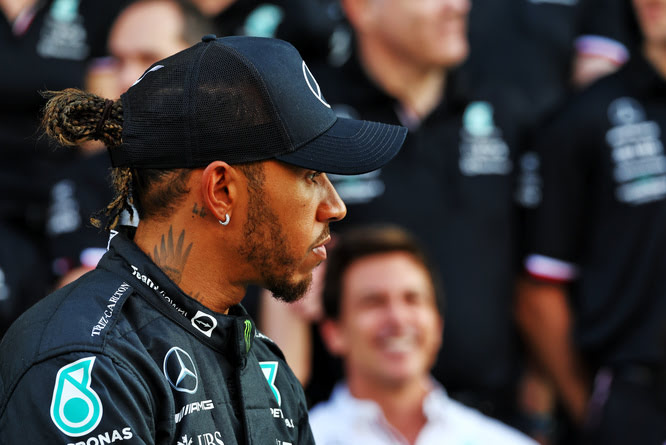 After years of success and domination, Lewis Hamilton returned to planet Earth in 2022, thanks to a Mercedes which, for... 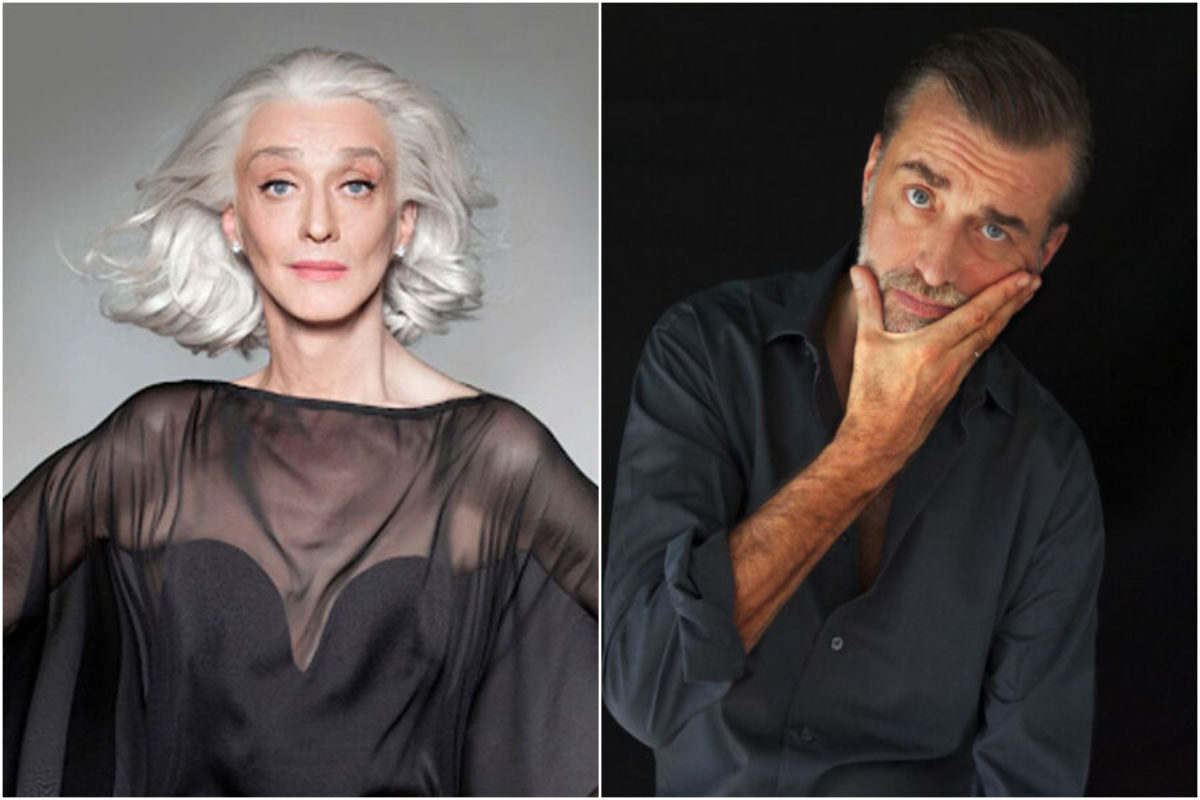 Who is Gianluca Gori, actor who plays Drusilla Foer, Sanremo 2023 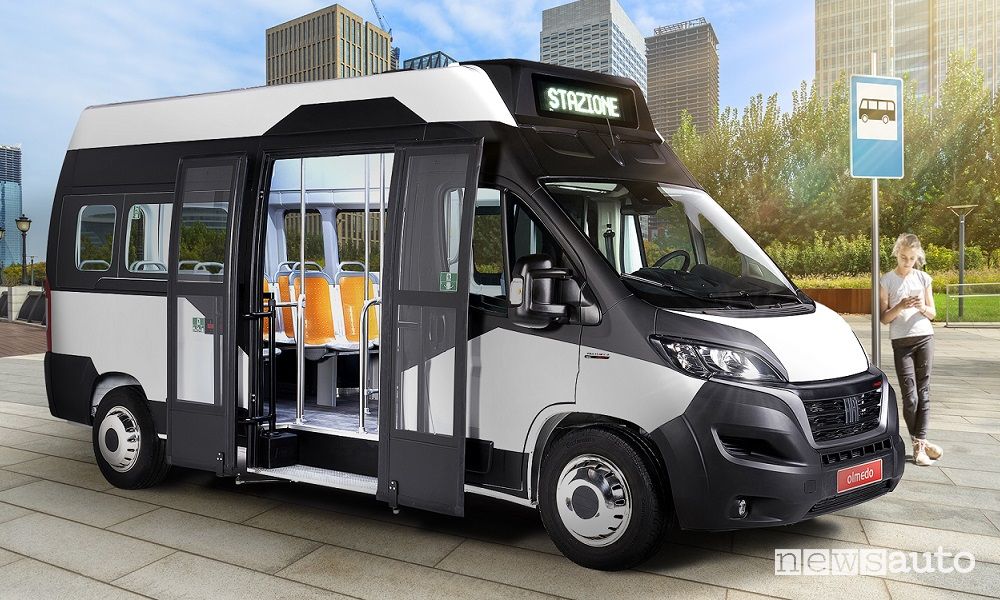 Minibuses and shuttles by Olmedo

New minibuses and shuttle buses will be officially produced by Olmedo Special Vehicles SpA.with the acquisition of Mussa & Graziano... 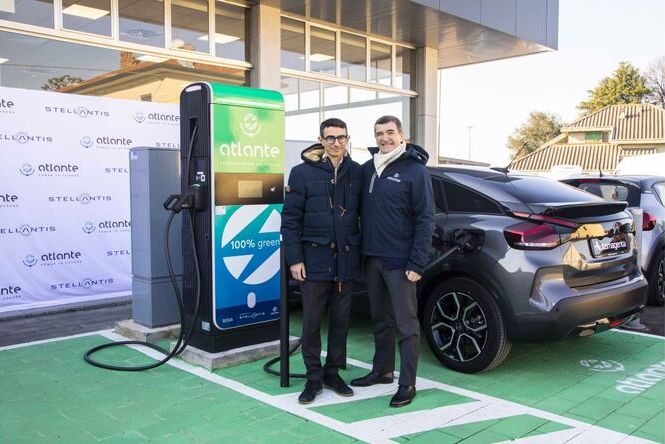 The first signed Italian fast charging station Atlas it is a matter of fact. The NHOA Group company, born from...