The first to embrace him were obviously the Alpine ‘boys’, but not only them. At the end of the Qatar Grand Prix, Fernando Alonso was surrounded by a crowd greater than that followed by the winner Lewis Hamilton himself.

Smiles, backslapping, handshakes, even from staff from other teams. It does not happen often, indeed, it rarely happens, and when it happens it means that something special has happened, which dissolves the rigid protocols that (especially in some teams) can create complications for those who indulge in demonstrations of esteem with members of other teams. .

No one more than the insiders knows how to grasp the significance of the feat accomplished today by Alonso. Returning to the podium after 2,674 days and 109 Grands Prix is ​​not just an arithmetic record, but the scope of a long and tortuous path that ‘Nando’ had to face starting from the 2014 Hungarian Grand Prix, a race that Alonso (in red overalls) finished in second position behind Daniel Ricciardo’s Red Bull.

Terribly difficult years have come at the wheel of the worst McLaren in history and an embarrassing Honda engine, a period so dark that Alonso is convinced to step aside, to leave Formula 1 at the end of the 2018 season.

Disappointed by the impossibility of having a car at his height, Fernando said enough, throwing hard words on Formula 1 and trying to exalt other programs that then led him from Le Mans to the Dakar. Deep down, however, Alonso never broke the umbilical cord with the most loved category, he thought about it 24 hours a day, he tested the ground in silence even when he seemed very far from the paddock, constantly probing the opportunity for a return in style.

He did not succeed in the bang he would have liked, but he found an open door in the team where he lived his best days, namely Renault, which later became Alpine.

A gamble, for some a gamble, but the first judge (the most severe) of Fernando Alonso is Alonso himself. The pride of the Asturian has no unit of measure, and he would never have accepted a challenge without being sure he was up to the task.

After two years of hiatus ‘Nando’ is back on track with a day and a half of testing available (more than the tests done in 2020) before being at the start. He struggled, but one thing was immediately clear: the motivation was all there, and with it also the desire to remove a few pebbles from his shoes.

Last summer in Hungary he had to witness the success of his teammate Esteban Ocon, a victory to which he guaranteed an important contribution, then today is his time.

It was nice to see Alonso with that smile that had been missing for years, to hear his radio teams able to charge even the most unmotivated of mechanics. And it was nice to see your company being recognized, because that’s what it is about.

At the age of forty Fernando Alonso is still there, inciting the team, and charging Ocon (now in the role of back guard) to ask his engineer (“So, can we do it?”) Trying to understand if Sergio Perez would have hooked him. in the last lap.

Alonso in the past has collected applause and made people discuss, in his long career there are many lights and even shadows, but it is a thing of the past. Today if ‘Nando’ is on the track it is not to add a few million euros to his counter-current, but only and exclusively for the sake of driving the most rewarding single-seaters ever and showing that he is still himself.

However, Alonso made a big mistake in judgment. After winning his second world championship (it was 2006, and he was only 25 years old) he was asked if he saw it possible one day to undermine Michael Schumacher’s record of seven titles. “I don’t think – replied Fernando – he certainly won’t be here at 40”. You got it wrong ‘Nando’, but it was a splendid mistake. 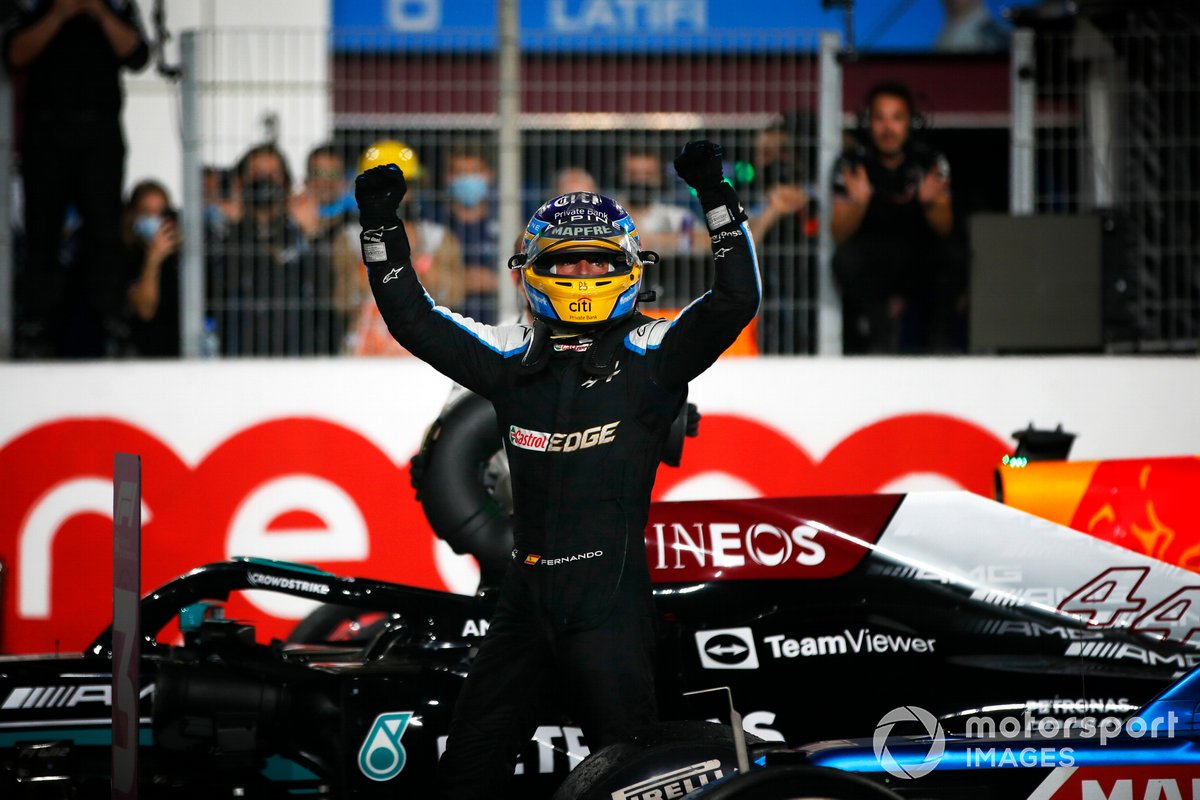