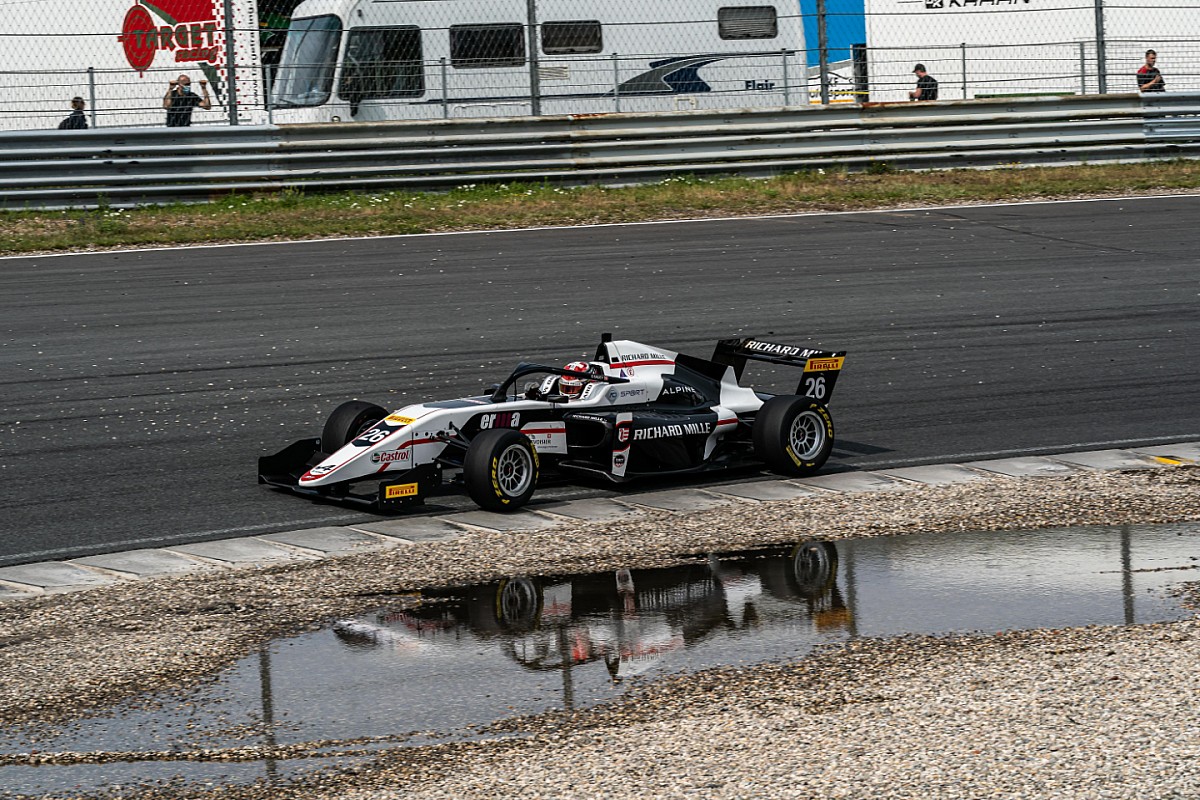 Gregoire Saucy also left his mark in Zandvoort. The championship leader took success in both rounds of the weekend in his own way, dominating from the first to the last lap.

In Race 1 the Swiss was perfect right from the start, immediately taking command of operations, while Gabriele Minì suffered some more suffering, put under pressure by David at the start but very good at resisting the Frenchman of the R-ace GP and keeping so the second position.

As per tradition, Zandvoort offered few emotions on the track, at least up to eight minutes from the end when the race direction decided to have the safety car intervene on the track to allow the marshals to remove Pasma’s car that crashed into the corner barriers. 4.

At the restart Saucy was once again impeccable, immediately taking a good margin over Minì, while the Italian struggled not a little in keeping a David at bay who tried in every way to mock him.

The fight for fifth and sixth place was also very intense, which saw Franco Colapinto and the new Red Bull signing Isaack Hadjar mock Mary Boya and close behind Paul Aron. Beganovic, Belov and a dull Alex Quinn completed the top ten, while David Vidales finished just outside the top 10 in eleventh place.

Same script also in Race 2, at least for Saucy, author of a solo race from the beginning to the end. The Swiss made a perfect start from pole and immediately took off, while behind him Minì suffered a hard overtaking by a wild Colapinto.

The Argentine took advantage of a better start to climb to second position and the ART Grand Prix rookie could do nothing to regain the lost square, also thanks to a configuration of the track that does not go well with overtaking.

Colapinto was then good to impose his pace and to distance Minì until he reached the checkered flag with a margin of 6 seconds over the Sicilian.

Solo race also for William Alatalo, fourth, while the fight for fifth place was much more intense, which saw an excellent Francesco Pizzi emerge on a Kas Haverkort refreshed by the air of home and on Paul Aron.

The Dutch of MP Motorsport and the Estonian of Prema were the protagonists of a heated duel in the final stages that saw Haverkort defend himself in a perhaps too hard way and then widen Aron in the gravel. The top ten was completed by Maloney, Boya and Goethe.

At the end of the appointment in Zandvoort Saucy is increasingly the leader with 160 points followed by David at 96 and Aron with 94 points, while Minì is sixth with 89 points.