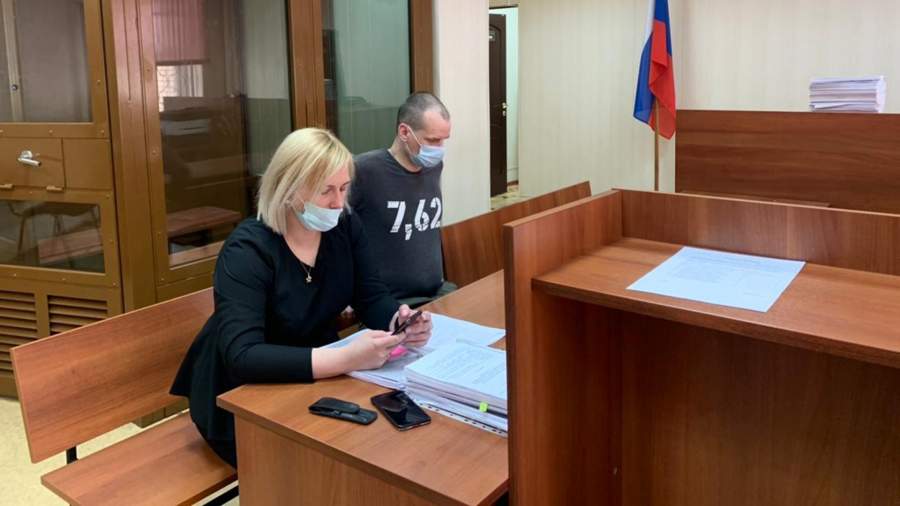 On Tuesday, April 20, in the Presnensky Court of Moscow, the trial began against Andrei Gaev, the third defense witness in the case of actor Mikhail Efremov, who is accused of giving deliberately false testimony. According to the investigation, Gaev deliberately deceived the court, saying that after an accident on the Garden Ring on June 8, he saw Mikhail Efremov getting out of the jeep from the passenger seat, and not from behind the wheel. During the first meeting, the prosecutor tried to prove that on the evening of the accident, Andrei Gaev could not see the actor, because he was at work. There might not have been a criminal case on perjury if Mikhail Yefremov’s defense had studied the CCTV footage, which shows that none of the three defendants had been at the scene of the tragedy, attorney Alexander Dobrovinsky told Izvestia. Experts have already called criminal cases against three perjurers at once a unique case for Russian judicial practice.

Deprived of rights, tried for torture

On April 20, the trial began on the case of perjury of the third “eyewitness” of the road accident with the participation of Mikhail Efremov, Andrei Gaev (on the eve of the Presnensky court hearing the case of Tevan Badasyan, and in early April – the case of Alexander Kobets). Andrei Gaev came to the meeting with his lawyer Yekaterina Dvoryaninova.

During the interrogation, there were some incidents – in particular, the accused of perjury did not want to disclose to the court his place of residence in his native Vorkuta for a long time.

“Vorkuta is big, tell me the address,” the judge demanded.

“I don’t want to talk,” said the defendant.

– Very interesting, – the servant of the law was surprised.

“I can write you on a piece of paper,” the defendant suggested.

– Well, write, – after some thought, the judge agreed.

Further questions clarified a lot of interesting things in the biography of Andrei Gaev. It turned out that the person who, with his testimony, tried to change the course of the case of a loud traffic accident on Sadovy, was convicted twice for the same crime – torture (Article 117 of the Criminal Code of the Russian Federation) – in 2009 and 2019. Who exactly he tortured is now unclear, but it turned out that Gayev, among other things, was deprived of parental rights and has problems with alcohol. This was told by the employees of the “Rublevsky” trading house, where Andrey works as a loader.

According to the accusation read out by the prosecutor, the former witness in the Efremov case deliberately deceived the court in order to help the actor avoid criminal liability for the fatal accident, the culprit of which he became on June 8, 2020.

– The defendant testified about the innocence of Mikhail Efremov, realizing that such information could interfere with the establishment of the truth in the case, – concluded the prosecutor.

In August last year, Gaev, who was invited by the former lawyer of the actor Elman Pashayev, said that together with his friend Alexander Kobets he walked along the Garden Ring and, by pure chance, saw a drunken Mikhail Efremov emerge from the passenger seat of a jeep rammed after an accident. The witness assured that the actor got out of the car on his own and cursed his future witness when asked for help. This completely changed the whole picture of the incident – according to witnesses, it turned out that the artist was not behind the wheel, and he was not guilty of the accident.

Was there a witness?

The point of interrogating witnesses in the case of Andrei Gayev was reduced to one key point – to prove that he was not at the scene of the accident. According to the investigation, he spent the evening of June 8 and then all night from June 8 to June 9 at work – in the shopping center “Rublevsky”. The prosecution interrogated eight witnesses: foremen, loaders, and security personnel of the trading house. They said that the territory of the object is fenced with a fence with barbed wire, there is a strict access system on it – without a special leave of absence, employees are not allowed to go outside “even to the pharmacy for five minutes,” and not just for a walk into the city.

Several of those questioned confirmed that Andrei Gayev was on the territory of a trading house on the evening of June 8 and worked the night shift. Others weren’t exactly sure. Operative Alexander Levchuk, who led the case of Andrei Gayev at the stage of the preliminary investigation, said that he personally saw the documents according to which the defendant was at his workplace on the day of the accident.

The lawyer tried to find out why strict rules for leaving the territory of the enterprise were not drawn up in any way in writing. And does this mean that any employee could well bypass them and leave the facility without a leave of absence.

And the prosecutor was interested in how the defendant’s colleagues reacted to his appearance on the program “Let them talk”, where he told how he became an eyewitness to the accident. Weren’t they surprised to recognize in the newly-minted talk show star the loader of his enterprise, who, for some unknown reason, managed to get to the scene of the accident during his working hours? Everyone admitted that they were surprised.

Andrei Gaev himself did not look depressed. Throughout the entire process, he was very active, no less than his lawyer, participated in the interrogation of witnesses. He pleaded not guilty.

A criminal case about false witnesses might not have happened if Mikhail Yefremov’s defense had taken the trouble to study the CCTV footage from the accident scene, attorney Alexander Dobrovinsky told Izvestia. At the trial in the case of Mikhail Efremov, he represented the family of the victims, and then was deprived of his legal status, like the defender of the actor Elman Pashayev.

– There were about 60 hours of video in the case, we thoroughly studied them before the trial, and I declare with confidence that neither Tevan Badayan, nor Andrei Gaev and Alexander Kobets were even close at the scene of the accident. The first to approach the car were completely different people, I managed to find them with the help of the federal channel and attract witnesses, – explained the defender of the victims.

The testimony of the current defendants angered Dobrovinsky’s lawyer even at the stage of the trial, Mikhail Efremov, and he asked the court to issue a private ruling in their regard. The lawyer explains the adamant reluctance of all three witnesses to admit their guilt by Elman Pashayev’s fear of possible exposure.

– He is afraid that they will tell who and how found them and how much they were paid. In addition, if they confess that they lied, they will receive a serious sentence, the lawyer explained.

According to him, by bringing three completely unprepared witnesses to court, Elman Pashayev wanted to “slip through the door” and by doing this he greatly hurt his client, the source of Izvestia believes. An unprecedentedly strict term – almost eight years in prison – Mikhail Efremov received precisely because of the line of defense, and not at all because of his popularity, added the source of Izvestia.

The defender of the family of Sergei Zakharov has no doubts: the verdict for all three witnesses will be guilty. Moreover, given the double conviction of Andrei Gayev, his punishment may turn out to be more severe than that of the others.

Criminal cases of three false witnesses at once for the Russian practice are a unique case, they are usually brought up extremely rarely, retired colonel, lawyer Yevgeny Chernousov told Izvestia.

– For 30 years of practice, I had only two cases of knowingly false testimony, and both were terminated by the court. None ended in a conviction. The main thing in such cases is to prove intent that a person did not just confuse or forget something, but deliberately misled the court. And it’s very difficult to prove it.– explained the lawyer.

If a witness changes his testimony, the court may not trust them, but this mistrust usually does not lead to criminal cases, Yevgeny Chernousov argues. In 90% of cases, he simply does not take into account the testimony that caused suspicion.

The testimony in court is always given special importance among other evidence. An eyewitness of the events is especially valuable for the court. That is why the witnesses for the defense of Mikhail Efremov presented themselves as eyewitnesses to the court.

In Soviet times, cases of judicial fraud were never heard of, and even today they rarely surface. The incident with an accident on Sadovy is an exception to the rule due to its resonance, the expert added.

May Day In Turku, disruptive behavior and one stabbing, in Helsinki on May Day has been calm

Prioritization for gastronomy: And what about those who serve us?