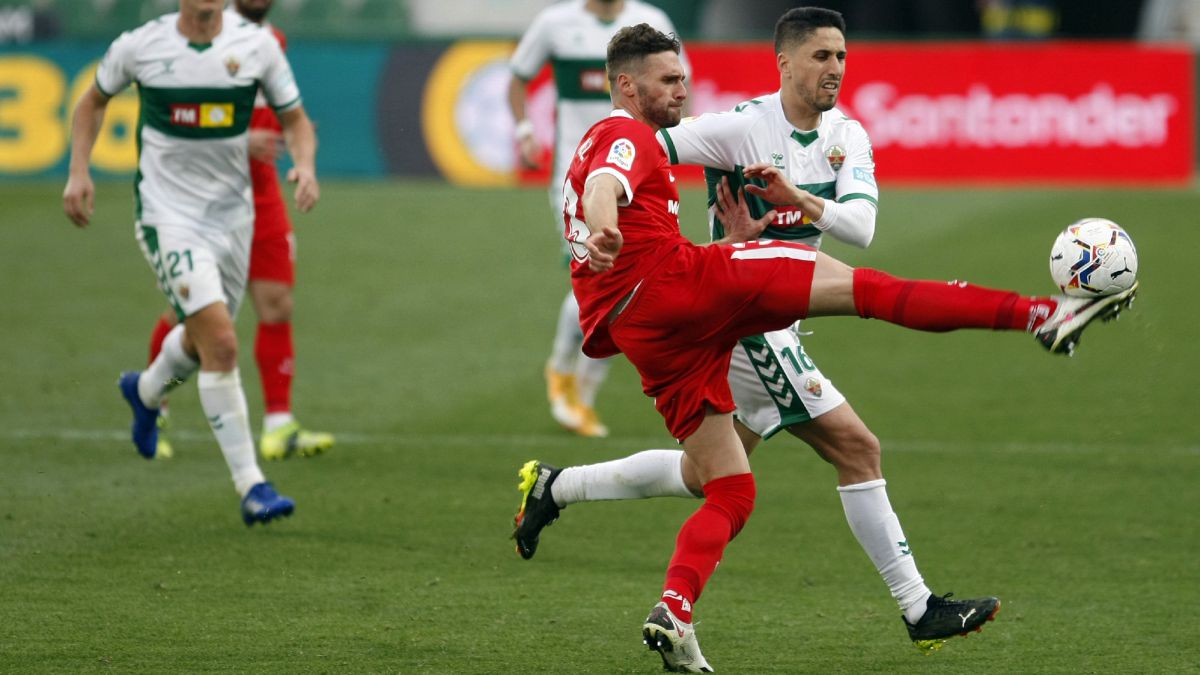 Sevilla and Elche meet this afternoon in Nervión with an extra ball in the form of a postponed match with which to give another arreón to their goals, after settling in the Champions League position and leaving relegation respectively (follow the game live on As.com). Although the past is destroyed in a second. “The derby is history,” Julen Lopetegui repeated over and over again in the press conference prior to the match. “And what about Real Madrid, too”, Fran Escribá is supposed to have thought, capable of changing the face of the Elche team to the point of winning two of the last five games. And that during this time he has had to visit nothing less than the Camp Nou and Valdebebas, the scene where he advanced on the scoreboard and in which Benzema, in extremis, deprived of scoring.

It is another Elche with Escribá. Better placed, more aggressive, sometimes even racial. That faith served him to defeat less than two weeks ago precisely Seville, a Seville that then thought of Borussia Dortmund and placed the second unit but whose structure, due to injuries and penalties, will not differ much from what it showed then. Jordán and Diego Carlos are sanctioned, Fernando is injured and Ocampos, touched. Lopetegui will have to pull again a handful of meritorious for achieve a victory that would make him look more towards 3rd than 5th.

Escribá prepares a plan to stop Sevilla’s top scorer, Youssef En Nesyri, that adds 20 points already this year. He cannot count on the injured Nino and Barragán, the latter certainly came out of the lower categories of Nervion, but he does take the newly incorporated Pablo Piatti to Seville. The recent victories took Elche out of the last three places and getting something positive today, why not achieving the victory, would take him a little further away from that deadly zone.

The second death of Romero Deschamps