Exports The West imposes harsh sanctions on Russia, Russia’s response is vital for the Finnish economy – “The effects are impossible to calculate” 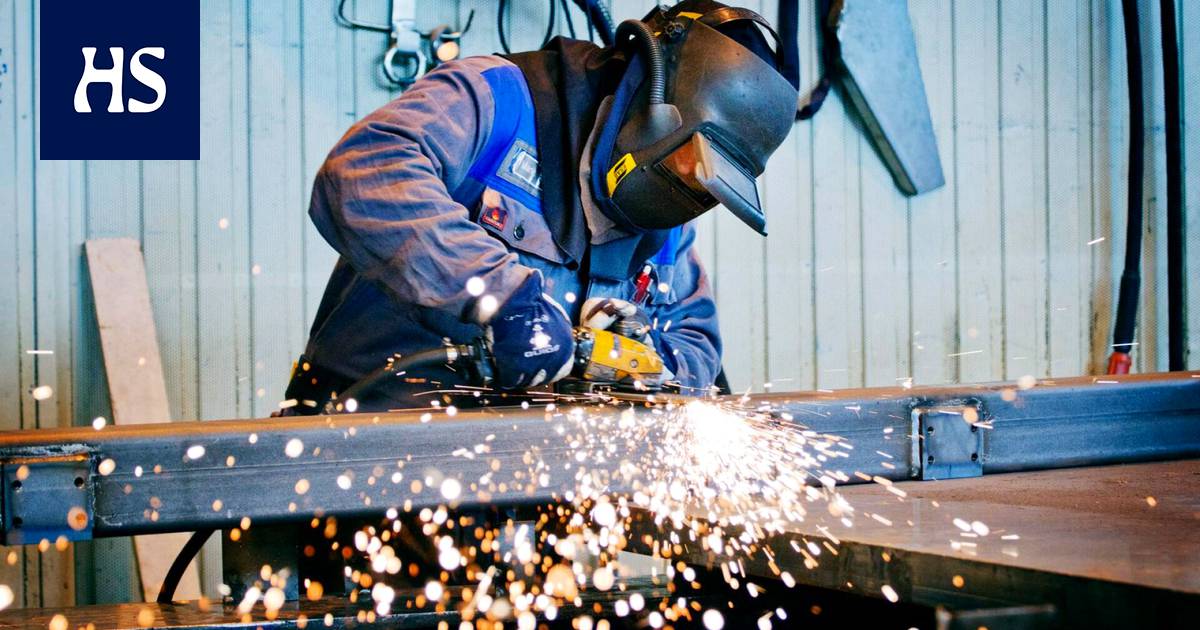 Russian the attack on Ukraine continues and politicians are frantically wondering how Vladimir Putin to end hostilities.

Since the European Union and the United States are not going to go to real war, the economy is being used as a weapon.

Economic sanctions are targeted at key sectors, including the defense industry. Exports of key technology to Russia will be restricted. The restrictions will hit the country’s oil industry in particular and prevent Russia from modernizing it.

Transactions the effects are manifold and are also seen outside Russia.

Russia has been a close and important trading partner for Finland. Sanctions and possible counter-sanctions affect Finnish companies, exports and imports.

According to customs, the value of exports from Finland to Russia was EUR 3.4 billion in January – November last year. The value of all Finnish exports was EUR 61.4 billion, ie Russia’s share was just over 5.5 per cent.

Russia’s importance as Finland’s trading partner has waned. In 2008, Russia accounted for 11.6 per cent of Finland’s total exports of goods.

Exports to Russia have not recovered from the sharp decline that began with the financial crisis. Researcher at the Institute for Business Research (Etla) Birgitta Berg-Andersson According to the report, Russia’s share of Finland’s exports of goods was still 10 per cent in 2012. The figures of just over 5 per cent have remained the same since 2017.

“In terms of exports, Russia is now less important to Finland if we compare it 10–15 years earlier.”

The statistics show that Nokia’s mobile phones were exported to Russia in large quantities. In addition, Finland was a transit country for many products. Today, goods are exported directly from the rest of Europe to Russia.

See also  Accidents The site of the Konginkangas accident is familiar from the devastating bus crash - Why was the middle railing not repaired, even though it could have prevented a new crash?

However, Russia’s importance to Finnish exports is greater than in many other European countries. Last year, Russia was Finland’s fifth largest exporting country, while Sweden, for example, is ranked 15th.

In addition to sanctions directly affecting exports, policymakers are imposing sanctions on the banking sector and individuals that have less direct effects on the economy than trade sanctions.

“The effects through personal sanctions and the banking sector are impossible to calculate,” says Berg-Andersson.

For individuals Sanctions can have a devastating effect on businesses. For example, the Helsinki shipyard was in financial difficulties for a long time because the shipyard was owned by the Russian state-owned company USC, which was subject to previous economic sanctions. Dock got new owners in 2019.

CEO of Raute, a listed company that manufactures equipment for the wood industry Tapani Kiiski said this week at Ylethat sanctions, especially on banking and money transfers, or counter-sanctions on Russia could even halt projects. 39 percent of the company’s new orders came from Russia last year.

Director of EU Influence and Business Policy at the Confederation of Finnish Industries (EK) Petri Vuorio says that thousands of Finnish companies trade with Russia to varying degrees.

“Even before this situation, companies had a weak willingness to invest in Russia. Instead, the business of many Finnish companies in Russia has been good and profitable, ”says Vuorio.

“Initially, the goal of the sanctions has been to put Putin in control. The war is on fire now, in that sense they were not effective. ”

Finland the largest export sector to Russia is the metal sector. Metal and metal products, industrial machinery, transport equipment and electrical machinery and equipment are exported to Russia. This is more than 40% of Russian exports.

See also  Ulyanovsk on the Volga: Two children and a teacher shot dead in a kindergarten in Russia

The second largest export entity is chemical substances and products, as well as oil and petroleum products, which account for more than a fifth of exports to Russia.

According to Berg-Andersson and Vuorio, it is unlikely that Russia will close the oil taps, the more important source of income oil is for Russia. In addition, in Europe, oil can be replaced by buying it from other countries.

Instead, Russia could tighten the situation by restricting gas exports. The war situation and the struggle for sanctions may therefore accelerate the rise in energy prices in particular, which will have an impact on inflation.

According to Vuorio, the economy as a whole is threatened by the situation. The war in Europe and the sanctions are causing uncertainty, which will be reflected in both consumers and businesses. Yet European business sees sanctions as an inevitable way to incite Russian action.

“In Finland, economic growth figures have been reasonable, but growth is in very sensitive areas. War and the overall situation bring uncertainty to consumption. When this is combined with inflation, it is sand in the wheel of the economy, ”says Vuorio.

Anti-Russian Sanctions have been in place since the Russian occupation of Crimea in 2014.

Sanctions have covered, inter alia, arms and dual-use items for military use, as well as products and services related to oil exploration and production.

According to Berg-Andersson, sanctions have also halted or slowed the development of Russia’s oil industry. There have been no complete sanctions.

See also  Economic sanctions | A new batch of sanctions against Russia is coming from the EU, including gold

“Initially, their goal has been to put Putin in control. The war is on fire now, in that sense they were not effective. ”

Bring a round of sanctions and especially counter-sanctions also reduced food exports from Finland. Russia imposed retaliatory sanctions especially on dairy and meat products, which halted Valio’s exports. The value of cheese exports to Russia was EUR 166 million in 2013, compared with EUR 56 million in the following year.

Sanctions have been extended from year to year, meaning that exports have not resumed.

Size From the point of view of the Finnish economy, these sanctions, which have lasted for years, have had little effect. As early as 2016, Etla estimated that effect of sanctions The development of Finland’s gross domestic product was 0.1 percentage points.

Etlan Berg-Andersson would not predict a real recession in Finland at this stage, although the extent of sanctions and counter-sanctions is not yet clear.

It is generally said that Finland on the Russian side would suffer more from sanctions than the rest of Europe. Etla published in late 2019 surveyaccording to which Finland has suffered less from the EU’s trade sanctions against Russia than other countries on average.

It is estimated that sanctions have had a stronger impact on the economies of the United States, France, Australia and Latvia, for example.

Prime minister Sanna Marin (sd) has stated that Finland expects the EU to show solidarity and support for those countries whose economies are severely affected by sanctions and counter-sanctions.

The Russian president, his foreign minister, defense minister and chief of the General Staff are on the US sanctions list