Explosion and house collapse in Italy: dog freed from under rubble after 30 hours – touching video 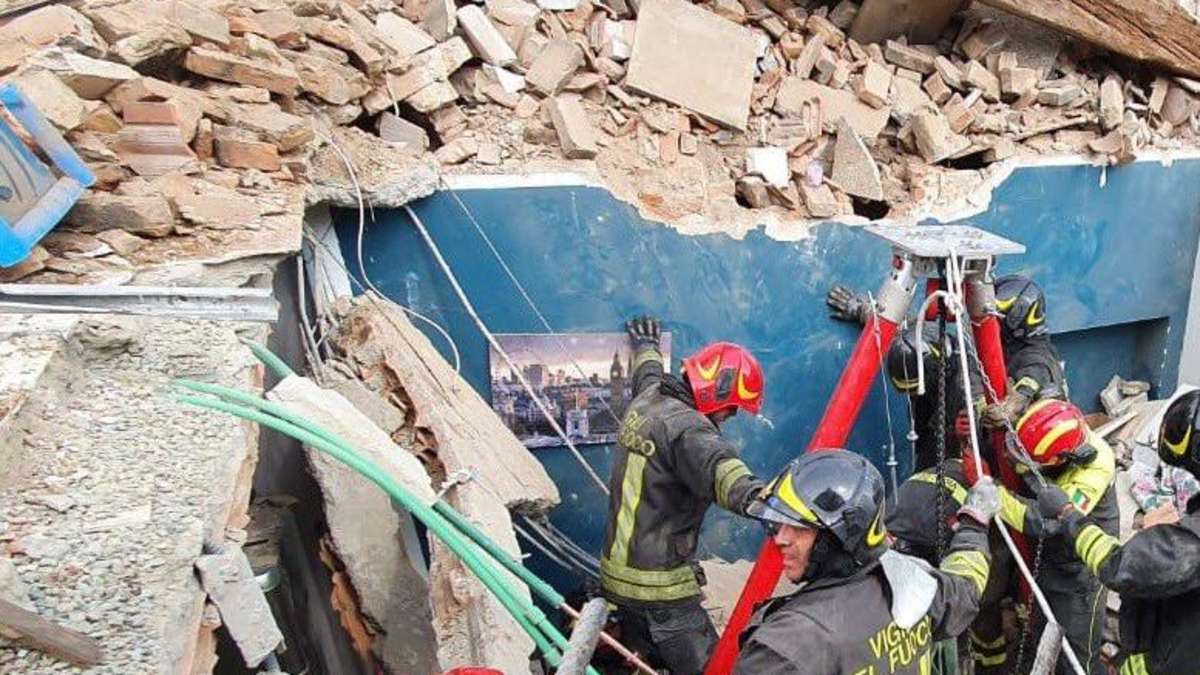 In Turin, a residential building collapsed after an explosion. A boy was killed in the process. Now the fire brigade freed a dog from the rubble.

Turin – On Tuesday, a residential building collapsed near Turin after an explosion. Now the Italian fire brigade was able to free a dog from the rubble: It had been lying under the remains of the house for 30 hours, according to the fire brigade.

On Wednesday evening, the fire brigade from Italy announced via Twitter that they could rescue the dog Ettore from the rubble of the house. In addition, the fire brigade published a video of how the four-legged friend looks out from between wood and rubble.

“Ciao bello,” a firefighter greeted the dog and stroked it. He was doing well, it was said.

On Tuesday morning, the emergency services went to the building in the north of Turin. After several hours, they found the lifeless body of a four-year-old boy. Previously, the rescuers said they had freed several people from the rubble. The roof of the house collapsed after an explosion. After the incident, it was speculated that a gas bottle was the reason. The investigation into the cause is still ongoing. (dpa / rjs)