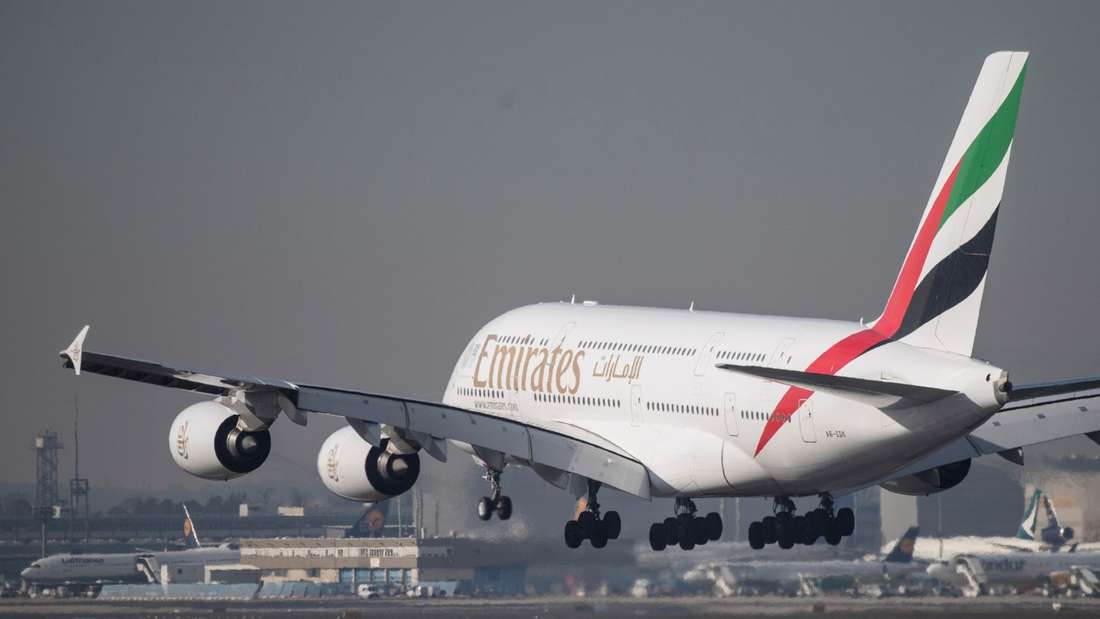 The second Corona year in a row was a problem year for world aviation in many ways. It benefited flight safety. The evaluation of the safest airlines was still difficult.

Johannesburg – Aviation experts from the Hamburg Aircraft Accident Bureau JACDEC have again chosen the Gulf airline Emirates as the safest airline in the world this year.

The world’s largest operator of the double-decker A380 airliner – the largest passenger jet ever – retains its top position in a JACDEC evaluation for the aviation magazine “Aero International” (February issue). Even a risky incident shortly before the end of the year when a Boeing 777 took off in Dubai did nothing to change this positive overall rating. With a risk index of 95.05 percent, Emirates is among the 25 largest airlines in the world, ahead of the Dutch KLM (93.31 percent), the US airlines Jetblue Airways (91.61) and Delta Air Lines (91.55) and the British Easyjet (91.28). The theoretically achievable best value is 100 percent, according to the ranking published by the German Press Agency.

Regional rankings were also published for the first time

Air Canada (90.9) follows in sixth place, ahead of the US airlines Southwest (90.11) and Spirit Airlines (89.73) as well as Irish Ryanair (89.41) and the Arabian Qatar Airways (89.24 ). Lufthansa landed in 17th place with an index of 87.9. For the first time, the Hamburg aircraft accident investigators also published regional rankings that compare the largest airlines within their regions. Instead of a single listing with 100 airlines, there are now four individual lists, arranged according to world regions.

See also  Spain: the extreme right can enter a regional government for the first time

“The reason for this reorganization was primarily due to the changed proportions, which had shifted in favor of many airlines with strong domestic markets such as China or the USA,” explained JACDEC founder Jan-Arwed Richter. Since there was another slump in the aviation business due to a corona-related collapse in 2021 in view of an only hesitant revival of flight activities, old accidents at the airlines were also more significant this time. Because they did not achieve sufficient passenger kilometers this year, well-known airlines such as Austrian Airlines, Eurowings and Condor are not among the European top 25. The experts calculated a risk index of 85.7, 89.71 and 88.54 percent for them.

Industry is back to profit by 2023

Because the corona pandemic ruined the business of many airlines again – most recently the new Omikron variant paralyzed the hoped-for upswing at the end of 2021. Before their appearance and the renewed restrictions, the general director of the IATA airline association, Willie Walsh, put the industry losses from the pandemic at a good 200 billion dollars at the beginning of October. For 2021 he expected a loss of 52 billion dollars (44.7 billion euros), for 2022 still red numbers of 12 billion dollars – until the bottom line of the industry is back to profit in 2023. With the drastic collapse in air traffic in 2020, airlines worldwide posted a combined loss of $ 138 billion.

The JACDEC assessment is based on the airline’s accident history over the past 30 years, the country-specific environment in which it operates and the airlines’ specific risk factors.

The passenger kilometers flown by the airlines are an important parameter for the evaluation: the more of them an airline covers without an accident, the lower the risk and therefore the safer it is in this ranking. Only the large airlines are included in the definition framework. In view of the strongly reduced flight activities due to the corona, the table is again only of limited informative value this time. dpa