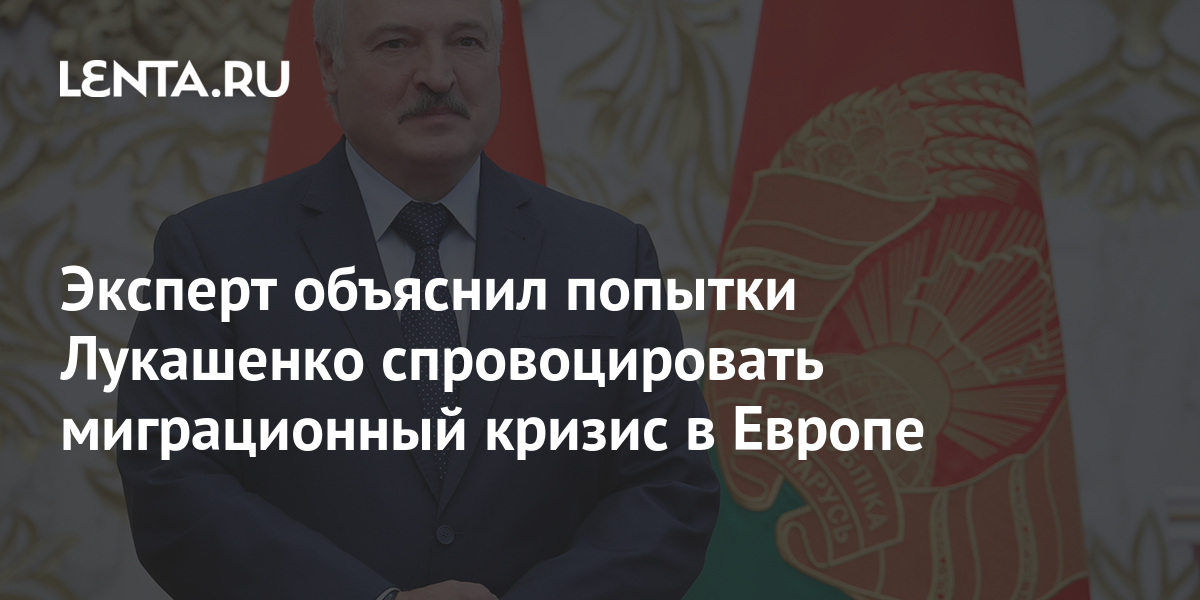 President of Belarus Alexander Lukashenko pursues his own goals in attempts to provoke a migration crisis in the EU. This opinion was expressed in a commentary to Lenta.ru by Russian political scientist, associate professor at the Higher School of Economics (HSE) Andrei Suzdaltsev.

The matter concerns the increased flow of refugees from the countries of the Middle East and Africa who arrive in Minsk and then try to illegally break through the Belarusian-Lithuanian border. According to the expert, the Belarusian president deliberately stimulates the growth of this flow, because he is trying to achieve the lifting of sanctions and enter into a dialogue with the EU leadership.

“Lukashenka has been assuring for many years that he is the salvation of the EU. That he is holding back migrants, drug trafficking, some nuclear materials with the last of his strength. This time, he simply decided to demonstrate that he is able to remove this control, ”explained Suzdaltsev.

The specialist also noted the similarity of the tactics of the head of Belarus and Turkish President Recep Tayyip Erdogan against the background of the aggravation of the situation in Syrian Idlib in 2020. He recalled that then Ankara, in fact, in a similar way tried to force the EU not to interfere in the sphere of its interests. “Lukashenka is catastrophically afraid of remaining an outcast. But he believes that he will be able to put pressure on everyone with impunity, like Erdogan, ”the expert added.

On July 2, the Lithuanian authorities introduced a state of emergency due to the influx of illegal immigrants from the Middle East who enter the country from the territory of Belarus. According to Lithuanian border guards, the number of such migrants has increased more than 20 times compared to 2020.

Vilnius blamed official Minsk and personally Lukashenka for this situation. It is assumed that the Belarusian authorities are using their national tour operator “Tsentrkurort” to transport migrants from Syria and Iraq to the borders of the European Union and make money on this.