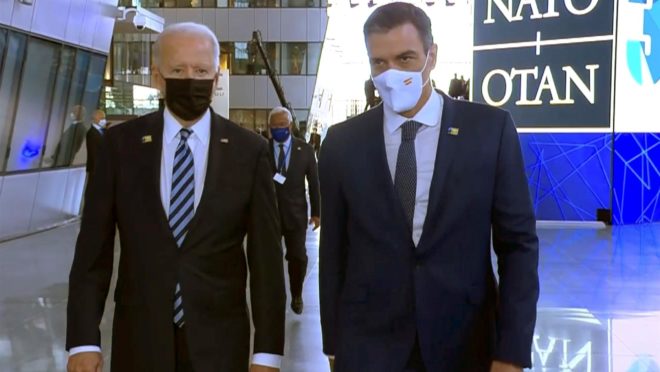 The leaders of NATO (North Atlantic Treaty Organization) warned on Monday (14) of the growing military threat that China represents. According to the organization, the Asian giant has been expanding its nuclear arsenal and is not transparent about its military modernization efforts.

Alliance chief Jens Stoltenberg stressed that China is “coming close” to NATO in technological and military terms, as well as cooperating with Russia.

Despite the statements, he said a new Cold War against China is not in NATO’s interests.

“We urge China to fulfill its international commitments and act responsibly in the international system, including in the space, cyber and maritime domains, in line with its role as a great power,” NATO leaders declared in the joint conclusions of the summit held on Monday in Brussels.

In the text, the leaders highlighted the “growing influence and international politics of China”, which “may present challenges” that NATO must face together “in defense of its security and interests”.

“China’s stated ambitions and assertive behavior present systemic challenges to the rule-based international order and other areas relevant to Alliance security. We are concerned about coercive policies that contrast with the fundamental values ​​that the Washington Treaty upholds,” they warned.

NATO also warned of the rapid expansion of Beijing’s nuclear arsenal “with more warheads and a greater number of sophisticated systems to establish a nuclear triad”, ie the division of a country’s atomic arsenal into ground missiles, projectiles carried by bombers strategic and those transported by nuclear submarines.

SIPRI (Stockholm International Peace Research Institute) estimates that China has 350 nuclear warheads, 15 times less than the US arsenal. However, “China is undergoing significant modernization and expansion of its stockpile of nuclear weapons,” the research institute said.

As they emphasized, China is “not transparent in the implementation of its military modernization and its publicly declared civil-military fusion strategy” and, in addition, “cooperates militarily with Russia, including through participation in Russian exercises in the euro area. Atlantic”.

“We remain concerned about China’s usual lack of transparency and misinformation,”

On the other hand, NATO says it welcomes “opportunities to interact” with China “in areas of relevance to the Alliance and on common challenges such as climate change” and to maintain a constructive dialogue with Beijing “wherever possible”, a rather they see value in “exchanging information about respective policies and activities to discuss potential disagreements.”

“Allies urge China to make a significant commitment to dialogue, trust-building and transparency measures around its nuclear capabilities and doctrine. Transparency and mutual understanding would benefit both NATO and China,” the allies conclude. allies in the text.