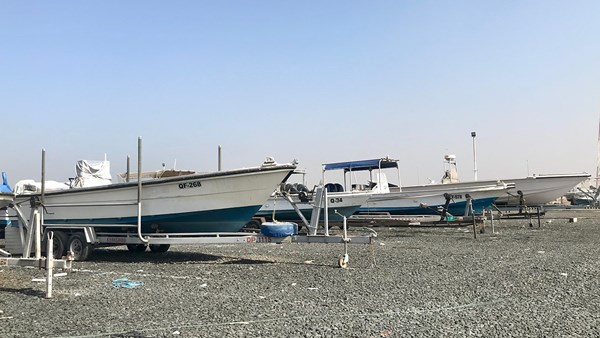 The Fishermen’s Association in Umm Al Quwain exempted 47 senior citizens and low-income fishermen from paying rental fees for the boat stands in the Atten area, and reduced the fees from 1,000 dirhams to 800 dirhams for the rest of the fishermen.
Jassim Hamid Ghanem, head of the Fishermen’s Association in Umm Al Quwain, said that the exemption came in the interest of the rational government, to reduce the financial burdens on the shoulders of fishermen, especially in light of the Corona crisis, which affected the profession significantly, and led to a decrease in profits.
He pointed out that the boat stands include 257 parking spaces of different sizes, 210 of which have been rented, in addition to a workshop for the repair of marine engines equipped with equipment and cranes, a garage factory, and 27 warehouses for storing fishing tools, and 21 surveillance cameras have been installed to preserve the fishermen’s property.
He stressed that the boat stands were established to limit stopping boats in public places, in parking lots and in front of homes, which distorts the city’s general view and impedes traffic, stressing that the site is equipped with guarding and surveillance cameras in all corners, to preserve the boats and their contents.

Algeria: two years later, what remains of the Hirak protest?