Executives of Public TV displaced for the withdrawal of cash in three bags with $ 11.4 million 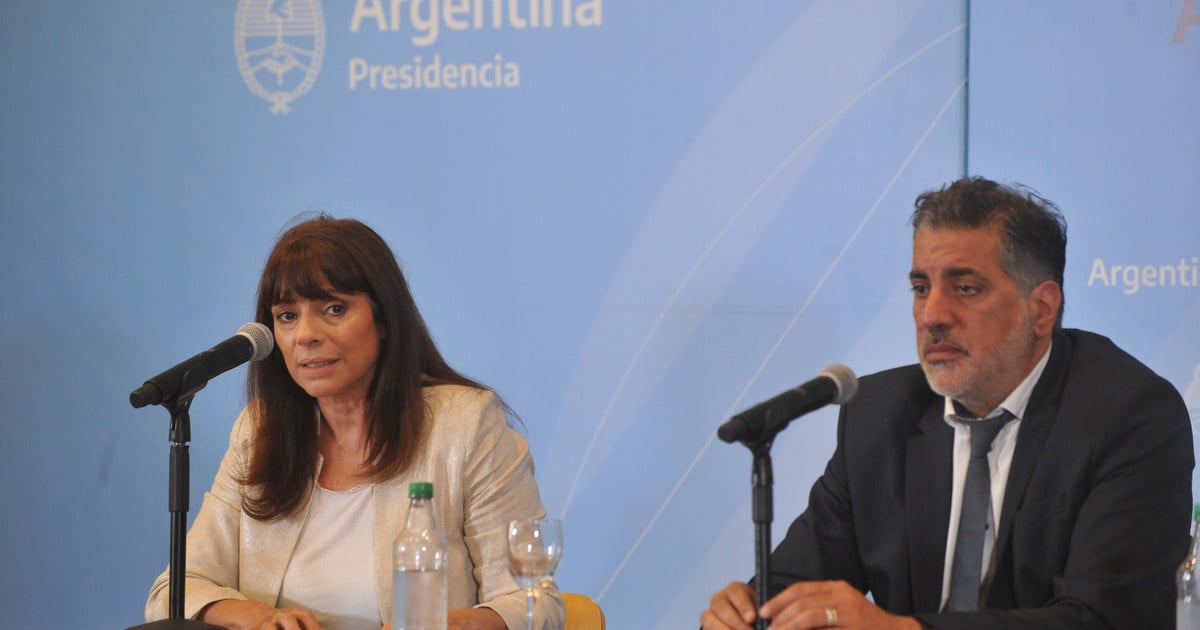 The money they withdrew in bags from Public TV was almost triple what was known until now. The Secretary of Media and Public Communication, Francisco Meritello, announced in a press conference that there was three cash withdrawals, totaling $ 11.4 million, and that due to this “irregular procedure” the Production and Administration areas of the state channel intervened, removing their top officials.

The canal authorities they kicked out Guillermo Siaira, Director of Administration and Finance of Radio y Televisión Argentina (RTA), which is the state company that manages Public TV; and they also accepted the resignation of Ernesto Molinero, Production manager of Public TV. In addition, they initiated administrative proceedings to displace other managers who “are from the plant in the canal” and did not present their resignations. Their replacements have not yet been appointed.

Meritello said that they sent the images of the channel’s internal cameras to the Justice, which allow identifying those responsible for withdrawing the cash from the Banco Itaú branch that is within the Public TV. Those “identified they withdrew $ 5 million twice, in the same week; and then they took $ 1.4 million, on Monday of last week, when the scandal broke out within the channel.

Of that amount, the channel authorities were able to recover $ 8,085,940 in cash, while the rest was spent by the displaced managers in the production of the miniseries. Belgrano’s forbidden loves. Now those payment vouchers are being analyzed in an audit that is being carried out by the internal auditor of the Sindicatura General de la Nación (SIGEN) in RTA, Rolando Oreiro.

According to the Undersecretary of Public Media, Claudio Martínez, the miniseries has an approved budget of $ 56 million, for the realization of four chapters of one hour each. The series is an internal production of Public TV, which is based on the book by Florencia Canale and will be directed by Alberto Lecchi, with the leading role of actor Nicolás Cabré, among others.

The federal prosecutor Gerardo Pollicita investigates the withdrawal of money from Public TV, based on a complaint by Ricardo Benedetti, since Cash withdrawal of such amounts of money and payment in cash is prohibited to suppliers. That is why, last week, he asked the head of RTA, Rosario Lufrano, to hand over all the documentation and the filming of the bank withdrawals, as well as the names of the people involved, the dates and the exact amounts of the money withdrawn in cash.

Complainant Benedetti was official in the macrista management of Hernán Lombardi, when he was coordinator of Analysis and Management Control of the Federal System of Public Media and Content. Now he is a columnist for the program that Baby Etchecopar has on Radio Rivadavia and general secretary of Banquemos, a very active group of Juntos por el Cambio (JxC). From that political front, there were 13 deputies who asked to summon Lufrano, so that the president of the RTA can report on this scandal in Congress.

In the press conference at the CCK, Lufrano assured that “here there was an irregular administrative circuit.” And she recounted the actions carried out by her management since she was warned about what was happening, on Sunday of last week, until she also filed a complaint with the Justice -after Benedetti- and displaced the executives involved in these crimes.

The case became publicly known when Clarion revealed last Tuesday that a public TV manager had withdrawn $ 4 million in cash in a purse from the account that the channel has at Banco Itaú to pay production expenses for a fiction about Belgrano; and that the channel authorities had initiated an internal audit and had demanded that the managers involved return that money and deliver the receipts of the payments they made on those days, since they had to carry out the operations electronically, since payment is prohibited. in cash to providers of Public TV.

Now it became known that several managers were involved and that, in fact, they had withdrawn $ 11.4 million in bags, of which little more than $ 8 million could be recovered. The rest was paid irregularly in cash to the providers of the Belgrano miniseries.