Exclusive Interview: Who is Erin Kellyman, Falcon’s Rebel and the Winter Soldier 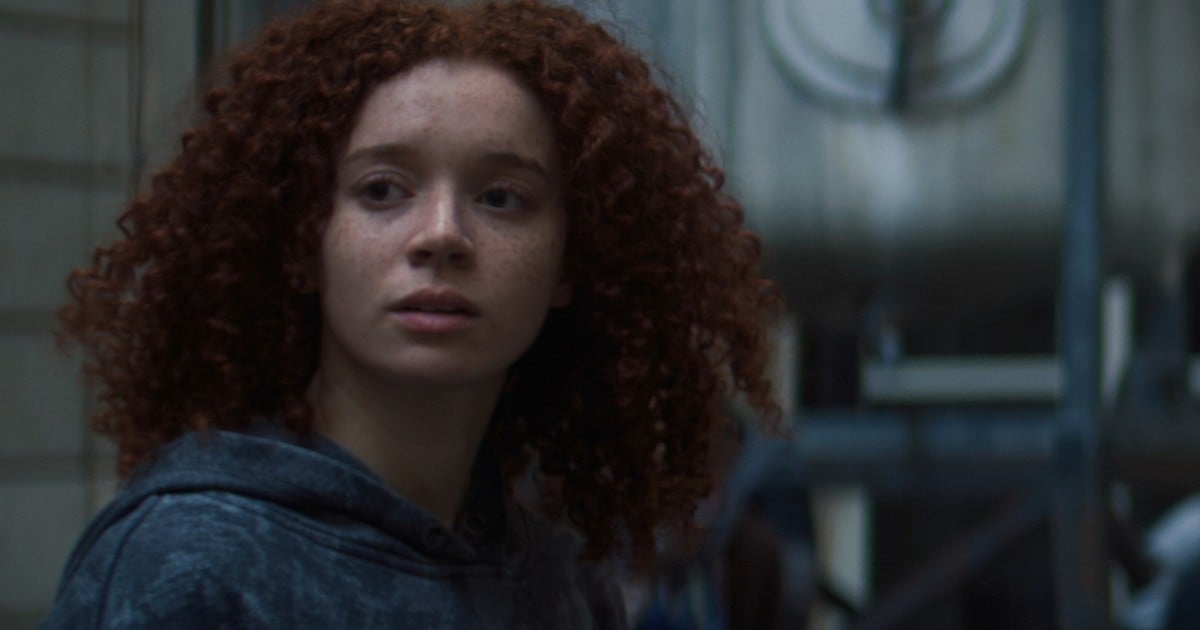 To be chosen the leader of the rebels in the productions of two entertainment giants such as Disney Y Marvel, in a movie derived from Star wars (Han Solo) and a Marvel series (Falcon and the Winter Soldier).

A matter of luck, or of talent?

This is what happened to the British Erin Kellyman, who by Zoom looks so jovial, friendly and sincere that it seems that the machine for preparing stars has not contaminated her too much.

-Hello. What do you know about Argentina, our culture or our cinema?

-I really don’t know anything about Argentina.

Because it must be strong that, overnight, one wakes up with that His name is one of the most sought after in the film and entertainment Bible, such as the IMDb search engine (by Internet Movie Database).

Erin is now better known for being the masked one Karli Morgenthau in Falcon and the Winter Soldier, the series from which Disney + premieres a new chapter every Friday (with today’s, the fourth, there are still two more to be released).

In the second chapter we saw Bucky Barnes (Sebastian Stan) get kicked in the body and soon they let us discover that it is a super soldier.

Yes, as Steve Rogers was at the time, himself Captain America played by Chris Evans.

-Had you read any of the Captain America comics before working on “Falcon and the Winter Soldier”?

– Actually, I had not read the comics, but I had seen all the movies. I was a huge movie fan since I was very young. So yeah, I always found it very surreal to be able to work on this now, having been a movie fan from such a young age. Yes, I was a huge fan of the movies, but I hadn’t actually read that much of the comics.

Kellyman told Clarín that as a girl she dressed up as Spiderman and the Hulk. Photo: Marvel / Disney

-Yes, yes, I used to dress up as Spiderman and Hulk. It’s that my cousin had all these outfits. And that’s why I used to go to his house and we played dress-up. And that was even before watching the movies. It seemed to me that the costumes and things were really great.

Where did we see it?

After being one of the protagonists of Solo: A Star Wars Story, Kellyman acted in a classic of another class. It was Éponine in the BBC adaptation of Les Misérables (2018/19). He worked alongside English stars as Olivia Colman (Elizabeth II in The Crown), Lily Collins (the daughter of Phil Collins, star of Emily in Paris), David Oyelowo (Selma, Midnight sky) and Dominic West (The Wire).

She went to audition for Colette, but she stayed for Éponine.

-And what surprised you the most when filming “Falcon and the Winter Soldier”?

-What impressed me the most? Uh… I feel like it was quite surprising how much it developed as a movie, I feel like I was hoping it felt like something much, much smaller. But the whole scale felt like a great movie, the amount of action in it, how big were all the sets and how many people were working on them. It just felt like a gigantic movie. That’s what surprised me, I think.

“I was surprised that it felt like a great movie,” he says of the filming of “Falcon …”. Photo: Marvel / Disney

-You are getting used to being a rebel. You were the leader of the rebel Cloud-Riders in “Han Solo: A Star Wars Story”, and now this …

-It’s been a lot of fun playing both (characters). Me, I take it as a huge compliment from Disney for having played Enfys and now Karli.

-And would you like to reprise the role of Enfys in a new “Star Wars” project?

Erin Kellyman’s character, in the comics, is a man. Photo: Marvel / Disney

Karli Morgenthau was, in the comics, Karl. So, among other things, he won an i.

Likewise, there is still much to discover about this character, who is as adept at fighting (“I had severe training, but not as much as the stunt training I had for the Han Solo movie”) as he is helping the most vulnerable.

But there would be something that Karli, or rather, the script of Falcon and the Winter Soldier, from what we saw so far, they keep us hidden. “Wait for the program to advance” is all he says, because he can’t really say anything that spoils the series.

With today’s episode, Friday, April 9, there are still two to go to the end of the series. Photo: Marvel / Disney

Erin loosens, and concedes that since Karli wears a mask many of the times she braids herself in a fight, that, even if it hides her freckled face, is not without its benefit.

“Double the risk makes everything look better, and nobody notices,” he laughs.

And where will we see it

Erin has another movie to release. It is the expected The Green Knightby David Lowery (My friend the dragon, and what is rolling Peter Pan & Wendy, with Jude Law) a horror fantasy that opens at the end of July, about Sir Gawain and the knight of the title.

There he accompanies the protagonists, Dev Patel (Who wants to be a millionaire?), Alicia Vikander (Oscar for The danish girl) and Joel Edgerton (Loving, The Great Gatsby).

Next year we will see her in the sequel to “Willow”, in series format, on Disney +. Photo: Disney

And he will star in the sequel to Willow, the Lucasfilm classic, about the dwarf farmer with magical powers, now in Disney + serial format. It will premiere next year.

There he works with the director and with one of the scriptwriters of Han Solo, Ron Howard and Jon Kasdan.

So Erin is becoming, in her own way, a disney girl.

Erin Kellyman tells why she agrees with the Flag Smashers fight, so far the “bad guys” of the series. Photo: Marvel / Disney

-And in what matter would you act, with the same determination, the same impetus as Karli, your character from “Falcon…”, but in real life?

-You said you agree with the Flag Smashers fight, in what way? And because? Can you be more specific on this?

-Because they want the world to go back to the way it was during the blip (when the effects of Thanos’s Snap were reversed and half of the living beings in the universe were resurrected). And I think what they mean when they say that is the way that the world came together to support each other for the loss of 50 percent of the population. That is what they are trying to recover. They are trying to give back the unity that people had.

The same people, perhaps, who when they left the cinema to see the last of the Avengers now expect, every Friday in front of their television or their device, that Karli, Falcon, the Winter Soldier, Captain America and Sharon make your way in Phase 4 of the Marvel Cinematic Universe.

The scorer Djurdjevic threatens the serious doubts of Tenerife