EXCLUSIVE: How a British expat pensioner took a horse destined for the knackers yard and made him a champion – Olive Press News Spain 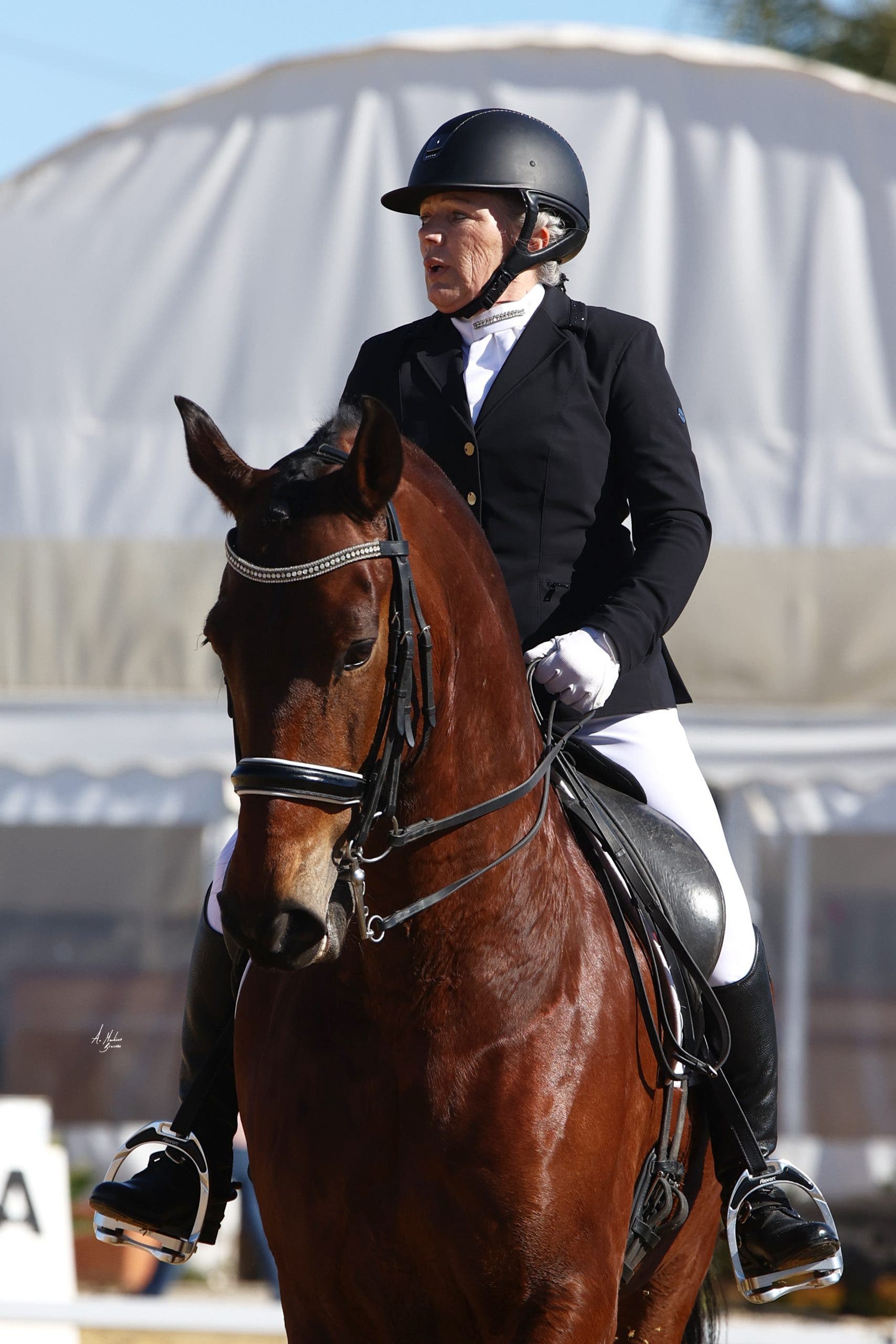 CHRISTINE Hartfield, from the UK, is no stranger to the horse world, a former eventing champion, she has dedicated the last 13 years caring for rescue horses.

What Hartfield never expected was, at 67 years young, to canter — or rather piaffe — her way to silver medal at the recent Andalucian Dressage Championships, celebrated in Huelva at the start of the year.

Dressage requires an incredible relationship between horse and rider and many years of training, something that Hartfield and her horse Avenger or ‘Ben’ as she lovingly calls him, know well, except that their incredible connection has been formed in less than two years.

Avenger, a 12 year old PRE (Pure Spanish Breed) pure Spanish breed was on the verge of being put down by his former owners due to having bad skin issues and paperwork problems, when Hartfield first came across him in 2019.

“He was extremely thin and his neck had a terrible wobble in it, when I first saw him,” Hartfield recalls “he had a skin infection commonly known as ‘summer sores’ making him extremely sensitive, but we connected and he now looks and rides very differently to the horse who came to me. “

“We get on really well together and have learned some complicated movements that neither of us have done before.” she says.

These complicated movements have led Christine and Ben to compete with the best riders in Andalucia and represent Malaga province, coming first team in the Provinces league, an achievement Hartfield credits to her wonderful trainers Penny Wright and Gustavo Artillo.

As a former exhibition horse, Ben’s natural grace was abused and exploited, however in Hartfield’s patient hands, he has regained his confidence and majestic movements once again.

“He is so clever I cannot practice the test on him or he takes over.” she admits with a laugh.

“I have to practice on another horse to learn the test, before I can go over it on Ben.”

At five-foot-four Hartfield also admits she needs a step ladder to climb onto the giant 17 hand PRE and plans to continue with her new phase as a dressage rider and even contemplates moving up this year to higher-level, haute ecole, classical dressage, with Ben croupading the way.

Hartfield, who now lives just outside Antequera, founded Hacienda Horses at Cortijo Uribe with husband Paul Hartfield in 2008 when they dreamed of offering horse riding holidays in Spain for all ages and types of riders, from beginners to experts.

Paul, a former rally driver has used his many entrepreneurial and engineering skills to renovate the Cortijo and together the husband and wife team have created a unique riding school, also adapted for disabled horse riders, in Southern Spain, set in the heart of the Andalucian countryside, surrounded by acres of olive groves, vineyards and pine forests.

Not only have Christine and Paul rescued a countless number of horses over the last 13 years, during that time they have also rescued and homed over 200 dogs.

Hacienda Horses at Cortijo Uribe has been a safe haven for furry friends over the years and also makes the perfect place for non-furry, two-legged friends to relax, ride and recover post COVID-19 or straight away for those lucky enough to live near Mollina, Malaga.

The grandparents of the Alhama residence go abroad after a year

Hilary Duff announces the birth of her third baby: “We love you”

Cartabia Joins the Absentee List of “The Knights” in “Al-Asiya”