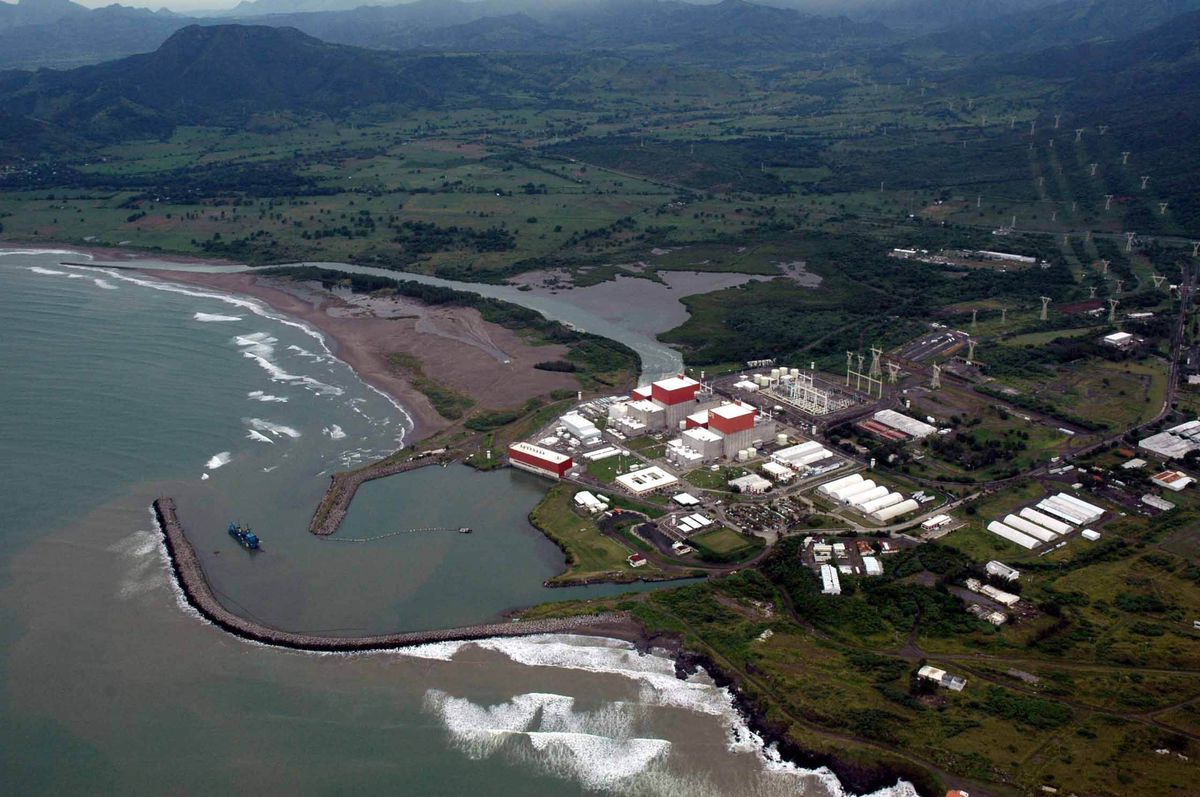 The Laguna Verde Nuclear Power Plant, owned by the Federal Electricity Commission (CFE), is facing saturation of its nuclear waste and used uranium deposits. This is recognized by the 2017-2023 Radioactive Waste and Nuclear Fuel Management Plan of the plant, designed to improve the management of this waste; The plan does not include actions to effectively reduce waste generation, but rather improvements in procedures, process efficiency, and expansion of physical capacity.

The plant, which has four deposits for radioactive waste and a spent fuel pool, generates liquid, gaseous and solid radioactive waste (the latter, by law, must remain at the Laguna Verde facilities). Its accumulation has put the plant in front of one of the industry’s unsolvable dilemmas – what to do with nuclear waste – with an aggravating factor: one of its warehouses is in the process of shutting down activities, another is scheduled to be dismantled for next year and the Ministry of Energy has extended the plant’s operating permit for another 30 years, with no solution in sight for this problem.

Scientific communicator Silvana Buján, founder of Bios Argentina, an organization dedicated to the defense of the environment, explains that, although uranium is spent, it is still a highly dangerous waste: “Science has not achieved any inerting method. Uranium-238 has a decay life of 700,000 years. There are no good practices or good techniques and nobody wants radioactive waste anywhere, ”he says.

Data from CFE of waste inventories consulted by EL PAÍS indicate that the temporary site warehouse (ATS), one of the safeguards that has two warehouses with a total capacity to store 3,319 cubic meters, is exposed to saturation, since it contains 2,793 m³.

Another, the dry solid radioactive waste repository (DDRSS), which has two warehouses with a combined capacity of 1,728 m³, has already exceeded its limit: it houses 2,148 m³. CFE’s Waste Management Plan projects the cessation of operations and dismantling of this deposit in June 2022. By 2017, both warehouses were full, as they contained 2,193 m³, an amount higher than the volume reported by CFE, according to the inspection carried out. in September of last year by sources consulted by EL PAÍS.

Meanwhile, the contaminated materials warehouses (AMAC), which consist of two warehouses with a capacity for 5,639 m³ each, store more than 5,000 cubic meters one and around 4,400 the other. The Cuatro Naves deposit, which protects more than 5,000 m³ of waste, is in the process of cessation of activities, although the destination of its waste is uncertain.

The Management Plan warns that these three deposits (solid radioactive waste, contaminated materials and 4 Ships) have insufficient storage capacity. In addition, it warns that the latter two present degraded physical conditions. According to CFE projections, in the next five years the plant will generate 1,260 m³ of waste more, in 15 years 3,782 m³ more, and in 30 years 7,564 m³. The question is what will be done with them. The state electricity company has not responded to EL PAÍS ‘query.

Óscar Roldán, founder of the National Hydrocarbons Information Center, highlights that the generation and management of waste always represent a challenge for nuclear power plants. Roldán explains to EL PAÍS that, given the threat of storage saturation, the option of deep geological deposits should be considered, a resource used in the United States and under construction in Finland. But, at the moment, there are no such plans in Mexico.

Although the original Laguna Verde operating license requires the maintenance and storage of radioactive waste adhering to radiological standards and controls, the conditions for the renewal of that permit, which was extended by the Ministry of Energy (Sener) in July 2020 by another 30 years, it does not mention waste management.

The improper storage of waste has been a recurring problem at the only nuclear power plant in Mexico, as evidenced by inspections by the National Commission for Nuclear Safety and Safeguards (CNSNS), an organ of the Ministry of Energy.

In the inspection carried out by the Commission in January this year, for example, it was noted that 153 drums of radioactive waste and contaminated material had been improperly stored since 2018 in a room of the plant’s Waste Building. In January 2020, Laguna Verde promised to solve the problem, but has still done so, according to the nuclear regulator in March. In addition, the inspection reports show that the plant incurred similar irregularities in 2016, 2017 and 2018.

The new used uranium bar deposit has also experienced setbacks. The commissioning of the Independent Dry Fuel Storage Facility (ISFSI) was delayed two years – from 2016 to 2018 – due to delays in the international tender for the construction and supply of the containers for the rods.

The ISFSI, an open-air site within the plant’s polygon, receives the cylinders from each unit’s spent fuel pool (ACG) and its purpose is to increase its installed storage capacity by 20 percent.

During the uranium change that takes place every 18 months, 144 cylinders go into the pool, whose capacity totals 3,177 assemblies for cooling for three years. In 2020, the tank of Unit 1 accumulated 2,032 fittings and that of 2, 1,890. Without the ISFSI, whose goal is to accumulate 130 containers (each of which can hold 89 cylinders) for at least 40 years, both pools would fill up next year.

Waste safety, generation and management are issues that the nuclear industry has been unable to resolve since its military beginnings in the 20th century. The World Report on nuclear waste 2019, prepared by eight German organizations, denounced that this garbage represents a threat to human health, due to its radioactivity and potential contaminant. In addition, he warned that the final disposal of nuclear waste poses great challenges for governments around the world and that most nations have yet to design and apply a waste management strategy for all types of waste.

Challenges include finding potential final deposits, sorting waste, safety standards that site operators must meet, and financing rising management costs. In the United States, the Waste Isolation Pilot Plant, located in Carlsbad (New Mexico), has been operating since 1999, the only geological repository for long-lived nuclear waste, which includes used atomic fuel and waste from the nuclear military industry.

One of the dilemmas posed by this deposit allows one to imagine the scale of the challenges facing the industry: the Department of Energy had to put two committees of scientists to investigate and discuss how to mark the place to warn future generations of the danger that that zone entails so that they do not excavate there. Computerized projections estimate that in 1,000 years the ceilings and walls of this underground plant will collapseBut the plutonium it harbors will remain a lethal hazard for 25,000 years.

A similar problem will be faced in Finland by the deep deposit of Onkalo – about five kilometers below the surface – whose construction began in 2004 and is not yet complete, which will receive spent fuel from two nearby nuclear plants.