Excavation of the Son Real Necropolis ends in July 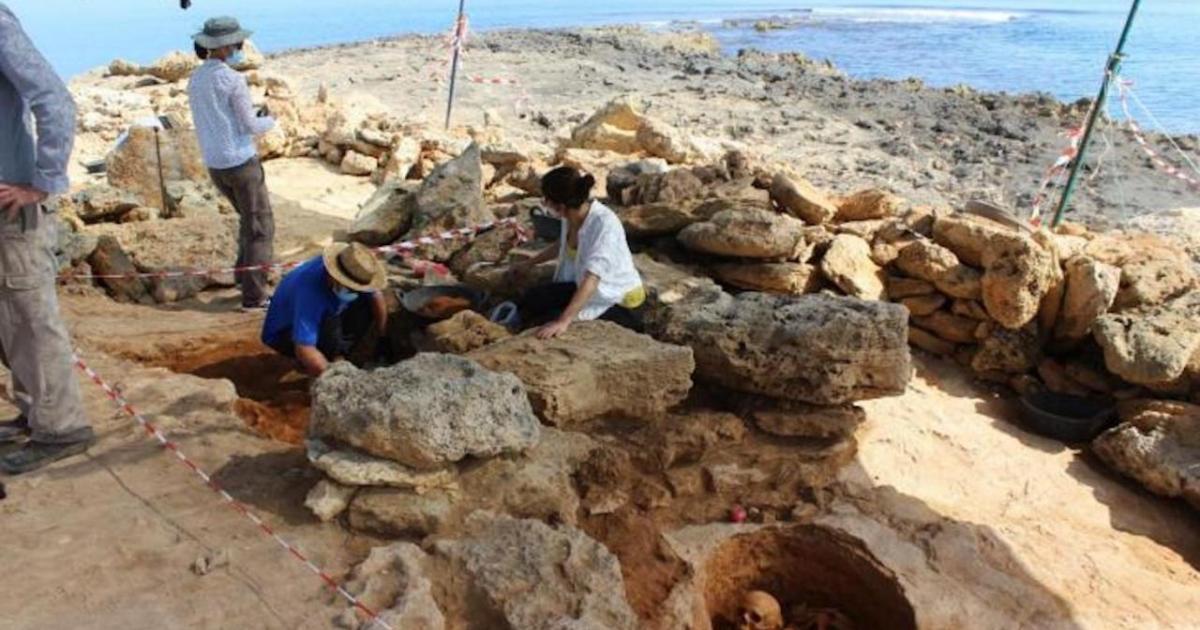 The excavation campaign at the They are real necropolis in the Municipality of Santa Margarita will end on July 2 after 23 years.

The burial ground sprawls over some 800,00 square meters on the Point des Fences in the Bay of Alcudia and was built between the 7th Century BC and 1st Century BC.

For years the dead lay undisturbed, except for coastal storms which battered Punta des Fences, eroding many of the tombs closest to the sea, but leaving the ones furthest from the sea untouched and were very well preserved.

The necropolis was rediscovered in the late 1950’s and since then archeologists have uncovered more than 300 bodies as well as pottery, weapons, musical instruments, jewelery and shells in the tombs.

The Son Real necropolis excavation was carried out at two different times.

Archaeologist, Miquel Tarradell launched the first excavation project in 1957, which lasted until 1969.

In the 1970’s and 1980s, the local Council was heavily criticized for doing absolutely nothing to preserve the necropolis, which at one point was used for motocross events!

The second excavation project began in 1998 and has been running ever since, apart from a couple of interruptions due to finance problems in 2011 and the Covid pandemic last year.

Over the years some very important materials have been uncovered at the necropolis, which have helped to identify some ancient Balearic customs.

The 2021 project was paid for with a 40,000 euro grant from the Secretary of State for Tourism and Archaeologist, Jordi Hernández-Gasch and Restorers Margalida Munar and Bernat Burgaya presented the last excavation campaign of the necropolis on Wednesday.

“The body of a very tall man was located in the right lateral decubitus position (on his right side),” said Anthropologist, Francisca Cardona. “The skeleton is very well preserved. It shows evidence of rodents and perhaps flooding and the skull and some teeth were displaced. Laboratory tests will determine even more details. “

The project is drawing to a close after 23 years, but Jordi Hernández-Gash says his work isn’t over yet.

“Being able to experience the culmination of the excavation of a site as important as Son Real is very satisfying and it’s exciting to have started a campaign when I was 27 and make it this far, he said. “The excavations are ending, but the research will continue and there’s an important conservation task ahead to avoid marine degradation. 30% of the necropolis has already been washed away by the sea and with climate change it will get even worse. “