The strong competitions of Exatlón México 2021 continue, the sports competition program produced by TV Azteca. Last Monday, October 11, in the elimination of the ‘guardians’ vs. ‘conquerors’, Sweet figueroa, of the first team mentioned, left the program. With this, the reds start well this week of October. In the following lines, we tell you what happened in the last chapter and at what time and from what signal to tune in live the episodes of Exatlón México 2021.

Third badge of the Exatlón

The victory goes to Marisol and she tied for the lead of the competition.

The two athletes of the blue team face each other to win this challenge. Marisol scores first, but because they have fewer credits they must go to a second round to beat Tanya.

Marisol with two badges seeks to pass this challenge and reach the end of the route of champions. Marisol of the blue team wins.

The participants face each other in this key duel. The victory this Marisol of the blue team.

The contestants face off in search of the Exatlon Badge. After an arduous competition for teaching Tanya wins and remains in competition.

The participants of the red team face each other. Briseida earns both credits and is nearing the end of the challenge.

Second round: Tanya vs. Marisol

The participants of the guardians face for a pass to Formula 1. The one who wins the challenge is Paulina and goes on to the next round.

The triumph in this challenge is for Briseyda.

Victory on the championship track is for Tanya.

Marisol manages to win the duel

The participant of the blue team will not be able to be part of the second competition tonight due to an injury and will undergo a medical evaluation.

The second challenge of the night is the route of the champions, the winner will win a pass for Formula 1 competition. The team that gets 4 flags will win.

VICTORY OF THE CONQUERORS 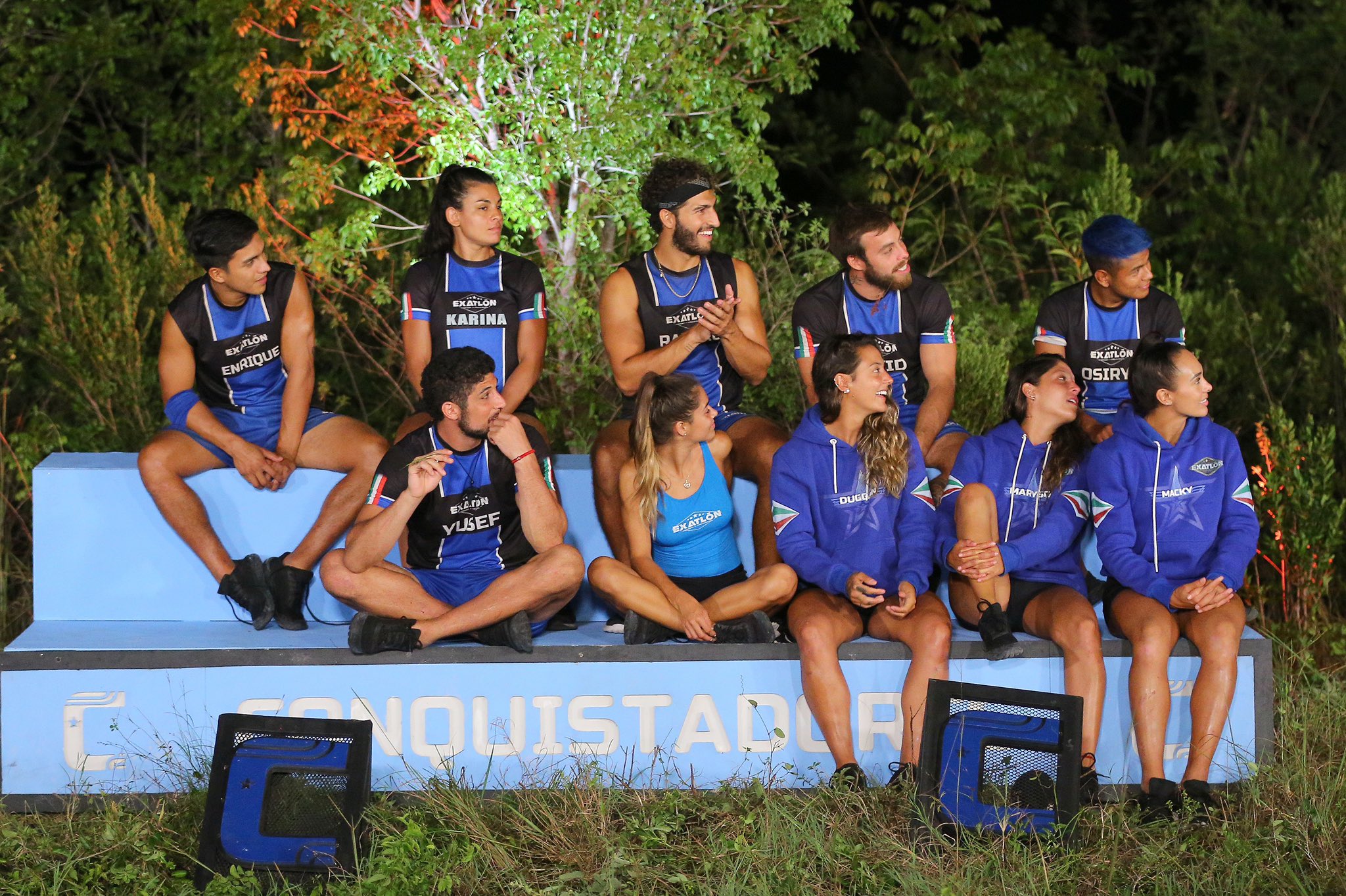 Osiriris from Los Conquistadores scores 25 points and wins the challenge.

Koke of the blue team achieves 10 points in the second attempt with which he wins the duel and results 4-2 in favor of the conquerors.

Macky from the blue team wins, giving a total of 3 to 2 in favor of the conquerors.

The contestants score for sudden death and the point goes to Tony from the red team.

Tania from the blue team wins with 20 points.

The blue team wins this duel.

Jahir gets from the red team manages to win the duel with 25 points.

Athletes will have to learn to manipulate the Exatlon slingshot. The driver highlights that it is an unpredictable artifact. In addition, it indicates that the program’s bazaar will open. Each participant will have the opportunity to shoot 3 shots.

The member of the red team says that her goal is not to be the best but to improve during the competition.

The extreme competition of Azteca uno begins with a confession from Tanya Núñez and says that she would feel very good in the rival team.

Who won the fortress in Exatlon 2021?

After several days without knowing the victory, the ‘guardians’ of the Exatlón 2021 won the competition this Monday, October 11. Despite the fact that the score in points was quite even, Alan managed to win the battle of the Derby prime time, and with this he gave the victory to his team.

Who was the last eliminated from Exatlón México?

The last person eliminated from Exatlón México was Dulce Figueroa, of the red team. “I loved my team. If they invited me to return with the red team, I would return to Exatlón ”, said Dulce after being eliminated.

Last Sunday, the Mexican Olympian of ‘guardians’, Briseida Acosta, He suffered an accident while doing a circuit of the end of the world, where Marysol Cortés was measured. A calculation error left her unable to compete in the second for the Survival of the date.

How are the teams of ‘guardians’ vs ‘conquerors’ made up?

Participants of the ‘guardians’ team:

Participants of the ‘conquerors’:

In Latin America, Exatlon 2021 It can be enjoyed at the following times:

The live and direct transmission of Exatlon Mexico 2021 you can follow through Aztec ONE. The competitive reality show is also available on cable, on channel 101 of the television companies. izzi, Dish, Star TV, Sky and Megacable.

How to watch Azteca Uno LIVE?

Viewers residing in Mexico will be able to tune in to Azteca Uno live through the channel 1.1, available in open signal nationwide.

How to watch TV Azteca LIVE?

To see them TV Azteca channels live on the internet you just have to access the application Azteca 7, available to download on smartphone and tablet from Google Play.

If you don’t want to miss any chapter of Exatlon Mexico 2021You must visit the website of La República Espectáculos, from where we will provide you with the details of each episode with all the incidents.

Migrants - Vulnerable children, the plight of refugee minors in the world

Driving report Toyota Highlander: No connection for this number