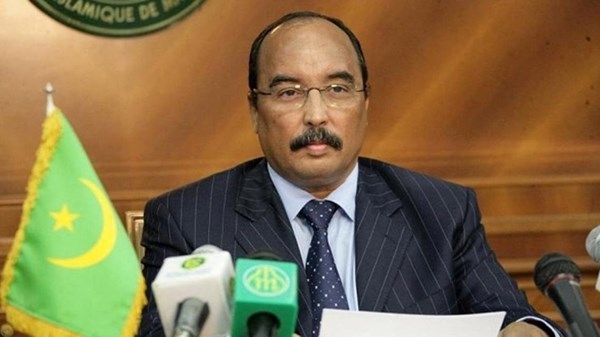 Former Mauritanian President Mohamed Ould Abdel Aziz, who is accused of corruption and is subject to judicial control, threatened through his lawyer to “cut the silence”, which could lead to “change a lot of things”.
On March 12, an investigative judge brought charges against Abdulaziz and imposed him under judicial control, along with one son-in-law, two former heads of government, and a number of ministers and businessmen.
The former president was required to report to the police three times a week and to ask the judge for permission to leave the capital, Nouakchott.
“In the event that the current deception continues, I am sure that my client will break the silence despite his commitment to the constitution and Article 93, which protects him from legal procedures in the ordinary courts,” lawyer Mohamed Ould Ashdou said in a press conference.
“I am also sure that if he breaks his silence, many things will change and a lot will be shaken in Mauritania,” he added, without explaining the nature of the information that could be revealed or the party that could be harmed by it.
The lawyer also indicated that he had lodged an appeal against the indictment and had placed the former president under judicial supervision.
After more than ten years in power between 2008 and 2019, this indictment represents a new stage in the marginalization of Abdel Aziz during the reign of his successor, Mohamed Ould Sheikh Al-Ghazwani, his former chief of office and former minister, even though he paved the way for his access to the presidency.
Ould Abdel Aziz asserts that he is facing a “settling of scores”, while the current president defends the independence of the judiciary.

Agriculture negotiates with each community the conditions to apply the CAP