Marvel Cinematic Universe entered Phase 4, and we already saw the first titles from this era, like “Shang-Chi And The Legend Of The Ten Rings” and “The Eternals.” Many fans wonder what the new heroes and what the new movies will bring us.  Let’s look at which movies to follow in 2022 and what we know about them. 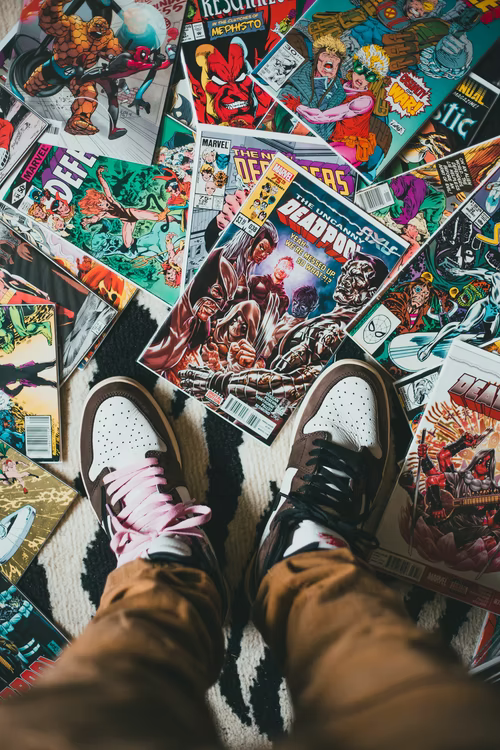 This movie will be out on January 28 and will feature Jared Leto, who will play Michael Morbius. The main character is a doctor who suffers from a rare blood disease. While trying to cure himself with the medicine he invented, he will actually start showing signs of becoming a vampire.

“Doctor Strange In The Multiverse Of Madness”

The sequel of Doctor Strange will be coming to theaters on May 6 and is probably one of the most anticipated titles. Benedict Cumberbatch will be again playing the role of Doctor Strange, and we will see another favorite character – Scarlet Witch, played by Elizabeth Olsen. It is not clear who will be the villain in this movie and who Doctor Strange will face. However, he became one of the favorite characters of many Marvel fans, and they will watch the movie with pleasure.

Marvel movies are available on many streaming platforms, mainly on Disney+ shortly after being taken down from the big screen. So, people will also enjoy them at home on their smart TVs. If you are using Fire TV  Stick with a combination with Kodi, you will be able to find them on many other streaming applications and sites. Just don’t forget about keeping Kodi updated to the latest version, so you have access to all the newest content and apps. Like this, you can be sure you will never miss a Marvel movie you want to watch.

The next title from the Thor movies will show us something really new. Even though Chris Hemsworth said that the first two movies are not something like, he completely changed his mind after “Thor: Ragnarok.” We suspect that maybe Thor 4 will become his and our favorite movie from the series.

“Avengers: Endgame” left the Scandinavian god unsure for his future and his next goal. This movie will show us what happened to him but not only. We will some other favorite faces like Tessa Thompson as Valkyrie and Natalie Portman as Jane Foster. And actually Jane Foster will be the big surprise in the movie because she will be the Thor in it. The heroes will have to battle against the evil Gorr, the God Butcher, who Christian Bale will play. The new title is expected on July 8.

After the sad passing of Chadwick Boseman, many people wondered what would happen to Black Panther. We all loved Chadwick in that role, and he will be missed, but we are excited to see what will be next for Wakanda. The movie is planned to go out on November 11. We will see many of the actors from the first part return to the screen and show us once more the technologically advanced country that was hidden from the rest of the world.

See also  Gustavo Bueno: "I have an aversion to melodrama"

Coming on February 17, 2023, we will see the continuation of “Captain Marvel.” Marvel definitely is taking its time preparing this movie. Brie Larson will again play Carol Danvers, and we couldn’t be happier from that fact. We don’t know a lot about what the film will be about, but we will probably see Monica Rambeau and Iman Vellani.

“Ant-Man And The Wasp: Quantumania”

Those two characters will take us on their next adventure on July 28, 2023. We weren’t sure if this movie would happen for a long while because no information was announced about this title. It is no surprise that Paul Rudd will play Ant-Man, and Evangeline Lilly will be the Wasp. However, we know almost nothing else about the movie. But typically, for Marvel movies, we expect a lot of action and humor.

“Guardians Of The Galaxy Vol. 3”

Groot will be back on May 5, 2023. “Guardians Of The Galaxy Vol. 3” will take us on another space adventure with our favorite group of unexpected heroes. The main characters will be the same, and we will see the same actors in the roles of Star-Lord, Gamora, Drax, and the others.

See also  'Chola Puca' reveals a terrible episode of aggression against her mother: "My husband pushed her and insulted her"

Those are all the titles with confirmed release dates for which we know at least a little bit. But there are going to be some movies from Marvel Phase 4 that you shouldn’t move like:

After the merge of Disney and Marvel, you can expect that many more series and movies from the Marvel Cinematic  Universe will also be available on Disney+.  So, getting a subscription for this streaming service is worth it. If you don’t have access to Disney+ for some geo-restrictions or other reasons, you can use Kodi on your smart TV to take advantage of other streaming sites and apps.

2021 offered us many great titles, and we saw the beginning of Phase 4 of Marvel Cinematic  Universe. We will have a lot more to see in 2022 and 2023. Continuations of some favorite titles will allow us again to see our beloved characters, but also new ones will be added to, and we can’t wait. Don’t miss out on any of the adventures Marvel will take us on. Vania Bludau performs hilarious imitation of the dance of ‘Tilín’