Everardo Maciel on tax reform: “Brazil is on a march of folly” 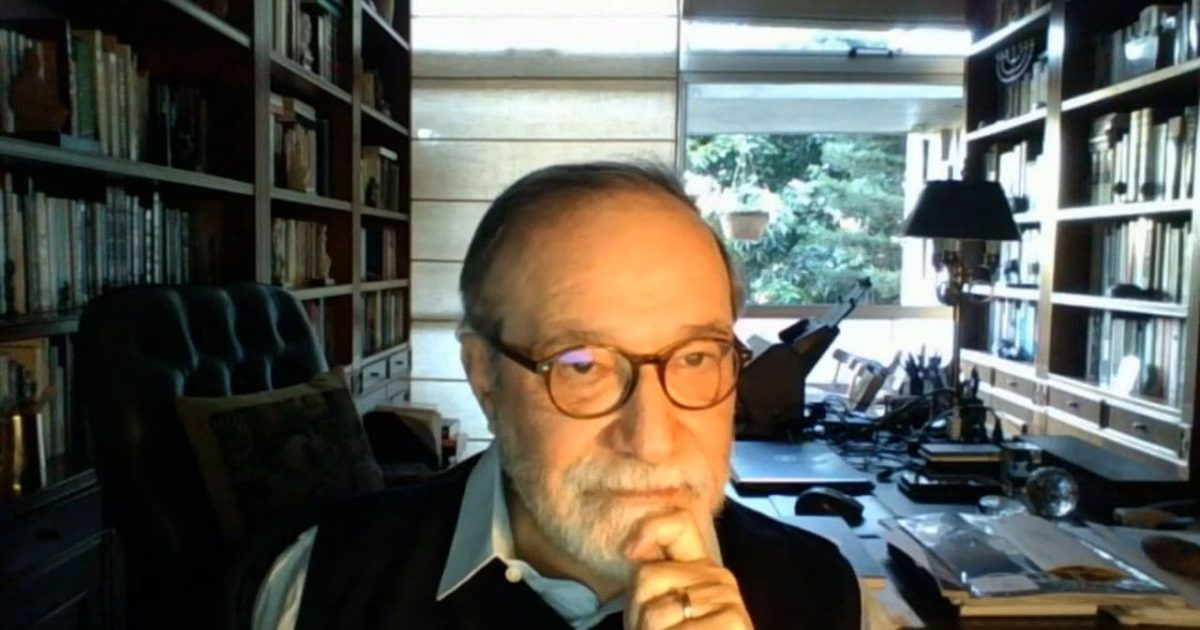 Former Federal Revenue Secretary Everardo Maciel does not hide his aversion to the Income Tax reform proposal sent to Congress by the Ministry of Economy. The report of PL (Bill) 2,337 will be presented this Tuesday (13.jul.2021) by deputy Celso Sabino (PSDB-PA) to the plenary of the Chamber of Deputies.

“If I were the rapporteur, I would keep the correction of the individual’s income tax table. The rest, I would throw away” said Everardo Maciel to Power Interview. “There is unanimity against this project – from banks to schools. I never saw it.“

During the conversation, he criticized the Government’s initiative to carry out structural reforms during a pandemic period, when the priority is public health. In the case of the tax, it accuses the Ministry of Economy of proposing “masked increase in the tax burden”, which will reach sectors such as the provision of medical services, and raise revenue only in the short term. Tax planning and loopholes will be in charge of undermining the volume of resources collected.

In the case of IR for individuals, Maciel sees electoral purpose in the readjustment of the table, even though it does not bring the expected benefit to the taxpayer. “Brazil is on a march of folly.”

Maciel addressed 4 topics of tax reform in the interview.

• IRPF (Individual Income Tax) -The expansion of the exemption range from R$1,903.98 to R$2,500 per month and the 13% readjustment in the next 4 will result in a negligible gain for the taxpayer. “You won’t be able to buy a bag of bread a month,” he said. Still, in his opinion, it’s the only topic that should be kept in the project.

For Maciel, by making such a readjustment, the Ministry of Economy lost the chance to further space the values ​​in each range. This option would make it possible to apply the higher rates, 22.5% and 27.5%, to effectively richer taxpayers. The project, however, provides that earnings above R$ 5,300.01 per month will pay 27.5% – the same rate for those with income 10 times higher.

“The bars had to be more open. Why didn’t they enlarge? Because people who formulate and legislate on taxation would pay more income tax”, he stated.

Another problem pointed out was the restriction of the 20% simplified discount on the annual IRPF declaration to those who have an income of up to R$ 40,000 per year. This decision will especially impact the C class – which will be in the range of 7.5% and 15% with the reform.

The former tax secretary draws attention to a source of income tax wasted by the reform – the so-called indemnity. They have nothing to do with legal remedies in this case. These are the expenses of the 3 Powers with benefits to their employees and authorities, such as housing assistance, functional housing, vehicles with drivers and others. Beneficiaries do not pay IR for these earnings in addition to their wages. They can also go beyond the salary cap for civil servants

• IRPJ (Corporate Income Tax) –There is a 5 percentage point reduction in the IRPJ in the next 2 years, according to the bill. It could reach 10%, according to Economy Minister Paulo Guedes. Rapporteur Celso Sabino said on Monday (12.Jul) that he will propose 12.5%. The relief, however, will also be eroded if the taxation on dividends is maintained, says Maciel.

The tax rate on dividends is set at 20%. It will be collected at source, by the company. In the assessment of the former Secretary of Revenue, this is double taxation – the income tax has already been collected on profits. According to Maciel, the official argument that this taxation encourages reinvestment does not make sense in the logic of economic freedom: the beneficiary can invest in another company, invest in the financial market, buy goods. But the worst thing, he says, is to burden companies and motivate those that calculate income tax based on assumed profit to opt for real profit.

Maciel explains that the assumed profit model is adopted by more than 150,000 companies in the country for its simplicity, absence of litigation and legal certainty. It’s a kind of gentlemen’s – and ladies’ agreement, he adds – with the Revenue. The company assumes the profit it will have and pays a higher effective rate – 2.5%, against 0.99% in real profit. There is no questioning of the calculations. Real profit, says Maciel, is a “Swiss cheese” of loopholes for tax evasion and litigation.

With the taxation of dividends, however, the effective income tax rate based on presumed profit will be much higher than that of actual profit. Migration will be inevitable. It will affect, among others, sectors of provision of medical services. “At a time of health crisis, the Government will increase the taxation of medical services. It’s incredibly stupid,” he said.

The income tax exemption on dividends was adopted in 1995, Maciel’s 1st year in charge of the Federal Revenue. The objective was to focus the income tax on the company’s profit and end the distribution of the disguised dividend.

“We had income tax on dividends for 70 years. The collection did not exist”, said Maciel.

• Interest on Equity -The Ministry of Economy’s proposal is to end the deduction, in the calculation of corporate income tax, of dividends to their shareholders. They will be taxed at 20%. The deduction, according to Maciel, was adopted in the 1990s as a means of ending a dribble by multinationals and holdings: instead of making direct investment in their branches in Brazil, which would then have to be taxed when returning the earnings to the head office, they opted to make loans. Thus, the branch did not pay the tax and returned the loan amount with interest to the head office.

The deduction can be classified as a jabuticaba by experts – a reference to genuinely Brazilian solutions. For Maciel, in this case it was worth leaving out the “stray dog ​​syndrome”. In the year following the adoption of the measure, he says, direct investment by multinationals tripled and there were no loans from parent to branch. Last May, the European Union recommended countries adopt a similar formula.

• CBS (Social Contribution on Goods and Services –The merger of 2 twin tributes, PIS and Cofins, is considered by Maciel as a totally contradictory initiative. By promising to reduce the weight of some economic segments, others will end up penalized, such as agribusiness, civil construction, services and real estate. “They identified the sectors that worked and decided to tax them more”, he stated.

The proposal, in his opinion, raises doubts about the Government’s intentions to maintain the financing of unemployment insurance and the allowance for employees with an average remuneration of 2 minimum wages. This is the constitutional destination of PIS collection. With the merger, the resources will go to social security – the purpose of Cofins.