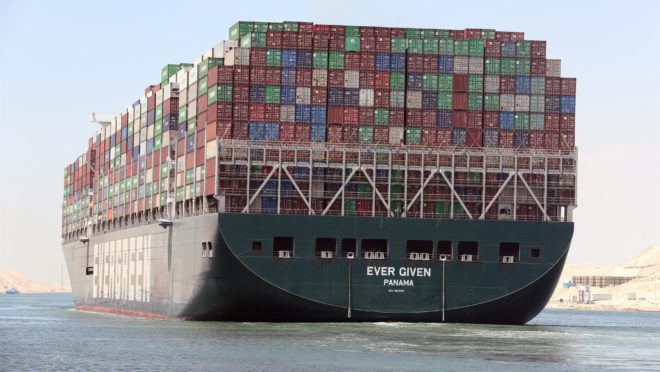 The ‘Ever Given’ container ship leaves the Suez Canal, Egypt, on July 7, 2021| Photo: KHALED ELFIQI/Agência EFE/Gazeta do Povo

Panamanian-flag container ship Ever Given returned to sailing this Wednesday (6), after having been detained by Egyptian authorities in the Suez Canal since the end of March. The release came after the company that owns the ship reached a financial agreement to block this route.

The large 400-meter long ship lifted anchor around 11:20 am (local time, 6:20 am GMT), as noted by Efe Agency, in the Grande Lago located in the central part of the Suez Canal, where it was with all its crew. board by order of an Egyptian court.

Yesterday, the Economic Court of the city of Ismailiya, located near the canal, decided to suspend the order issued on April 13 to allow Ever Given to freely navigate, after the Suez Canal Authority notified that it had reached an agreement with the Japanese company Shoei Kisen.

The agreement is expected to be signed on Wednesday by the head of the Suez Canal Authority, Admiral Osama Rabie, the representative of the Japanese company and “several ambassadors and international partners”, as announced by the managing entity at the beginning of the week.

The details of the final agreement are still unknown, but the Canal Authority initially demanded compensation of $916 million, which after months of negotiations it agreed to reduce to $550 million due to damages.

Ever Given will head to the port of Rotterdam, the Netherlands, which was its final destination when it became stranded on a bank of the Suez Canal at the end of March.

The large vessel blocked maritime traffic in both directions of the Suez Canal for six days, causing hundreds of boats to become congested, causing delays in the transport of goods and losses of millions of dollars.