Events STM sent a letter of intent to open: Low-risk public events can be organized indoors and outdoors for a wider audience 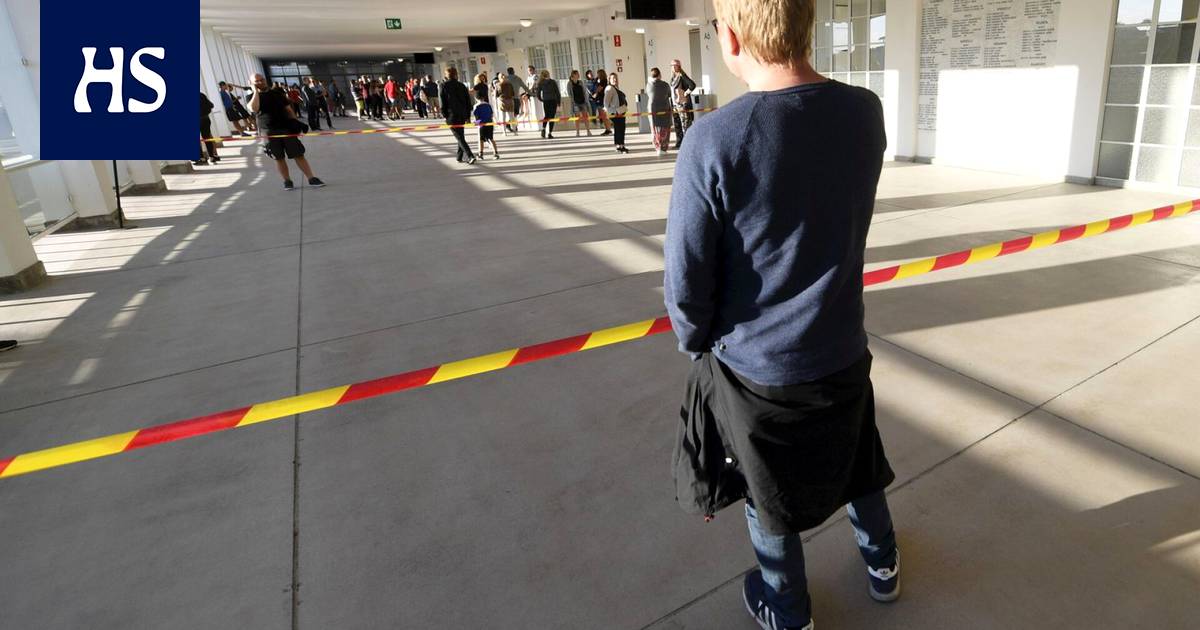 According to the letter of intent, preparations have also begun for the possible introduction of a corona passport in various situations or events.

Social- and the Ministry of Health (STM) sent a letter of instruction to regional government agencies aimed at opening up low-risk events to a wider audience.

The starting point of the letter is that events with, among other things, loosely placed, numbered seats and no extensive movement during the performance would be considered low-risk in terms of the likelihood of corona infections.

According to the letter of formal notice, a public meeting or general meeting meeting such characteristics can be described as low risk in terms of the risk of coronavirus infection and its spread to the population.

According to HS, this would allow a wider audience, for example, for most seated theater, music and film performances, if regional government agencies so decide.

Minister of Science and Culture Antti Kurvinen (Central) wrote on Twitter on Thursday that the two-meter safety gap requirement and the block requirement will be waived.

This guidance letter does not yet broadly define the risk content of all types of opportunities.

It is not yet known how precisely the regional government agencies would define the occasions where the criteria do not have to be as strict as they are today.

Health and the Department of Welfare (THL) has been preparing a risk potential classification for various events since the beginning of the summer.

Read more: The biggest risk in bars and nightclubs, the smallest in museums and staff restaurants: Such a scoring system is being developed by THL and STM

The outgoing letter today is the first step in the results of that work. A more precise definition of the health risks of the various events is therefore to be expected.

Ministries have wanted to first provide guidance on events with the lowest risk, as many theaters and opera, for example, begin their fall season.

The letter of instruction is not legally binding, but it has a strong significance because, according to the Communicable Diseases Act, general guidance and advice belong to STM.

The Regional State Administrative Agency of Southern Finland announced on Wednesday that it would not change the restrictions on events, at least this week, last week.

“We evaluate the impact of guidance on our decisions immediately upon receipt of a letter of guidance. It has not yet come to us. The assessment and the preparation of possible new decisions must be done carefully and experts in accordance with the Communicable Diseases Act will also be consulted, so this week we will not be able to make new decisions on meeting restrictions, ”said the Chief Regional Officer. Laura Nikunen in the bulletin.

“Of course, we will act as quickly as possible,” he continues.

THL: n the risk potential calculation is not based, for example, on the type of music or sport played at the event, but on, among other things, the customer profile and the way in which the event tends to be.

The criteria also take into account how well vaccines and other health-enhancing measures can contribute to the possibility of infections.

High-risk events are those where there is a large audience at close range together chatting or singing for long periods of time.

These include, for example, large indoor events without numbered seats.

The scoring is thus largely determined by how many drops are likely to fly from person to person during the event.

At issue is already the second letter of change changing interest rates this week.

Read more: Ministries recommend avoiding restrictions on children and young people, instructions on events for the rest of the week

The Agency refers to a recent assessment by the Regional Corona Coordination Group chaired by the Helsinki and Uusimaa Hospital Districts, according to which no age group can be excluded from the so-called safety precautionary rule on the use of the premises.

Regional government agencies there are seven and their coronavirus restriction decisions have differed somewhat.

The agencies’ interpretation of the current law and guidelines has often been that there should be, among other things, a safety distance of two meters, especially for events in areas in the spread phase.

In accordance with the government’s current interest rate strategy, strict numbers of participants have also been defined for events, which can be deviated from if the status of the event is blocked so that the blocks can be accessed from the door and have their own toilets.

According to the current strict rules, the organizers of the events consider it impossible to organize profitable events. The National Opera has already said it will obey the two-meter rule, but does not intend to block the space to allow more than 25 people into the hall.

Last During the week, the Regional State Administrative Agency of Southern Finland decided that 25 people could participate in public events indoors and 50 people in outdoor events. In addition, the agency requires a safety distance of two meters.

There may be more audiences if the audience is limited to blocks of 25 people. They also require safety clearances, protection zones between blocks, their own routes and their own services.

The restrictions apply to Espoo, Helsinki, Kauniainen and Vantaa. They are valid until 12 September, but the Southern Finland Regional State Administrative Agency may change its decision after receiving new instructions.

Regional authorities are independent authorities with a responsibility to control a dangerous infectious disease such as the coronavirus. An authority commits an official misconduct if it does not act in accordance with the law. Ministry instructions do not relieve office holders of official responsibility.

In its press release on Wednesday, the regional government agency recalled that the assembly restrictions it imposed were monitored by the police under the Communicable Diseases Act. The municipal environmental health service provides event organizers and operators with prior guidance and performs preliminary supervision.