Even Milan at Games Week. Dida guest star: “Always a starter, even in video games” 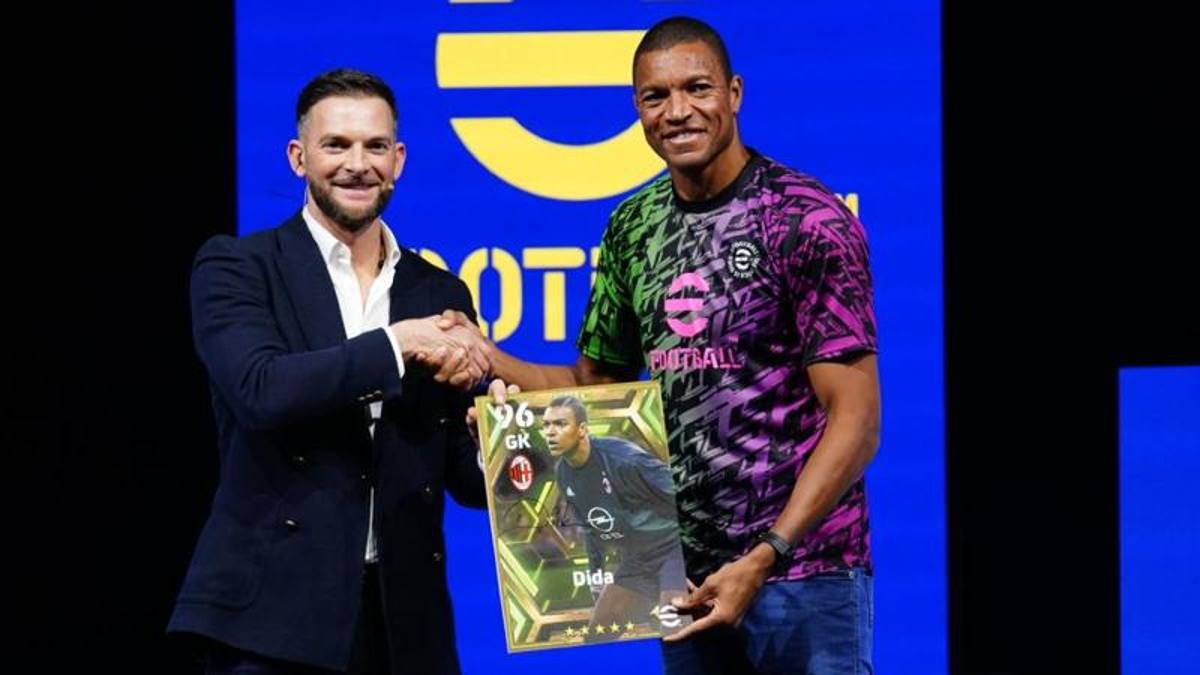 On the occasion of the most important Italian gaming and eSports event, Milan was the protagonist with Konami. The former goalkeeper was present who spoke about the World Cup and the Rossoneri: “Unfair criticism of Tatarusanu. Brazil is strong, but without Neymar it loses a lot”

You say Playstation and you also think of Konami. To that Pro Evolution Soccer that became “eFootball”, always there from Play 2 to 5. So famous that even the old glories of football lost time, like Nelson Dida: “I always chose myself, after all I was the strongest…”.

The Brazilian jokes in front of the fans at the Milan Fair, guest star of the “Milan Games Week and Cartoomics 2022”, the most important event in Italy dedicated to gaming and eSports. AC Milan, with Konami since July 2022 and already a partner between 2017 and 2020, was represented at the QLASH stand by its pro players, Carmine Liuzzi, Salvatore Di Giacomo and Luigi Loffredo, alias “Naples17x”, “Sasinho_Digiac” and “Kirito_Yuuki”. Among the protagonists, in addition to Dida, two-time European champion with the Rossoneri (2003 and 2007), also Lamberto Siega, Digital Media & The Studios Director of the club, Konami’s Head of Football Acquisition David Monk, Diletta Leotta, Germano Lanzoni, Daniele Battaglia and Luca Pagano, co-founder and CEO of QLASH.

Dida was given a personalized playing card with an overall of 96. A very high value that reflects the goalkeeper he was, World Champion with Brazil in 2002 and more than 300 games in Milan. The green and gold number one also spoke briefly with reporters. He talked about his passion for gaming, the Seleçao World Cup, and the moment of Milan. Up until a few months ago he was Pioli’s goalkeeper coach: “Brazil is a great team, but Neymar and Danilo’s injuries are a bit worrying. The team needs them, I hope they can recover. Without Neymar, between else, it’s played differently.” On Richarlison’s goal: “Very beautiful. We are talking about a simple boy who is playing in a good World Cup. His goal will go down in history. In Brazil there is poverty, it is difficult for a boy to be interested in another sport. You play in fields without goals, but everyone dreams of the Seleçao. And someone succeeds”. Dida also spoke about Milan, defending Tatarusanu: “It’s unfair to think that the team lost points because of him. He made many saves. Maignan is strong, I hope he can return soon, but ‘Tata’ is a goalkeeper from Milan “. His final thoughts are on the Scudetto race: “The weekend of May 28 will challenge Juventus, and who knows if it will be as decisive as it was twenty years ago in the Champions League”. In other words, the final won as a protagonist against the bianconeri. That day there.

Lastly, Lamberto Siega spoke of the growth in the gaming world and Milan’s involvement: “The mission is to build new fans through the new generations. We want to grow more and more in terms of engagement, the most important thing. The age range of teenagers aged between 12 and 18 are essential. Milan have lived through 10 years of difficulty, so they have lost something in this bracket, but now we want to make these teenagers the fans of tomorrow.” Finally a curiosity. In a team of young players like Milan, it is normal to see the boys play on the Playstation: “In 2020, during the pandemic, we played a derby at Play between Leao and Esposito, precisely with Konami. It finished 2-2. We want to have high engagement with similar content”.