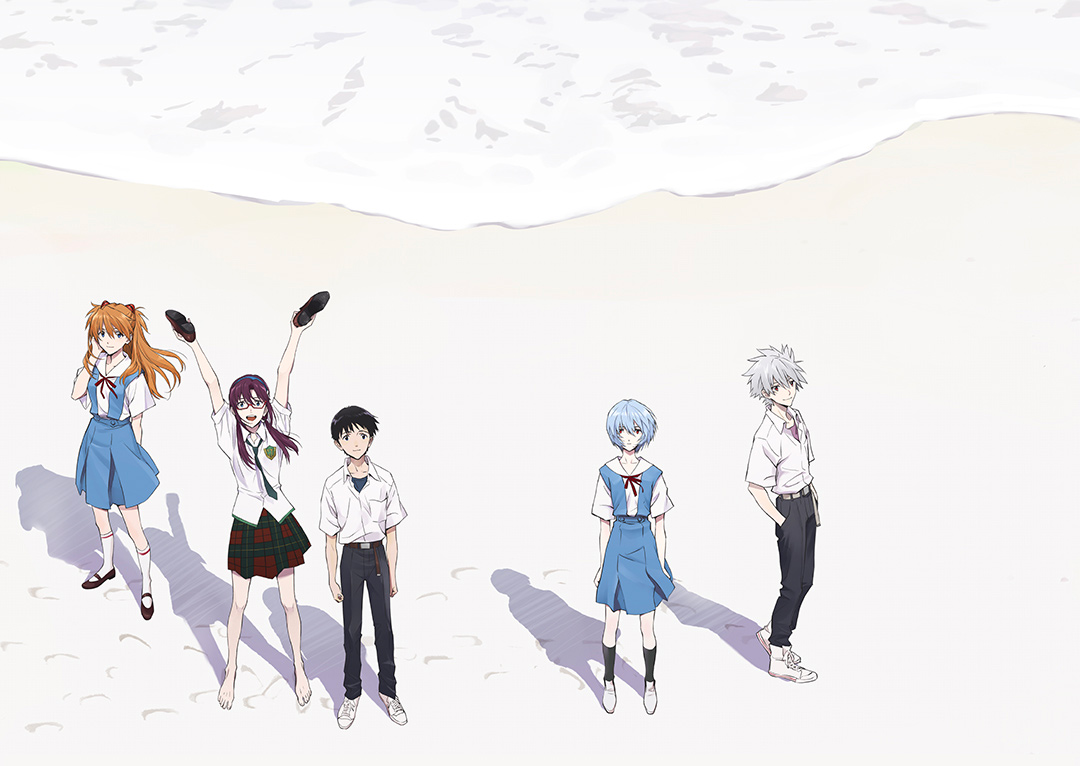 There are many Italian fans of Evangelion to look forward to seeing the last episode of the tetralogy of Rebuild of Evangelion. While everyone was expecting an announcement from Dynit and Nexo Digital, as happened in the past, Khara study revealed a global collaboration with Amazon Prime Video, which will lead to all over the world (excluding Japan) EVANGELION: 3.0 + 1.01 THRICE UPON A TIME and the three previous Hideaki Anno films. Where is it possible to stream EVANGELION 3.0 + 1.0?

The answer is simple: Prime Video, the streaming platform of Amazon. Just use your account and subscribe to the Prime service at the cost of € 3.99 per month or € 36 per year. In addition to delivery in 1 day for most of the products in the catalog, you can access for free Prime Reading, store your images on Amazon Photos and get free games, game content, and a subscription to a Twitch channel of your choice (like ours) every month with Prime Gaming. And the benefits certainly don’t end there.

The hit saga is a Japanese anime pop culture phenomenon based on the story of Evangelion, an artificial and multifunctional humanoid weapon, and the Angels, an unknown life form that takes shape after Earth is destroyed by a catastrophic event. The film stars all the original voice actors including Megumi Ogata, Megumi Hayashibara, Yûko Miyamura and the latest in graphics technology is used to showcase the personalities and relationships of its unique characters as they fight for survival. The film will be dubbed in 10 languages ​​including Italian, English, French, German, Portuguese and Spanish and will offer the option of subtitles in 28 languages.

Since the first airing of the TV series in 1995, the saga of Evangelion has had a significant impact on Japanese pop culture by giving dignity to the anime genre worldwide. The legendary anime saga was then reborn as the new film series Evangelion: New Theatrical Edition in 2007 and this fourth and final film released in theaters in Japan last March continued to break records, both among Hideaki Anno’s films and as the most viewed film in theaters in Japan in 2021. EVANGELION: 3.0 + 1.01 THRICE UPON A TIME on Amazon Prime Video it will be the latest version of the film that includes revised scenes and currently rolling out in theaters in Japan.

ABOUT EVANGELION: 3.0 + 1.01 THRICE UPON A TIME
Fourth and final chapter of Rebuild of Evangelion. Misato and her anti-Nerv Wille group arrive in Paris, a city now red from the effect of the Core. The crew of the Wunder flagship lands on a containment tower. They only have 720 seconds to restore the city. When a horde of Nerv Eve appears, Mari’s enhanced Eve Unit 8 must intercept it. Meanwhile, Shinji, Asuka, and Rei (tentative name) roam Japan.

EVANGELION: 1.11 YOU ARE (NOT) ALONE.
Marked by the Second Impact, the Fourth Angel attacks Tokyo III and the fate of humanity is left in the hands of the Special Government Agency Nerv. Young Shinji Ikari is forced to fly the EVA-01. He and EVA-00 pilot Rei Ayanami are tasked with fighting, but EVA-01 is damaged by the Sixth Angel. Misato Katsuragi devises a plan to concentrate all of Japan’s electricity into the EVA-01 positron cannon to defeat the Angel.

EVANGELION: 2.22 YOU CAN (NOT) ADVANCE.
Mari Illustrious-Makinami pilots Provisional Unit 05 to defeat the Third Angel. Asuka Langley-Shikinami and EVA-02 defeat the Seventh Angel. The Eighth Angel appears and attacks Nerv’s headquarters. EVA-03 is detected by the Ninth Angel during testing and Shinji lines up to stop him, but discovers that Asuka is on board. Gendo passes the controls of EVA-01 to the Dummy System and starts fighting EVA-03.

EVANGELION: 3.33 YOU CAN (NOT) REDO.
Shinji wakes up after 14 years aboard the battleship AAA Wunder belonging to an anti-Nerv organization founded by former Nerv members. Shinji hears Rei’s voice coming from EVA Mark.09, sent to save her, then leaves Wunder and heads to the Nerv. Kaworu Nagisa shows Shinji the transformed Earth. He learns that saving Rei triggered the Near Third Impact which caused catastrophic damage to Earth.