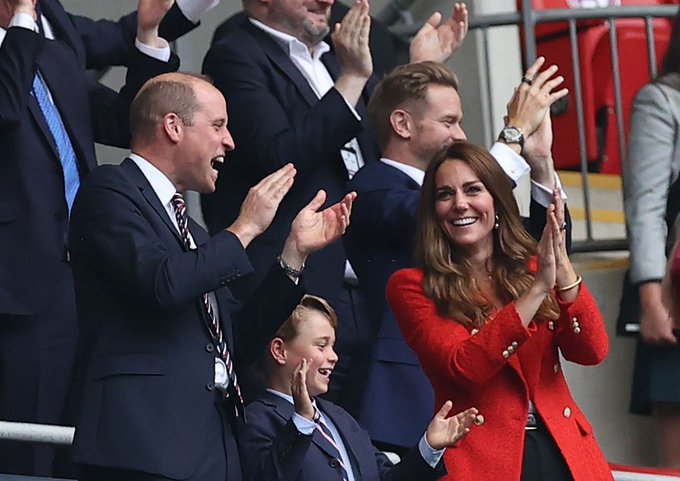 Royal Family News: Prince George brings luck to England, which beats Germany’s historical rivals in front of special fans like the Prince William, the wife Kate Middleton and their seven-year-old son, who for the first time witnessed an international meeting live.

Very passionate about football, George saw the national team of the Three Lions impose itself on the Germans, a feat that was not carried out in the big tournaments for 55 years.

Unlike most of the other fans present at Wembley, George was not wearing the team shirt, but a very elegant suit complete with a Official tie of the English Football Association, of which his father William is President.

Kate opted for the colors of the English flag instead, wearing a red jacket and a white top.

Normally the family supports theAston Villa, club from Birmingham, but obviously cheering for the national team makes everyone agree, including Reali.