Europeans 2021: Italy champion, but that bus ride was to be avoided 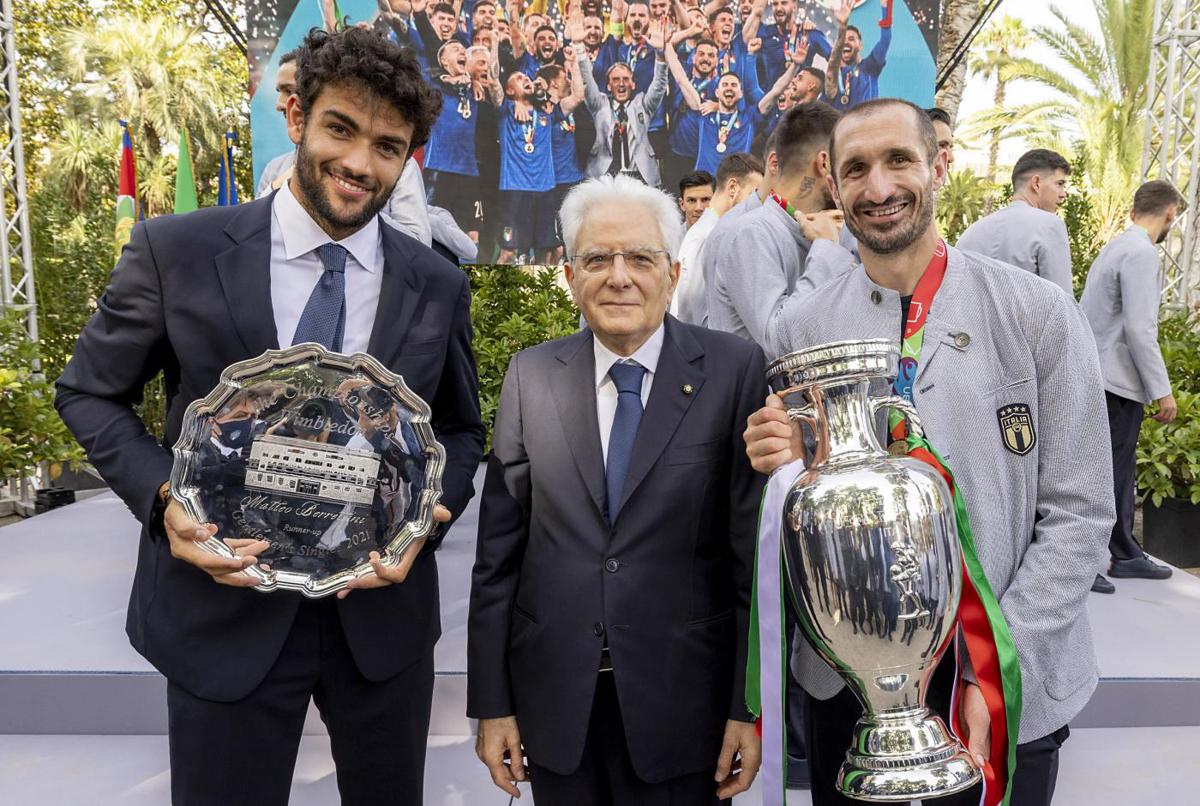 Matteo Berrettini, the President Sergio Mattarella and Giorgio Chiellini during the party at the Quirinale

The other side of the coin

The victory of the national team at the European Championships is pure gold, in every sense. The splendid game offered by the Azzurri, the desire to have fun, never give up in the face of a hostile environment and a cold goal. More sincere than institutional celebration with Sergio Mattarella is Mario Draghi. The memory of Davide Astori. And also the party together with Matteo Berrettini, he too is a proud standard-bearer of Italian sport, and last but not least, the beneficial effect on the recovery of the economy. All beautiful. Gold, in fact.

At the same time, it is difficult not to be perplexed by the gatherings of fans to applaud the open bus with the team. A bus that, in fact, was not supposed to be there, but which suddenly appeared after – reportedly – a negotiation between the Ministry of the Interior and the captains Chiellini is Bonucci, which in itself makes you smile.

Such a risky public health party could certainly have been avoided, especially after having rightly dedicated sporting success to a country that has cried tears of pain for a year and a half and to the doctors who have always been at the forefront.

Contradictions, which are part of life. The same Roberto Mancini who today is idolized for his great feat, last October he was just as rightly criticized for the request to reopen the stadiums, despite the red alert in the contagion curve, because his players did not like to perform in front of the empty stands.

And while we rightly criticize unsportsmanlike of some Brits and the racism of those who took it out on the three black boys who failed the penalties in the final, certainly let’s not forget the stammering uncertainties of Chiellini and his companions when faced with the choice whether to kneel or not to Black Lives Matter, followed by a press release that succeeded in the difficult task of doing more damage than the original mistake.

Does this detract from the grandeur of the sporting enterprise? Certainly not, but it reminds us once more that there is always another side of the coin and that accepting contradictions is part of the awareness that comes with age.

Also for this reason for my generation theJuly 11 above all means the final of the 1982 World Cup, whose protagonists certainly were not the birth of an immaculate football, as they were not their 2006 heirs, but who in our naive and dreamy eyes were simply invincible heroes.