European Union The German Constitutional Court gave the green light to the progress of EU recovery funding – Does this matter for Finland’s solution? 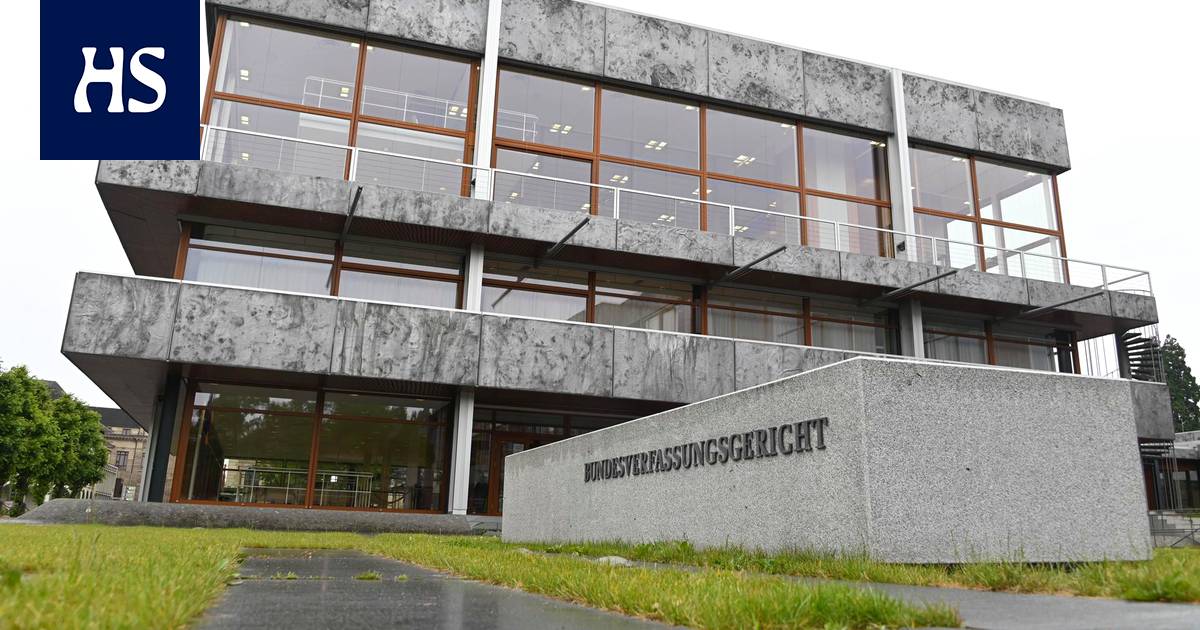 In Finland, the Parliamentary Committee on Constitutional Affairs, which assesses the constitutionality of government proposals in advance, is currently considering its position on the financing of EU recovery.

German Constitutional Court rejected on Wednesday an application calling on it to refuse to approve the European Union’s EUR 750 billion in recovery funding.

The rejection means that the German Parliament can approve the funding. Professor of Public Law at the University of Turku Janne Salmisen considers that the decision of the Constitutional Court is a good reflection of the traditionally thought in Germany that economic policy decisions should not be interfered with on legal grounds.

“The court is very unequivocal in that, at this stage of the proceedings, it has come to the conclusion that the decision on own resources does not infringe the budgetary autonomy of the Federal Parliament with such a probability that it should now decide otherwise. The decision was unanimous and no oral hearing was held, so the court would seem to be sure of its position, ”says Salminen.

On Wednesday however, in its rejection request, the Constitutional Court states that it may, if necessary, subsequently seek a preliminary ruling from the Court of Justice of the European Union on the compatibility of the financing of the recovery with the EU Treaty.

According to the complainants, the funding is in breach of the German Constitution and the Treaty on European Union. The Constitutional Court did not yet rule on this issue on Wednesday.

A reference for a preliminary ruling is made to the Court of Justice of the European Union if a case before a national court is unclear or open to interpretation under European law.

In recovery financing The European Council would authorize the Commission to obtain a loan on the financial markets to provide grants and loans to Member States. It is not a question of joint and several debt, but of EU countries committing themselves in future to paying higher membership fees in order to reduce the Commission’s loans.

“The Court considers that the arrangement contains sufficient regulation to limit the financial responsibilities of the Member States. The Court also states that the Member States will not be directly liable for the debt incurred by the EU. Both are very important aspects, ”says Professor Salminen.

In Finland, the Parliamentary Constitution Committee, which assesses the constitutionality of government proposals in advance is currently considering position recovery financing. The committee has not yet finalized its opinion on Wednesday, but will continue to consider it next Tuesday.

“The decisions of the German Constitutional Court do not have a direct effect on how the decision is adopted in Finland. Parliament, including the Constitution Committee, must make its decisions independently in accordance with the Finnish Constitution, ”says Professor Ojanen.

A key question in the assessment of the Committee on Constitutional Affairs is whether the financing of the recovery represents a significant transfer of new competences to the European Union. It, in turn, reverts to the question of whether the funding is potentially incompatible with the Treaty and whether the EU would be given a competence that Finland has not accepted when ratifying the current Treaty.

Finland leading researchers in European law considers that the decision is not incompatible with the Treaty, nor does it imply a significant transfer of competences to the EU.

The same conclusion has come Legal Service of the Council of the EU, which is considered in the legal literature to be the most important and influential legal entity in the institutional system of the Union.

The final answer to questions of European law on recovery financing will only be obtained from the Court of Justice of the European Union if the matter is brought before it.

“Perhaps it will be easier for the Committee on Constitutional Affairs to be convinced of the legally relevant dimensions of the case on the basis of the opinions of the German Constitutional Court. I believe that the court’s interpretations of the responsibilities of the member states and their limitations are also important in Finland, ”says Professor Salminen.

Ministry of Health announces the provision of 87,592 new doses of Covid 19 vaccine

The statues of the conquerors, the other target of the fury of the protests in Colombia