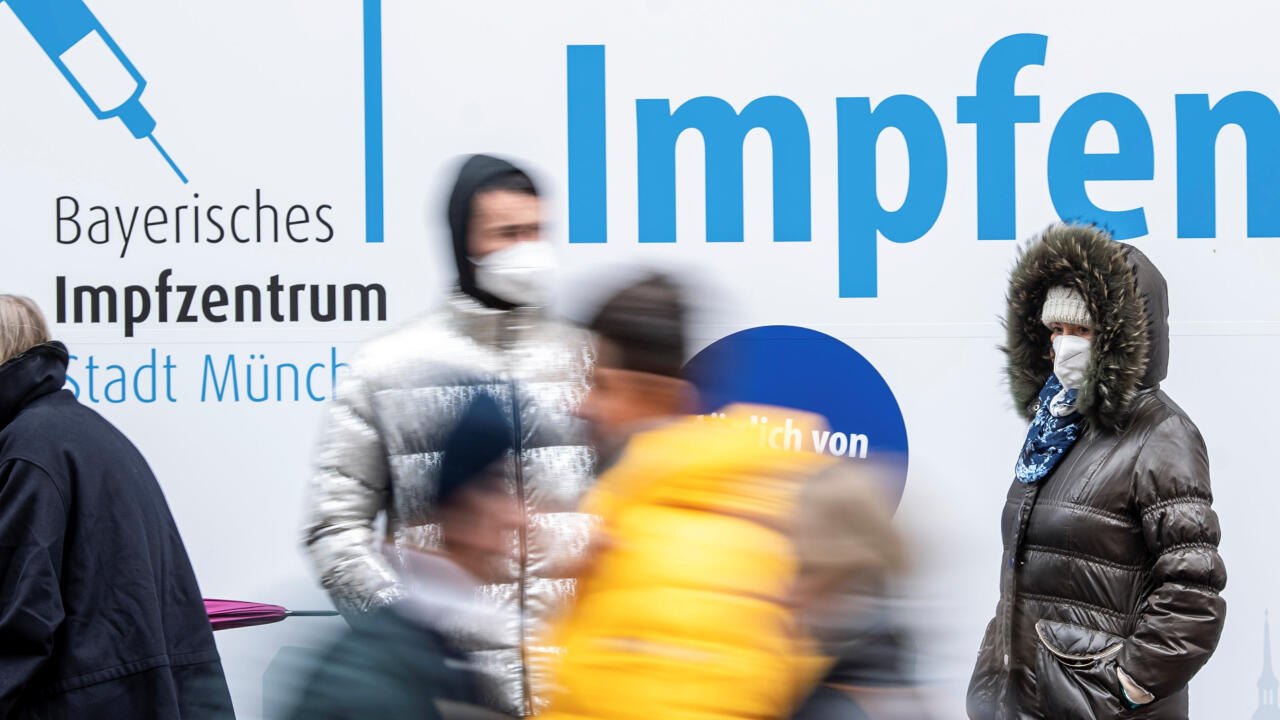 Following data from a study, the European Medicines Agency and the European Center for Disease Prevention and Control recommended the combination of messenger RNA vaccines and viral vector vaccines. Meanwhile, Europe is trying to stop the advance of the fifth wave with new restrictions and are studying imposing mandatory vaccination.

The combination of vaccines against Covid-19 was approved by the health agencies of the European Union, both for the initial vaccination and for the booster doses.

In a release, the European Medicines Agency, EMA, and the European Center for Disease Prevention and Control, ECDC, said the evidence suggests that mixing viral vector vaccines, such as AstraZeneca’s or Janssen’s, with the messenger RNA, such as Moderna or Pfizer-BioNTech, produces good levels of antibodies against Covid-19.

Support for the vaccine combination came after the result of a study saying that a first dose of AstraZeneca or Pfizer-BioNTech followed by a Moderna vaccine nine weeks later induced a better immune response.

This decision, “may offer flexibility in terms of vaccination options, particularly to reduce the impact on the launch of the vaccine in case one is not available for some reason,” said the European agencies, in addition to recommending that people get fully vaccinated.

In people with weak immune systems, such as the elderly and those with chronic conditions such as cancer, the EMA and ECDC said more research was needed to support the use of the vaccine combination.

The EMA and ECDC review only looked at vaccines approved in the European Union: AstraZeneca, Pfizer-BioNTech, Moderna and Johnson & Johnson.

The United States had already given the green light to mix and match, while the World Health Organization is evaluating this approach.

In other countries, the combination of vaccines has already been implemented before conclusive studies were available, as nations face skyrocketing infections, tight supplies and sluggish immunization.

High contagions by Delta and arrival of Ómicron

Europe is currently experiencing a high rate of infections caused by the Delta variant, the fifth wave has health systems on alert. The continent, in an attempt to curb the growing number of cases, will begin vaccination for children between the ages of 5 and 11 next week.

In the region of Saxony, in Germany, one of the most affected by the increase in Covid-19 infections, they will begin to vaccinate children under 12 years of age at risk from Wednesday, although the approval is from next week.

There are new restrictions in several countries in Europe. In France they closed the nightclubs, a source of contagion according to the authorities for being a place where it is very difficult to use masks, although they rejected for the moment measures such as confinement. In Austria there is a three week lockdown and confinement for the unvaccinated. In Italy there are also restrictions for the unvaccinated.

See also  Covid-19, the week in America - What does the "end of the pandemic phase" decreed in some countries of America mean?

Sweden, for its part, reimposed the use of masks in public transport and returned to the rules of social distancing. The country’s cases have risen in recent weeks, hospitalizations and the number of patients requiring intensive care, although relatively low, have started to rise.

Swedish Prime Minister Magdalena Andersson said “we see a further spread of the infection, but still from low levels”, and stressed “we need to work together so that the situation does not get worse.”

Switzerland will deploy up to 2,500 military personnel to help regional authorities cope with the pandemic, the government said. While Poland will introduce mandatory vaccinations for doctors, teachers and security services personnel from March 1, the Health Minister said.

Mandatory vaccination causes great controversy in Europe, where hundreds of people have marched in different cities to protest against the measure.

The World Health Organization, WHO, through its European office described compulsory vaccination against covid-19 as a “last resort”. For Hans Kluge, director of WHO-Europe, the measure will be “only applicable when all viable options to improve vaccination rates have been exhausted.”

See also  Roberta Metsola is president of the European Parliament: "I will collect the legacy of Sassoli, a fighter for Europe"

Kluge said that the new Omicron variant continues to spread around the world and the right thing to do is to be “worried” and be “prudent”, also highlighted the need to wait for more data because it is “too soon” and to keep a “cool” head. .

The Pink Power Ranger is writing a comic | Atomix