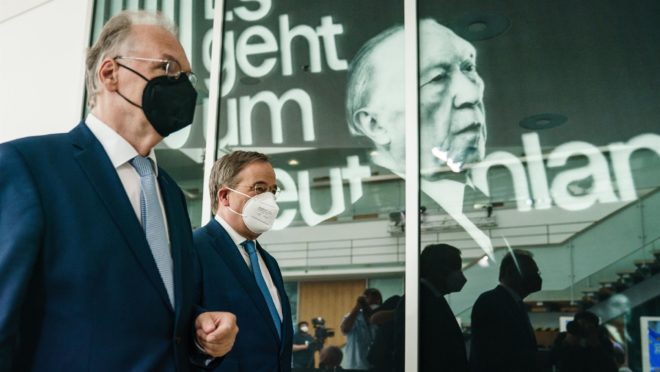 0
SHARES
0
VIEWS
Share on FacebookShare on Twitter
CDU leader in Saxony-Anhalt, Reiner Haseloff (left), and CDU national leader, Armin Laschet, pass a photo of party founder Konrad Adenauer after a news conference on 7 June. The election in Saxony-Anhalt was the last before the September general elections in Germany| Photo: EFE/EPA/CLEMENS BILAN / POOL

Several elections have taken place around the world in the last two weeks. Some are more important to the Brazilian reader, like the presidential election in Peru, others less so, like the presidential election in Mongolia. Of course, the Asian country is a place of rich culture, beautiful landscapes and a key geopolitical position between Russia and China, it is just a matter of verifying the repercussions here in Brazil. In Peru, the dispute between probable winner Castillo and candidate Keiko Fujimori promises to drag on in the courts, given the small difference in votes. In the Old World, three elections took place over the past two weekends, and could serve as a compass for future elections.

On Sunday, June 6, state elections took place in Saxony-Anhalt, Germany. As we have already mentioned here in our space, the German regional elections follow the same parliamentary logic as the federal government. State deputies are elected and, if no party has a majority, government coalitions are formed. Currently, the state is governed by what is dubbed the “Kenya Coalition”, a plaything in the colors of the Kenyan flag. It represents a coalition, whether in a state or in the country, formed by the Christian Democratic Union (CDU), conservative and in black, Social Democrat (SPD), in red, and by the Green Party.

97 seats were contested in the regional Landtag, with a 60% turnout, a reasonable number for state elections. The CDU not only retained the largest caucus, it expanded its constituency. It took 37.1% of the votes, a growth of more than seven points, getting 40 seats. The other parties that increased their electoral share were the FDP liberals (yes, that’s the acronym for the German Liberal Party, to the delight of fifth-grade puns) and the greens. Respectively, 6.4% and 5.9% of the electorate, and seven and six seats. Everyone else lost. The alternative for Germany (AfD), from the populist and nationalist right, lost 3.4% and will be the second caucus, with 23 seats.

The Left lost 5.3% of voters and the SPD 2.2%, leaving each with twelve and nine seats, respectively. Besides the results, what does this mean? First, that the CDU regionally needs only nine seats for a governing alliance. In other words, only colliding with the SPD would solve this issue, although keeping the “Kenya Coalition” serves to maintain a margin of comfort in parliament and avoid unnecessary political wear. Another option is to replace the SPD with the FDP, creating a “Jamaica Coalition”, since the color of liberals is yellow. The CDU’s victory, consequently, diminished the “value of the pass” of the smaller parties.

Another meaning that one can imagine is that this shows an advantage of the CDU in the upcoming federal elections, to elect the successor or successor of Angela Merkel. Not necessarily, it’s important to explain. The CDU leader in Saxony-Anhalt, Reiner Haseloff, did not support the current national leader of the CDU and candidate for the top German government office, Armin Laschet, in the party’s caucuses. At the time, he supported rival Markus Söder, leader of the Bavarian Christian Social Union, the sister party and “Catholic arm” of the CDU. The million-euro question is whether this distance will be repeated in a national campaign or in the behavior of the Saxony-Anhalt electorate.

Finally, the AfD’s electoral decline should be viewed with some skepticism. Yes, the party, recently scarred by the news of being monitored by German intelligence for members’ relations with neo-Nazi movements, has lost voters and lost seats. And Haseloff echoed the CDU’s national stance of asserting that it can negotiate a coalition with all “democratic parties” and that, therefore, it will not sit at the AfD table to negotiate. Still, according to exit polls, most of the state’s youth electorate voted for the AfD. A very common phenomenon in the states that comprised the former East Germany, usually marked by higher rates of unemployment and alcoholism among the male population, compared to the federal average.

From Germany, we go to Switzerland, which, on June 13, followed its practice of popular consultations, which have already been mentioned here on other occasions. We even had a vote on palm oil in the Alpine country. This time there were five votes, with 59% of the voter turnout. Three of them challenged laws passed in parliament, seeking their reversal, and two were popular proposals that, if approved, would go to parliamentary debate and be transformed into legislation. The Covid-19 Pandemic Federal Act, which gave the Swiss government greater authority over health issues such as the wearing of masks, was challenged by the right-wing Friends of the Constitution, which saw legislation as a potential curtailment of freedoms.

In this case, 60% of voters demonstrated for the legislation, and it was maintained. It also maintained, with 56% of the votes, the Federal Act against Terrorism, which was challenged by human rights groups and the Greens, who saw a potential violation of privacy rights. The Federal Act against greenhouse gases was rejected by 51% of the electorate. The government’s defeat imposes a review of Swiss laws on greenhouse gas emissions and, in practice, prevents the country from meeting its 2030 targets offered in the Paris Agreement. Interestingly, the challenge was imposed by wings of the right-wing Swiss People’s Party (SVP). What makes this curious is the fact that the SVP is part of the federal government.

The two popular proposals, one to ban some types of pesticides and the other for stricter environmental rules in relation to the supply of drinking water, were rejected, both rejections with about 60%. And the Swiss will still be consulted twice more in 2021, in September and November.

From the Alpine country we go to Finland, where municipal elections were held. There, as in the German case, the parliamentary model is reproduced. The municipalities elect their chambers, called councils, and, within the councils, government coalitions are formed. The exception is the capital Helsinki, the most populous city, which has a directly elected mayor.

What makes this Finnish election attractive to the international eye is that it marks a significant gain for the Finns party, formerly called the “True Finns”. It is a nationalist, anti-immigration, anti-miscegenation, Eurosceptic, conservative in customs, pro-welfare state and economic protectionist party. Party members say the legend is “neither left nor right”. The Finns elected 1,350 city councilors, becoming the country’s fourth-largest party by that criterion and expanding their voters by nearly 6%. In several small municipalities, it was the most voted party.

The Center Party remains the largest party in the country, with 2,448 councilors, but has lost nearly 400 seats. The only party, apart from the Finns, that increased was the conservative National Coalition, with 64 new seats, totaling 1,554. The third-largest municipal caucus belongs to the Social Democrats, who now lead the national government, with Prime Minister Sanna Marin. At 35 years of age, she became the youngest woman elected to a national head of government. The Finns, in fact, are one of the few parties in Finland that is not led by a woman. With the second largest bench in the national parliament and success at the municipal level, they become the main contenders for the leadership of Finland in the next elections, which take place in less than two years. 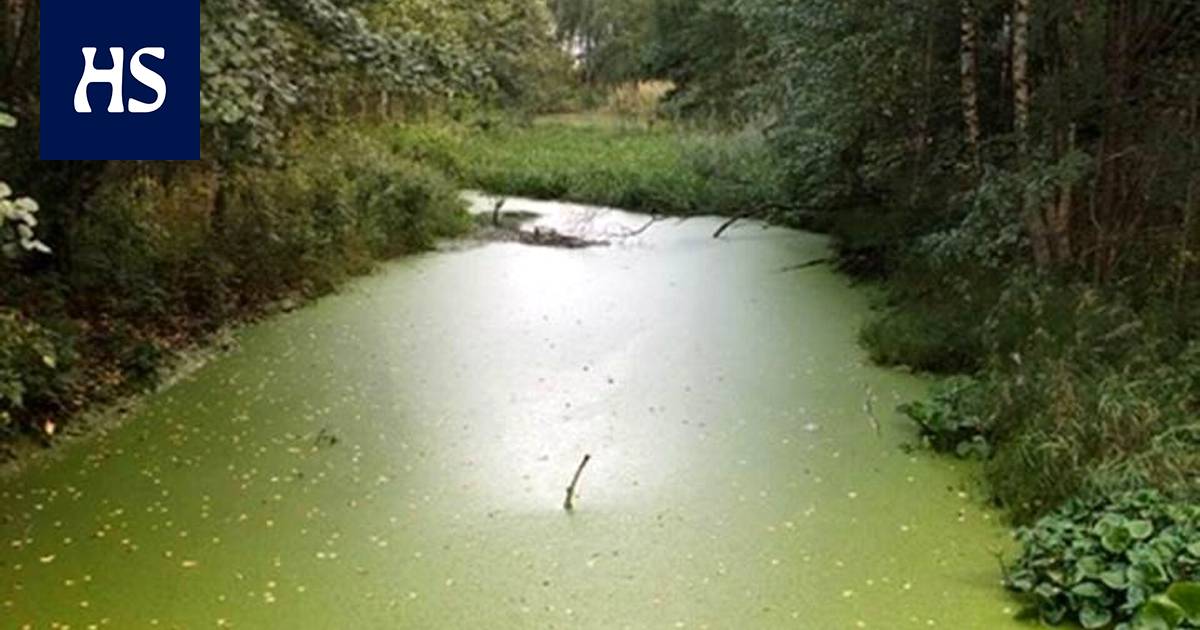