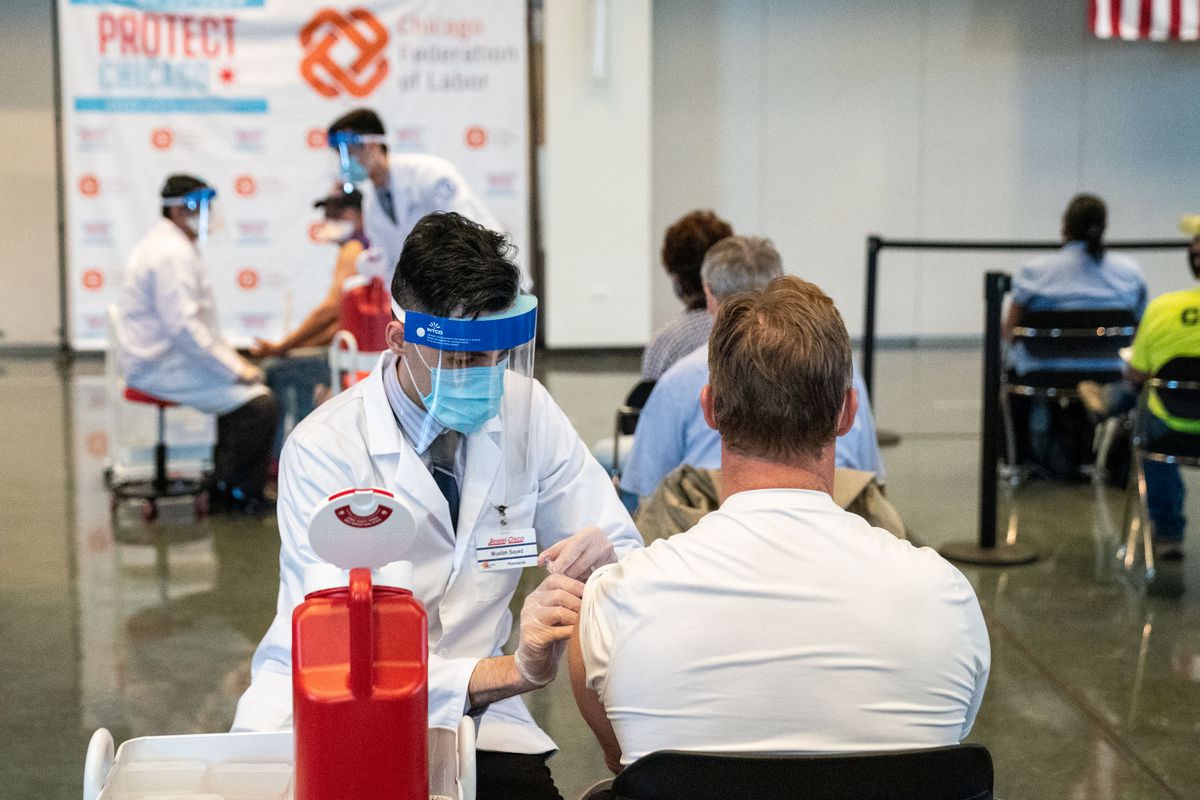 The European Medicines Agency (EMA, for its acronym in English) confirmed on Tuesday that there is a “possible link” between the Janssen vaccine (a Johnson & Johnson subsidiary) and eight very rare cases of thrombi detected in the United States. The European regulator, whose Pharmacovigilance Risk Assessment Committee (PRAC) has been evaluating the aforementioned episodes, believes that “a warning about unusual blood clots with low platelets should be added” to the information on the pharmaceutical giant’s vaccine, according to a statement issued this Tuesday. The PRAC has concluded that these events should be listed as “very rare side effects” of the drug. But he continues to recommend its use: “The overall relationship between risks and benefits remains positive.” The conclusions are very similar to those established for AstraZeneca injections a couple of weeks ago.

The committee has evaluated “all the evidence currently available,” according to the EMA, including eight reports of severe cases of unusual blood clots associated with low levels of platelets in the blood, one of which ended in death. . The cases analyzed occurred in the United States, in people between the ages of 18 and 48, and within three weeks of vaccination. The majority, according to the EMA, were women, although according to current data, “specific risk factors” have not been confirmed.

Despite the fact that this vaccine has not yet begun to be administered to the European population, the EMA announced on April 9 that it was officially beginning an investigation into the possible links between its inoculation and four severe cases of unusual clots with a low level of platelets. observed in the United States. Four days later, on April 13, the United States Centers for Disease Control and Prevention (CDC) and the Food and Drug Administration (FDA) jointly recommended to pause inoculation with this brand, after detecting six cases of cerebral venous sinus thrombosis observed in combination with low levels of platelets (thrombocytopenia) among the nearly seven million people who had received this vaccine. The EMA, in its statement on Tuesday, already mentions eight cases. Following the recommendation of US regulatory bodies, the laboratory decided on April 13 to stop the deployment of the first doses of its vaccine in the EU, which had started just that week after several delays. US regulators are expected to meet to evaluate the effects of this drug next Friday.

Following the PRAC’s decision, Johnson & Johnson has immediately announced that it is resuming the shipment of Janssen doses to the EU, and has assured that it will update the summary of product characteristics and the vaccine package insert “to include information on the diagnosis. and the treatment of this rare adverse event ”.

Emer Cooke, executive director of the EMA, has been “convinced” that the Janssen vaccine can be distributed in the EU “properly”. “The scientific evaluation of the PRAC”, he explained in a press appearance on Wednesday, “will allow member states to make decisions on how to deploy this vaccine, based on their national situation.”

“The EMA has been clear,” said Stella Kyriakides, European Health Commissioner, through a tweet. “I urge the EU Member States to follow the opinion of our experts. Vaccines save lives ”.

Emer Cooke, Executive Director of the European Medicines Agency. In video, fragment of the press conference on Tuesday.Reuters

Sabine Straus, president of the PRAC, highlighted at the press conference that the “association” between the vaccine and rare cases of thrombosis “is clear”, but the “cause” is still unknown. Straus added that being so rare cases it is necessary that vaccinated and health workers pay attention to very rare symptoms that could occur in the three weeks after the injection: shortness of breath, chest pain, swelling of the legs , persistent abdominal pain, neurological symptoms (such as severe and persistent headaches or blurred vision), and small spots of blood under the skin beyond the injection site.

“We want to make sure that people have the facts and information available to act on these very rare and possible side effects,” Cooke said. “But I have to emphasize that they are very rare, and that in the vast majority of cases these vaccines will prevent deaths and hospitalizations from covid-19.”

The head of the EMA assured in a recent interview with EL PAÍS that even before the US decision they already had suspicions that there could be “a problem” with the Janssen vaccine “due to the similarities with that of AstraZeneca”, so that the European agency began an investigation proactively. “The cases reviewed were very similar to those that occurred with the vaccine developed by AstraZeneca,” he said in his statement on Tuesday. Both injections use a similar technology based on attenuated viruses and different from Pfizer-BioNTech and Moderna drugs, based on messenger RNA.

Two weeks ago, in a very similar opinion, the Amsterdam-based agency established that there is a causal relationship between vaccination with the AstraZeneca drug and more than 80 cases of blood clots detected in EU citizens (mostly women under the age of 60 years) who had been administered this vaccine, although they are considered “very rare side effects”, according to the EMA. The regulator has since required AstraZeneca to warn of this “unusual” possibility in product information, although it continues to recommend its use due to the drug’s “high effectiveness” in saving lives.

Since then, several European countries have limited the use of AstraZeneca for certain age groups; the Government of Denmark, going one step further, has completely ruled out the use of this vaccine in its population. The EMA’s new opinion on Janssen is likely to open a cascade of similar decisions.

The European regulator gave the go-ahead to Janssen’s vaccine on March 11, making it the fourth licensed for use in the EU, but its rollout has since been delayed due to distribution problems. Immunization with this vaccine, the only one approved by Brussels that requires a single dose, is a central part of the European immunization strategy. The EU expects to receive 55 million doses of Janssen in the second quarter of the year, a substantial figure to reach the target of 70% of the adult population vaccinated this summer.

However, it is becoming increasingly clear that the community club trusts its strategy to messenger RNA vaccines (Pfizer-BioNtech and Moderna), which already account for 73% of the 127 million doses distributed to member states, and in specifically, to that of Pfizer (65%). The European Commission announced this Monday that it was activating the contractual option to acquire an additional 100 million doses of Pfizer-BioNTech, which brings to 600 million the deliveries of this company expected for 2021, enough to immunize 300 million people, a figure even higher than that 70% of the European adult population (255 million people).

“We have to focus on the technologies that have proven themselves. Messenger RNA vaccines are a clear example of this, “said the president of the Commission, Ursula von der Leyen, last week, after announcing that she was opening a new negotiation with Pfizer-BioNTech to acquire 1.8 billion doses by 2023, with the sight put in its capacity of adaptation in front of the new variants.

Idriss Déby, the military pilot who ruled Chad for over 30 years and died on the front lines

Ferdinand: “Foden is the best young player on the planet”