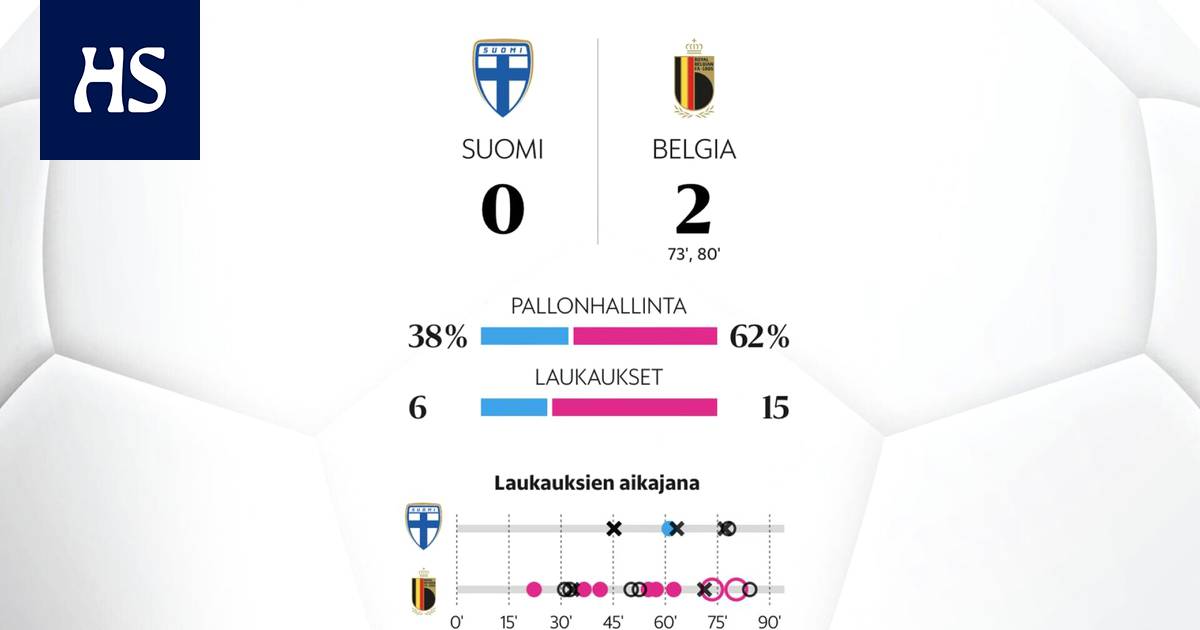 Finland lost 0–2 to number one on the world list.

Finland after a tough fight, bowed to Belgium in the final round of Group B of the European Football Championship with a score of 0-2.

The owls, especially in the first period, were occasionally well involved in the game, but in the end, Belgian pressure produced the necessary spots and goals.

Finland’s most prominent player was the goalkeeper Lukas Hradecky, who took several glorious fights. Unfortunately, Belgium’s first goal also went in his name when the ball bounced from the top row into the hand and from there into the net.

Take a look at HS’s unique visualization of what the match entailed.