European Football Championship The little boy practiced more than 50 hours a week summers and winters – Oliver Antman was told at the Finnish Fair, and he became one of them. 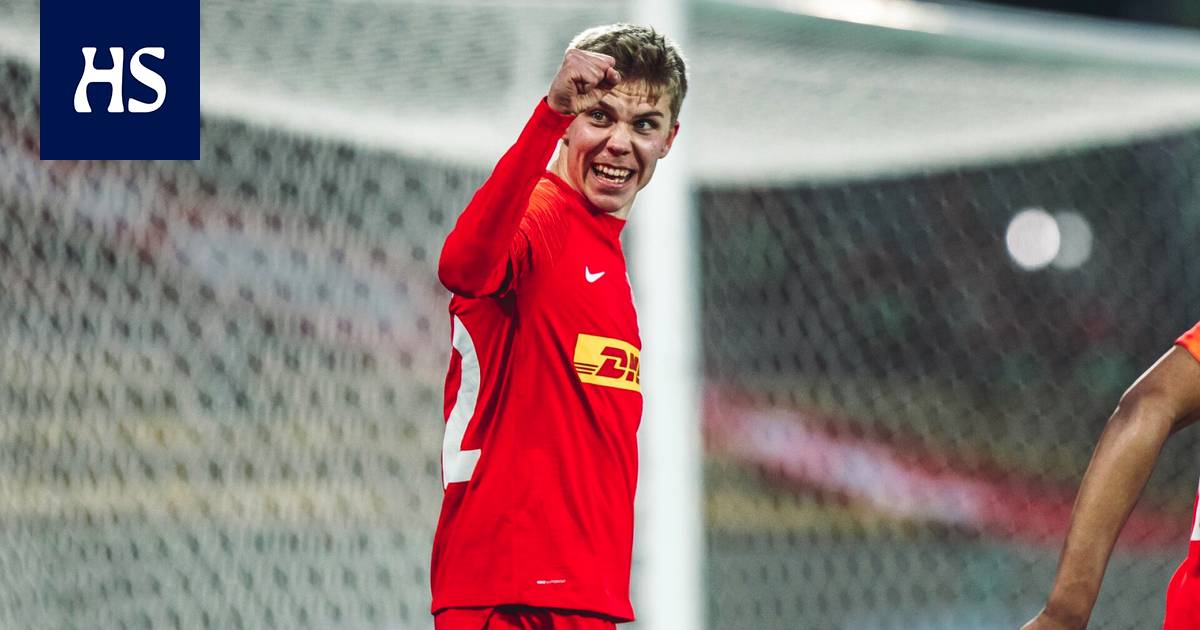 In the video, the movements of the foot are electric, the touch on the ball is soft. The little boy seems to train like a professional athlete.

You would get straight into the team if you were Spanish, they reportedly said.

In the news, the coach Pertti Kemppinen said that his goal is to develop Antman from Finland Mess.

And that’s how Antman became, in a way.

Oliver Antman, 19, answers the phone from the city of Farum in Zealand, Denmark.

Antman has not yet ended up in Barcelona, ​​but he has become a professional player.

The workouts of the day are just over. Midfielder Antman plays professionally in the Danish Premier League for FC Nordsjælland. He has been in the club for almost three years now, and lately he has gotten into an ever-increasing role on the team. There are just four games behind in the opening, and Antman feels good.

“I’m really excited, this is a really good situation for a young player.”

There are enough young players in FC Nordsjælland. The team has been called the youngest in Europe, and the Danish club aims to invest in young people. The strategy has also been a success in the Danish main series. The team progressed to the upper finals this season.

This season, the team also broke its own record. When FC Nordsjælland won the AGF at home 2-0, the victory came with the youngest team ever: the average age of the opening was 20 years and 20 days. Antman scored in that match.

“The team invests in young people, and that’s the biggest reason I decided to come here,” Antman says.

“At the age of 17, I got to the back of the representative team. Age doesn’t matter here. We are constantly playing against big clubs with young players and fighting for a place on European pitches. ”

“It’s a matter of life and death.”

Danish The league is a high-level European series and also important for the Finnish A national team. For example, now a captain playing in Greece Tim Sparv won several championships in the FC Midtjylland shirt.

It is useful for Finland to know Danish football culture, as the first opponent in the European Championships is Denmark.

“Do you want an honest answer?” Antman asks and starts laughing.

“Well no, I think Finland has a good enough team to beat anyone. It has been seen before. However, Denmark is a damn tough team. ”

“But there are a lot of players out there that I’ve played with here and they weren’t that wonderful. Yes, Finland should take care of things at home, ”Antman continues.

According to Antman, the skill level of the main series is clearly higher in Denmark than in Finland. Skilled players can certainly be found in both series, but the difference is in performance:

“Finland can certainly do the same things as here, but here those things are done constantly. 90 minutes without errors. ”

However, the biggest difference between Finnish and Danish football culture is the hunger for victory, Antman says. All players always want to win, both in games and practice.

“It’s a matter of life and death.”

In Denmark, people are also more passionate about football, Antman says. Normally, there are enough people in the stands.

“Life has been one of training and football, so yes it develops by force.”

In Denmark Antman has been well received. He is allowed to play with his strengths and is encouraged to do so. And Antman’s strength is the same one the coach talked about more than a decade ago: skill.

In connection with this, Antman has been nicknamed the team: The Finnish Messi.

“It’s nice to be called the Finnish Fair, I really don’t mind it. But there is still a little way to go. I’m not quite at the level of Mess yet, ”says Antman.

Also another Finnish player playing in Denmark, Esbjerg fB Joni Kaukoa has been called the Finnish Fair in the country, so Finnish players have a reputation as masters.

But Antman has been considered exceptionally skilled throughout his career. And Antman considers himself skillful.

“My skill is the biggest help and strength of my own game. It’s more than enough for me to be able to play confidently and confidently here. It also makes me stand out from the crowd. ”

The skill has developed through hard work. Antman says his mother once kept a record of how much Antman trained at the age of 12-13. There were more than 50 hours per week, throughout the year.

“Life has been one of training and football, so yes it develops by force.”

Much has also been taken of his skills in marketing the club, as shown by the team’s Twitter account:

“I want to go as far as possible. And I think I have all the ingredients for that. ”

The national team is also a big dream, and Antman praises the Finnish team for the historic venue. He intends to encourage Finland “by a hundred”.

So far, Antmania has not been invited to join the A national team, but the player is involved in the U21 team.

“It is a goal and a dream that one day I will play for the A national team. If the invitation comes, I’m done. And if it doesn’t come for a while, that’s okay too. Then I focus on the club team, and I’m even more prepared. Hopefully the invitation will come sooner rather than later. ”