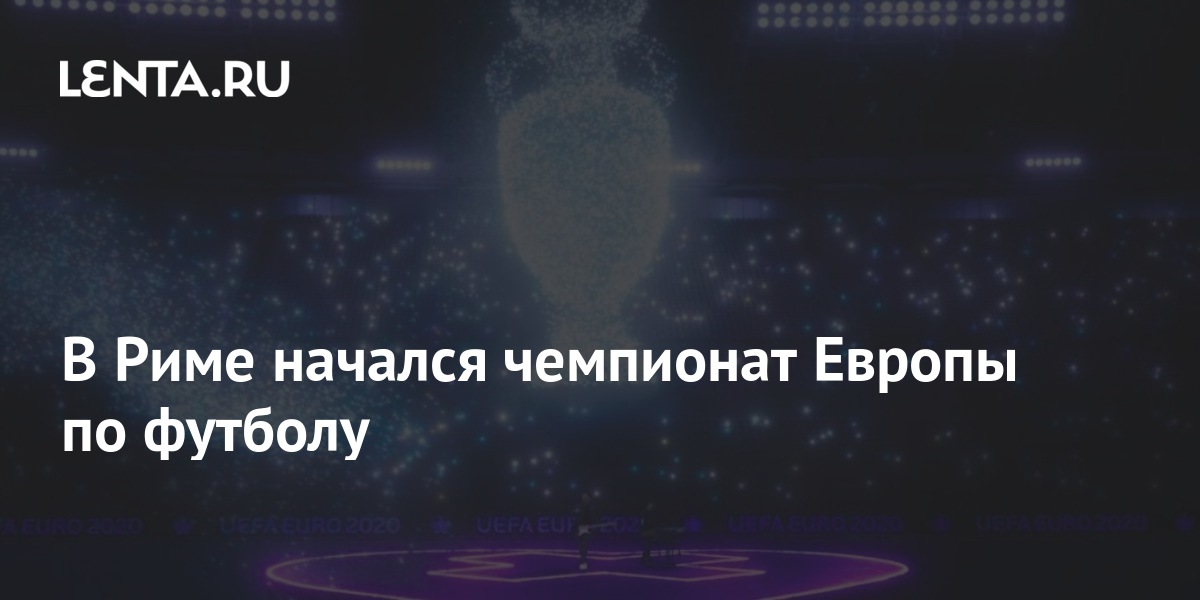 The opening ceremony of the European Football Championship has begun in Rome, Italy, at the Stadio Olimpico arena. The broadcast is available on website Channel One.

As part of the event, performers Martin Garrix, Bono and The Edge will present the song We Are The People. The ceremony will also be attended by former Italian national team players Francesco Totti and Alessandro Nesta. The stadium can be attended by 16 thousand fans.

The European Championship will run until July 11. The final will take place in London at Wembley Stadium.