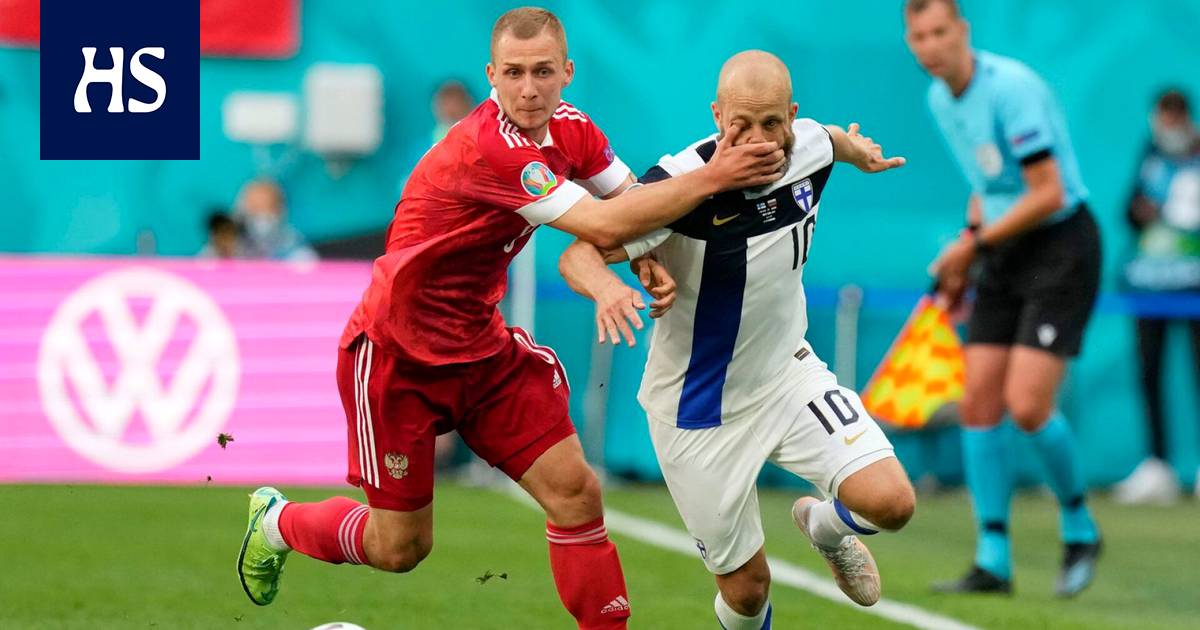 Dmitri Barinov knocked on the Finns repeatedly, but survived with one warning.

Finland lost to Russia in the 0–1 football men’s European Championships on Wednesday, but the match could have turned out differently if the referee had made a different decision in two places.

Barinov left Kamara in the 11th minute, but the Dutch referee Danny Makkelie did not register the situation.

Former international referee Alexei Nikolaev considers Barinov lucky that his match did not end already in the opening period.

“He could very well have been driven out already in the opening period. The visitors kept the pressure on to tie the game when, after 11 minutes, Barinov broke through the center and found himself alone with the keeper. Match for TV.

At the end of the first half, Barinov survived a second time as a dog from the gate as he waved Teemu Pukkia hand to face.

“It was unintentional, but they are often warned.”

“We were lucky, we could have missed the lineup already in the opening period.”