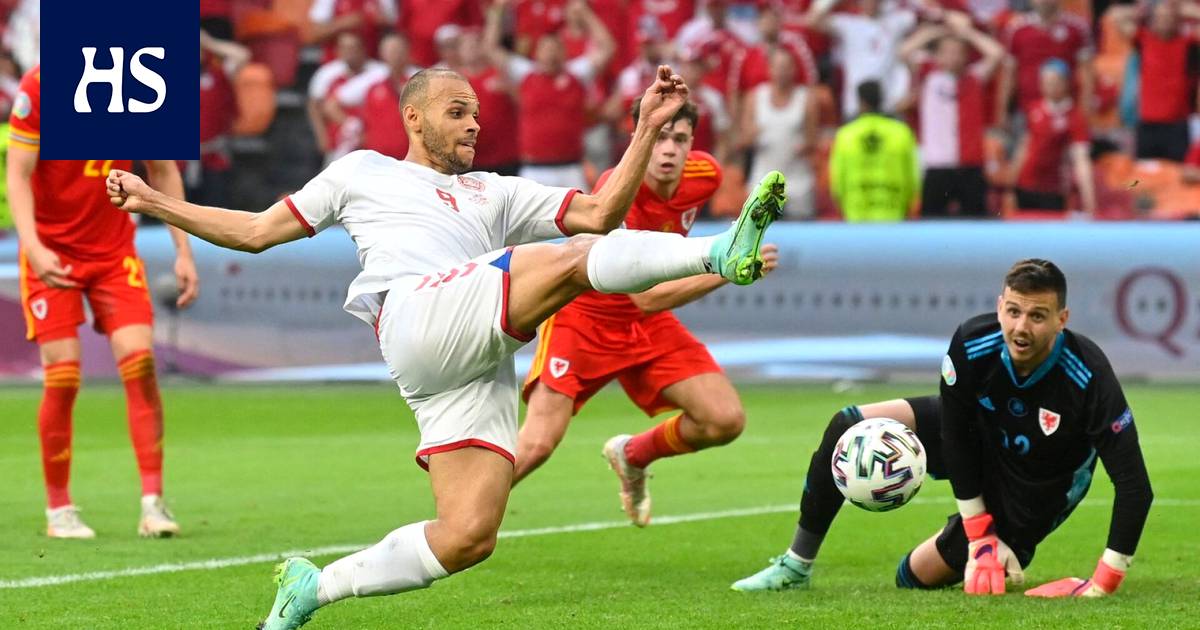 Danish national team striker Martin Braithwaite spent his age 5-7 in a wheelchair. He had Legg-Calvé-Perthes disease, a rare hip disease.

The disease is caused by a circulatory disorder in the femoral head. Braithwaite had to rest his hip. That’s why little Martin couldn’t get in touch with the ball.

“I remember wanting to play football. I watched as everyone else played. I needed someone to come to me because I was trying to jump out of a wheelchair, ”Braithwaite has told The Guardian the newspaper about his childhood.

The disease has a good prognosis when detected before school age as in Braithwaite. He improved, got into football and developed all the way to being a professional.

Today playing as a striker or winger, Braithwaite represents fabulous Barcelona and leads the Danish attack at the European Championships. The fact that he has reached his career all the way to Barcelona has certainly not been clear.

From his native Denmark, Braithwaite moved to Toulouse in the French League in 2013 and, after four seasons, to Middlesbrough in the English Championship.

Time in the North East of England was anything but a success. For two seasons, Braithwaite was on loan in Bordeaux, France, and Leganes, Spain.

After moving to Leganes, Braithwaite did better. So well that the big club FC Barcelona ended up in a little panic to buy him.

Martin Braithwaite (in the foreground) is rumored to be possibly moving away from Barcelona for the coming season after playing time. Rumors have revolved around several Premier League clubs, including Norwich and West Ham. Picture of the opening of the Danish and Finnish European Championships. Picture: Markku Niskanen / HS

The transfer should not have been possible in February 2020, as the January transfer period had expired. In Spain, however, there is a rule that a new player can be acquired from another Spanish club after a transfer period if the player is seriously injured.

The pier was injured from Barcelona for the rest of the season Ousmane Dembele. Braithwaite had scored six goals in the early season. He piqued Barcelona’s interest, even though Leganes was ranked 19th in the series.

Braithwaite was available when Barcelona paid the buy-out price of € 18 million in his contract.

That’s how the Middlesbrough flop had ended up a bit by accident in Barcelona.

In a Barcelona shirt Braithwaite has hit the league three times in 1.5 seasons.

In the European Championships, Braithwaite’s role has been big. He has started all four games in Denmark and tried to score 13 times.

Martin Braithwaite fighting for the ball with Robin Lodi of Finland at the European Championships. Picture: Markku Niskanen / HS

However, he only opened his goal account in the Wales quarterfinals in the 94th minute. The paint was viewed for a long time in the VAR booth as an offside until it was approved. Braithwaite typically didn’t come easily or quickly either.

“I’m not afraid to make mistakes or embarrass myself. When babies learn to walk, they don’t judge themselves after they fall. Keep moving forward, keep learning, ”Braithwaite described his ideology to The Guardian.

He has been underestimated for his level: is it enough for the Barcelona and Danish striker? The goal of the Wales game described the situation well. Many already had time to laugh – still not. The last laugh was given to Braithwaite and teammates, who tore into joyful ventilation, even though the game was already clear.

The significance of the goal was greater than the situation. Braithwaite was able to prove that his quality was sufficient even at the highest level despite the difficulties.

Andreas Cornelius grabbed his goal in the arms of the celebratory Martin Braithwaite in the final moments of the Wales match in Amsterdam on 26 June. Picture: Olaf Kraak / AFP