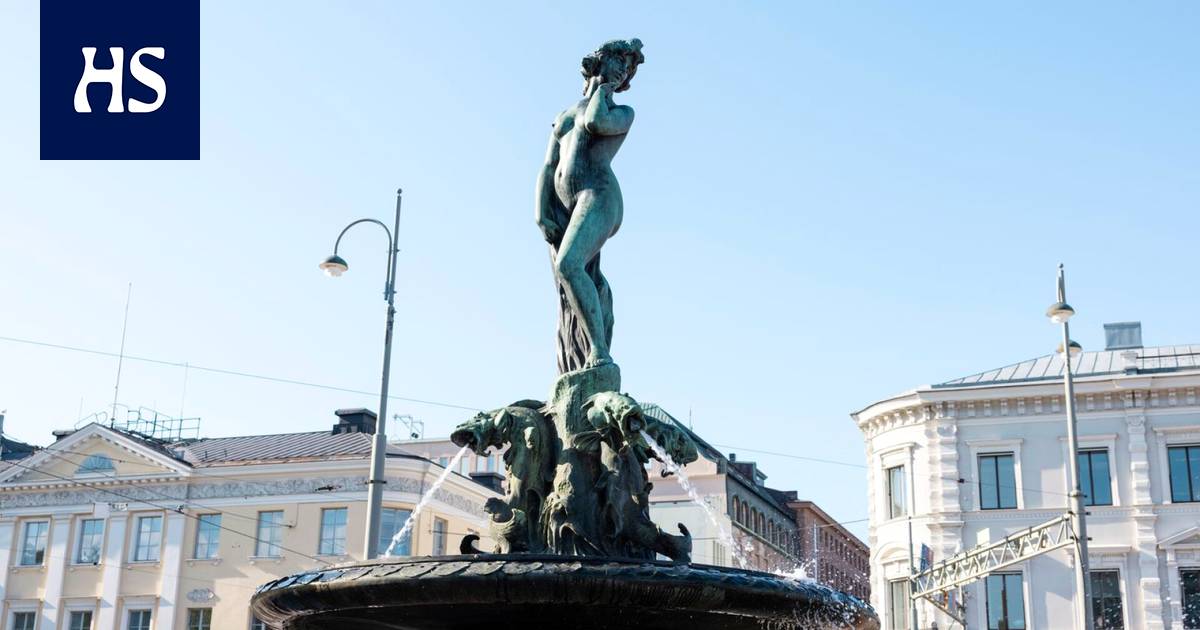 In Helsinki Fences will be erected to protect the Havis Amanda sculpture on Saturday, June 12, the City of Helsinki says in a press release. This is to protect the statue from celebrators of sporting success. Havis Amanda has become a place where sports winners celebrate.

Finland is participating in the upcoming European Football Championship, and if Finland succeeds, the celebrants can start moving.

The more than 100-year-old bronze statue is fragile and its thin body cannot withstand climbing. Climbing Havis Amanda is prohibited.

HS has previously published a special article on the history and condition of the statue.

Read more: “Mantalle!” – The country’s unofficial bailout stand is shaky. HS’s 3D model shows what Manta is like and why it was ridiculed as a “light-hearted street woman”

To protect the statue not only authentic but also guarding is arranged.

The climbing ban protects not only the statue but also the partygoers, as they are more prone to accidents when climbing, the city warns.

Helsinki’s director of culture and leisure Tommi Laitio points out in the press release that if the sculpture is damaged, a claim for compensation will result.