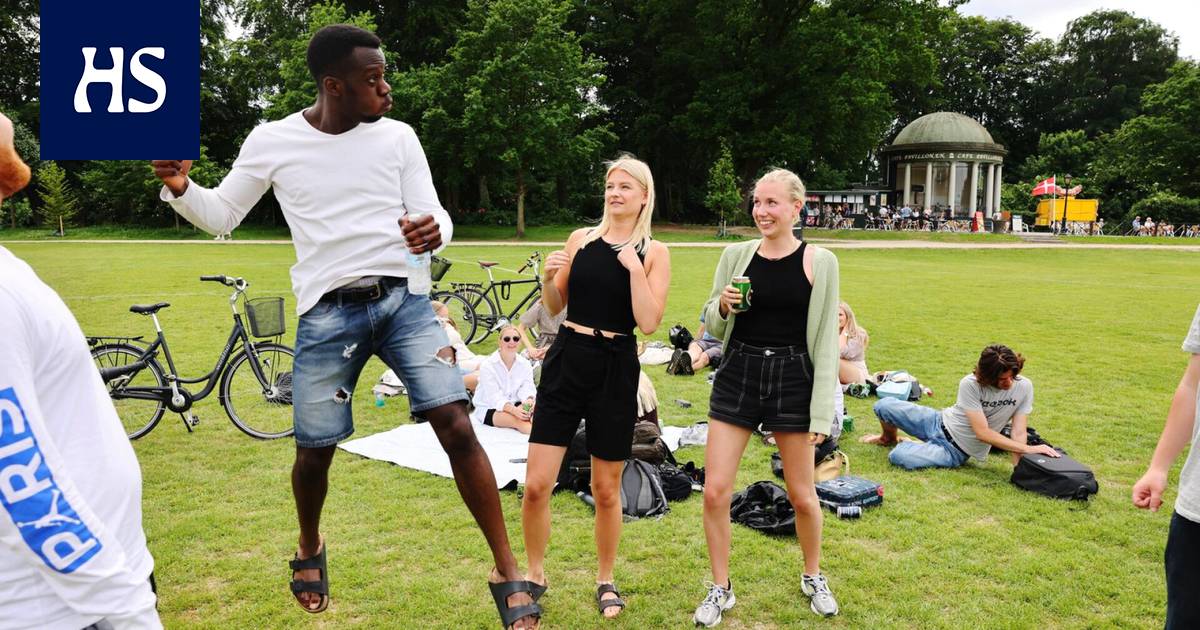 Danish students have a humorous understanding of the Finnish European Championship dreams.

Owls Saturday night’s match against Denmark is important for Finns, but it is also for young Danish people – to the point of humor.

For them, the final result of the match is clear: 3–1. Denmark wins.

“I know Teemu Pukin. He scores a goal, ” Tobias Urhoej softens on a warm afternoon on the outskirts of Parken Stadium on the park lawn in Copenhagen.

He is there hanging out and playing höntsäparkutut together with his fellow students. They all study functional therapy at Copenhagen University of Applied Sciences.

Read more: At the Finland pub in Copenhagen, faith lives on strong – it explodes in the last minutes on Saturday: 1-2!

“Finland is not doing well, you do not have enough players in tough leagues.”

Oh, no? Keeper Lukas Hradecky plays in the Bundesliga at Bayer Leverkusen.

“Leverkusen is not a top club.”

“The Union is not tough.”

Fredrik Jensen and Augsburg do not mention. Apparently for Danish students, the Bundesliga is something of a second tier.

“Yes, Finland has a chance to win the match”, Darcy Nishimwe stroking the speeches of others.

“Darcy is kind,” Urhoej says in a therapeutic gentle tone.

“Finland has a good team. If they play together as a team, they can win. I always believe in under-respondents, ”Nishimwe smiles.

So. Kindness is a good thing, and when faith moves mountains, a pair of flat Denmark doesn’t feel anywhere.