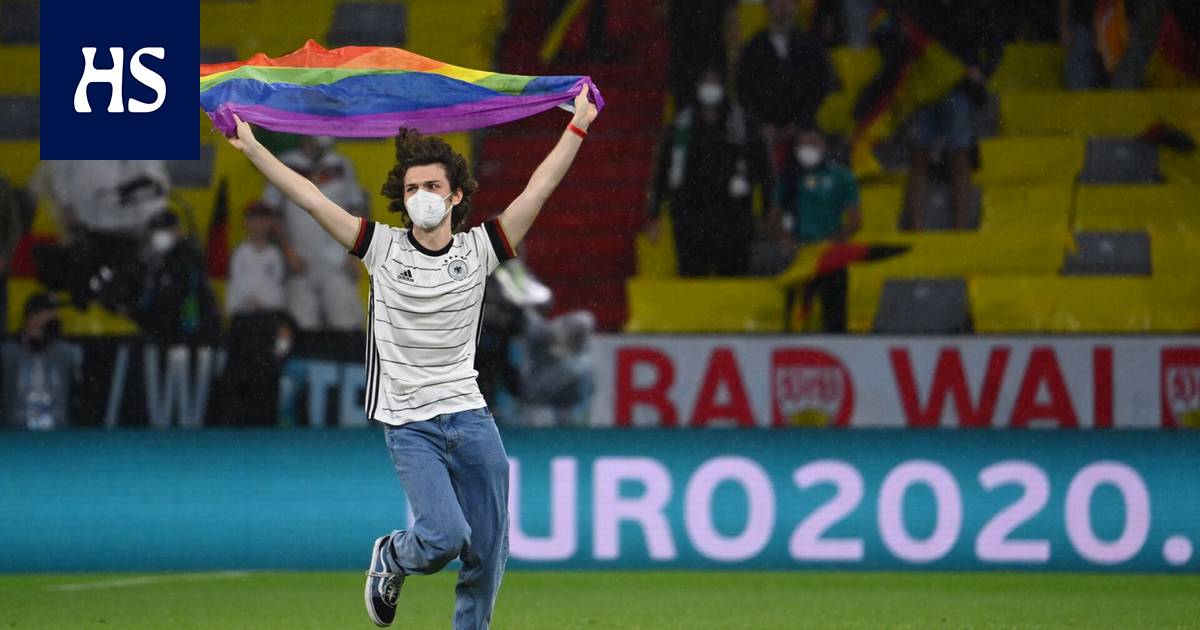 The demonstration took place during the Hungarian national anthem.

German and the match between Hungary and Hungary began with a demonstration when a supporter carrying a rainbow flag rushed to the field.

A fan wearing a German shirt ran to the field while the Hungarian national anthem was playing. The TV images avoided what happened, but the reaction of the audience could be clearly heard.

There were also many colorfully dressed protesters outside the stadium.

Munich Illuminating the Allianz arena with rainbow colors has been a hot topic of conversation during the Hungary match.

Uefa, the European football federation, announced on Tuesday that it is banning the lighting of the arena in rainbow colors. The city of Munich had applied for permission to illuminate.

The wish was linked to a law passed by the Hungarian Parliament earlier in June banning the display of content about homosexuality, gender correction or “anomalous gender identity” to minors.

“Uefa is a politically and religiously neutral organization,” Uefa said in a statement.

“Given the political dimension of the request – a message addressed to the decision of the Hungarian national parliament – Uefan must reject the proposal.”