European covid passports to be extended to Sputnik V 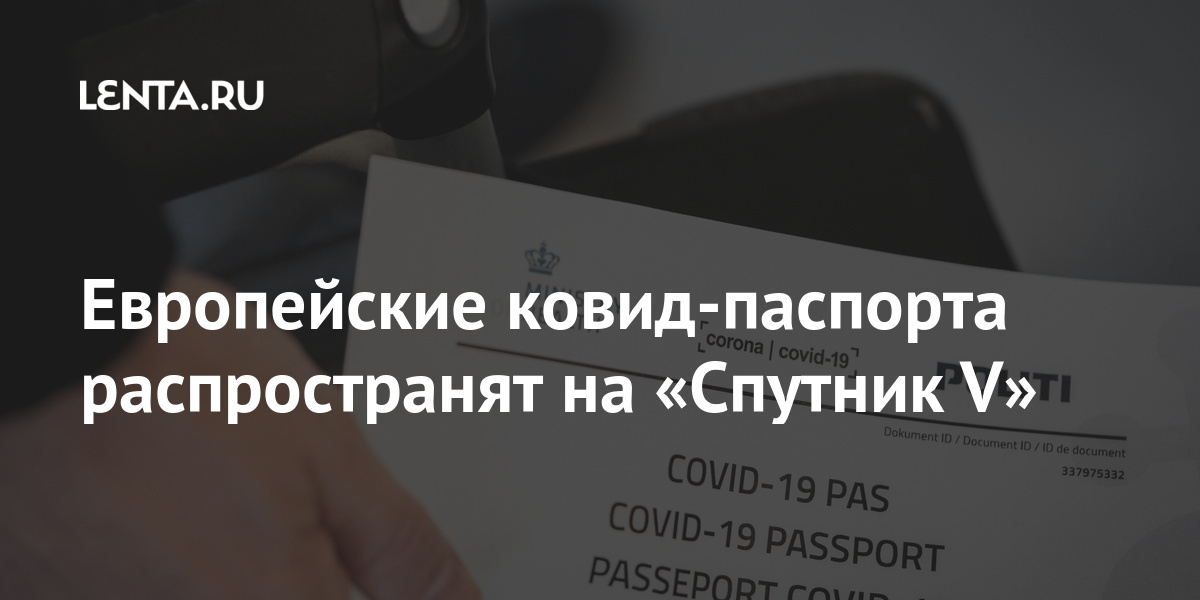 The European vaccination certificates against coronavirus will apply to people vaccinated with the Russian Sputnik V vaccine. The newspaper El Pais writes about this with reference to the draft certificate.

According to the newspaper, such a covid passport will allow people vaccinated with any drug approved by the European Medicines Agency (EMA) to enter the EU member states that have approved the use of this vaccine.

In addition, certificates will be issued to those who received vaccines approved by EU countries at the national level – they will be able to visit these countries. In particular, we are talking about “Sputnik V” and the drug from the Chinese company Sinopharm, used in the vaccination campaign in Hungary and Slovakia. The same will apply to vaccines approved by the World Health Organization (WHO).

Now the draft certificate is being considered by the European Commission (EC). The publication writes that it may be approved on Wednesday, March 17. It is assumed that the document will be issued free of charge in both digital and paper formats. It will be provided with a barcode for reading the information and is drawn up in two languages ​​- English and the language of the issuing country.

In February, German Chancellor Angela Merkel announced that EU leaders had agreed on the need to introduce vaccination certificates. According to her, we are talking about electronic certificates, which will be ready within three months. The documents will be developed by European countries, and technical issues of compatibility of certificates in all EU states will be worked out by the European Commission.

Earlier, Austrian Chancellor Sebastian Kurz made a proposal to introduce covid passports. According to him, such a document will allow free movement in the European Union (EU), in particular, travel, stay in hotels, attend cultural events and restaurants.

60 years old | “I am attracted by the opportunity to shake up the usual practices,” says Mari Walls, Rector of the University of Tampere.