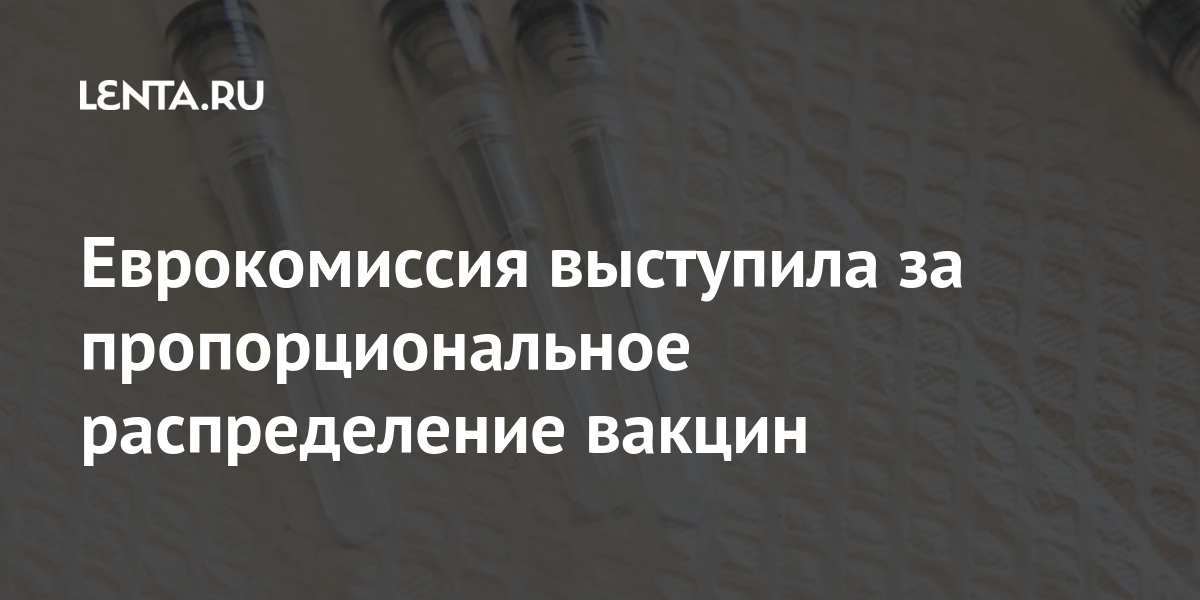 The European Commission (EC) advocated the distribution of vaccines among European states in proportion to their population. This is stated in a statement by the EC, writes TASS…

Vaccine dose allocation under preliminary procurement agreements was carried out in a transparent process. The EC agreed with the recent statements of a number of EU member states that the fairest solution to the issue is the distribution in proportion to the size of the population of each state.

“If a Member State decides not to take on the proportional distribution, the doses are reallocated among the other interested States. If the states want to return to the proportional basis, they will have to come to an agreement, ”the European Commission said in a statement.

In November 2020, the leaders of the G20 countries pledged to equitably distribute coronavirus vaccines and medicines around the world. “We will spare no effort to ensure equal access for all people. We recognize mass vaccination as a global public good, ”said the draft communiqué of the online summit.

Söder’s corona snaking course: Bavaria’s head of state criticizes Armin Laschet – and then does it exactly the same

The Armor of God: Who is Diego Valenzuela and why you should read his book | EarthGamer