Europe plunges into another wave of covid pushed by new variants 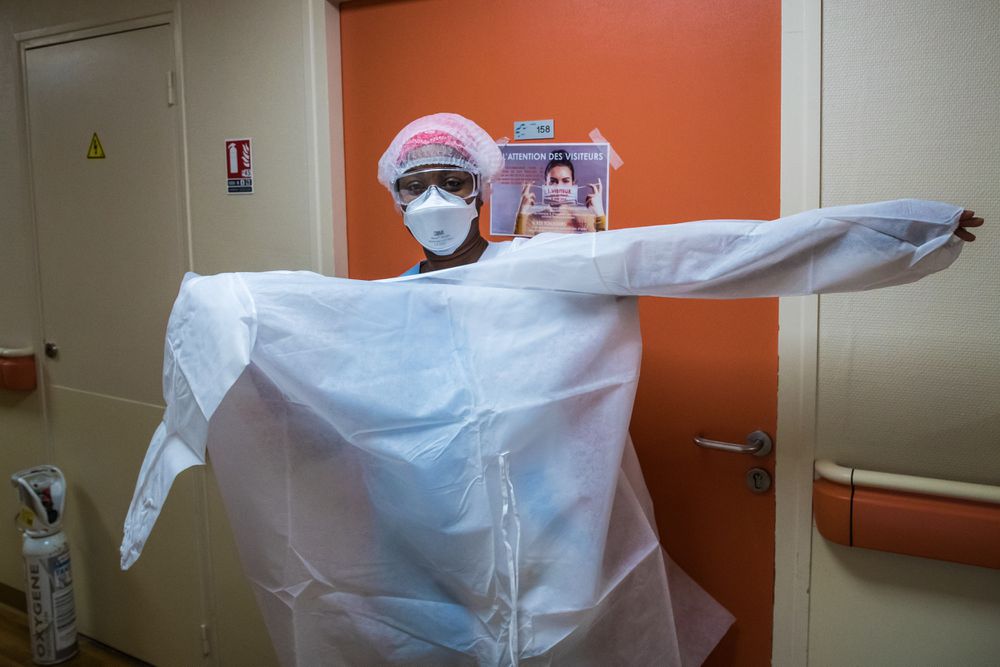 France and Italy have once again confined a good part of their population, while Germany will suspend the timid openings that it had designed to leave behind the more than three months of strict restrictions that the country is dragging. The third wave of coronavirus is already hitting all of Europe hard. In three weeks, the incidence of cases in the continent has risen by 34%, and the World Health Organization (WHO) warns of the need not to relax measures to prevent infections. Vaccination progresses very slowly and will not be enough to prevent an increase in serious cases and deaths, experts say. The new, more contagious variants of the coronavirus largely explain this third wave, which in some places, such as Germany, occurs despite the fact that the country has maintained the closure of public life.

The president of the Spanish Epidemiology Society, Joan Caylà, warns that Spain could also be entering the wave in which most European countries are already. In this case it would be the fourth. Both Spain and Portugal experienced the peak of their third wave at the end of January. Caylà points above all to the effect that France may have, as it is a neighboring country with which there is a lot of exchange. France has an incidence of almost 500 cases per 100,000 inhabitants in 14 days, which is practically three times that of Spain.

“We have learned that if the measures are relaxed, we will go up,” says José María Martín Moreno, doctor in Epidemiology and Public Health from Harvard University. “The problem is that this bug does not understand borders. We are allowing flights with other countries that have a complex situation. We are seeing waves and flows that are passing from one country to another, but it is natural, it is a germ that passes from one person to another. That is why it is so important to understand that developing countries must be helped with vaccines; not only for ethics and solidarity, but because we will not get out of this until the last country has left ”, he adds.

In Germany, where the curve of new cases went up three weeks ago, experts are already talking about “exponential growth” and attribute it largely to new variants of the virus, such as the British one, which has spread throughout the country. (It already represents 75% of the cases analyzed) and it is more contagious. German Health Minister Jens Spahn warned at a press conference on Friday that Europe does not have enough vaccines to contain this third wave. The continent has seen its vaccination plans go awry by the hiatus in the use of AstraZeneca’s immunization. Most European countries stopped using the vaccine after several episodes of thrombosis appeared. The European Medicines Agency made the decision to re-administer it on Thursday after declaring it to be “effective and safe.” At best, only four days of vaccination were missed. Germany, France and Italy, for example, resumed their schedules the next day, Friday. Spain, on the other hand, will still wait until next week to inject the preparation again.

“There are almost all the countries of Europe on the rise and very high, with enormous healthcare pressures,” says Fernando Rodríguez Artalejo, professor of Preventive Medicine at the Autonomous University of Madrid. “It is not very easy to understand what is happening there, but it is probable that throughout Europe there has been a relaxation that we are also seeing now. Simply by this mechanism of social contagion, with a euphoric phase of vaccination, pandemic fatigue, it is normal for people to relax, we are seeing it. It is not so much that the infected come to us from Italy or France, but probably the phenomena that underlie there can affect us and it is one more reason to maintain the tension ”.

After verifying that the surgical measures (weekend confinements) imposed in some areas did not serve to contain the virus, the French Government decided this week to apply a third confinement in Paris and 15 other departments with worrying hospital admissions figures. It will affect 23 million people, will last a month, and schools will remain open. About half of Italians will also live in confined areas until at least April 6, according to their new Executive decided a few days ago. Confinement means that all non-essential businesses must remain closed and that you can only leave home for health or work reasons, or to exercise, but only close to home. Italy borders an incidence of 500 cases per 100,000 inhabitants, according to the latest data from the European Center for Disease Prevention and Control (ECDC).

This body alerts in your most recent report that, at the end of week 10 (which ended on Sunday, March 14), 20 countries in the European economic area reported increases in the number of daily infections and / or in the positivity of the tests, that is, in the percentage of tests that give positive on the total. When this indicator rises it means that control over the pandemic is lost. Another 15 countries reported to the ECDC that their hospital admissions and ICU bed occupancy are growing. “The absolute values ​​of the indicators remain high, which suggests that transmission is still widespread,” says the European center, which also recalls that the countries that now detect that the incidence is rising will see hospital admissions and deaths in the next weeks.

German Health Minister Jens Spahn acknowledged on Friday that the reopening plan that his government had designed just a few days earlier with the Länder will surely come to nothing. “The increase in figures may mean that in the coming weeks we cannot take further steps towards greater openness and that, instead, we even have to back down,” he said at a press conference in which one of the country’s best-known experts , the epidemiologist and Social Democratic deputy Karl Lauterbach, insisted on closing everything again as the only way to stop the “withering” third wave looming over the country. Schools and kindergartens began to open in Germany from March 1, after two and a half months without face-to-face classes. The hotel business has been closed since November 2 and it was expected to open the terraces of bars and restaurants from March 22, but the growth of the incidence will not allow it. The non-essential stores, which had opened with a pre-appointment system that requires registering everyone who enters, could close again if so agreed by Angela Merkel in the meeting that she will hold on Monday with the leaders of the Länder.

Photo .. Volcano eruption near Reykjavik, the capital of Iceland